LINCOLN (KFSM) – A Washington County judge said the Townhouse Apartments are in such bad shape that he has declared it a nuisance. The second story deck is rott... 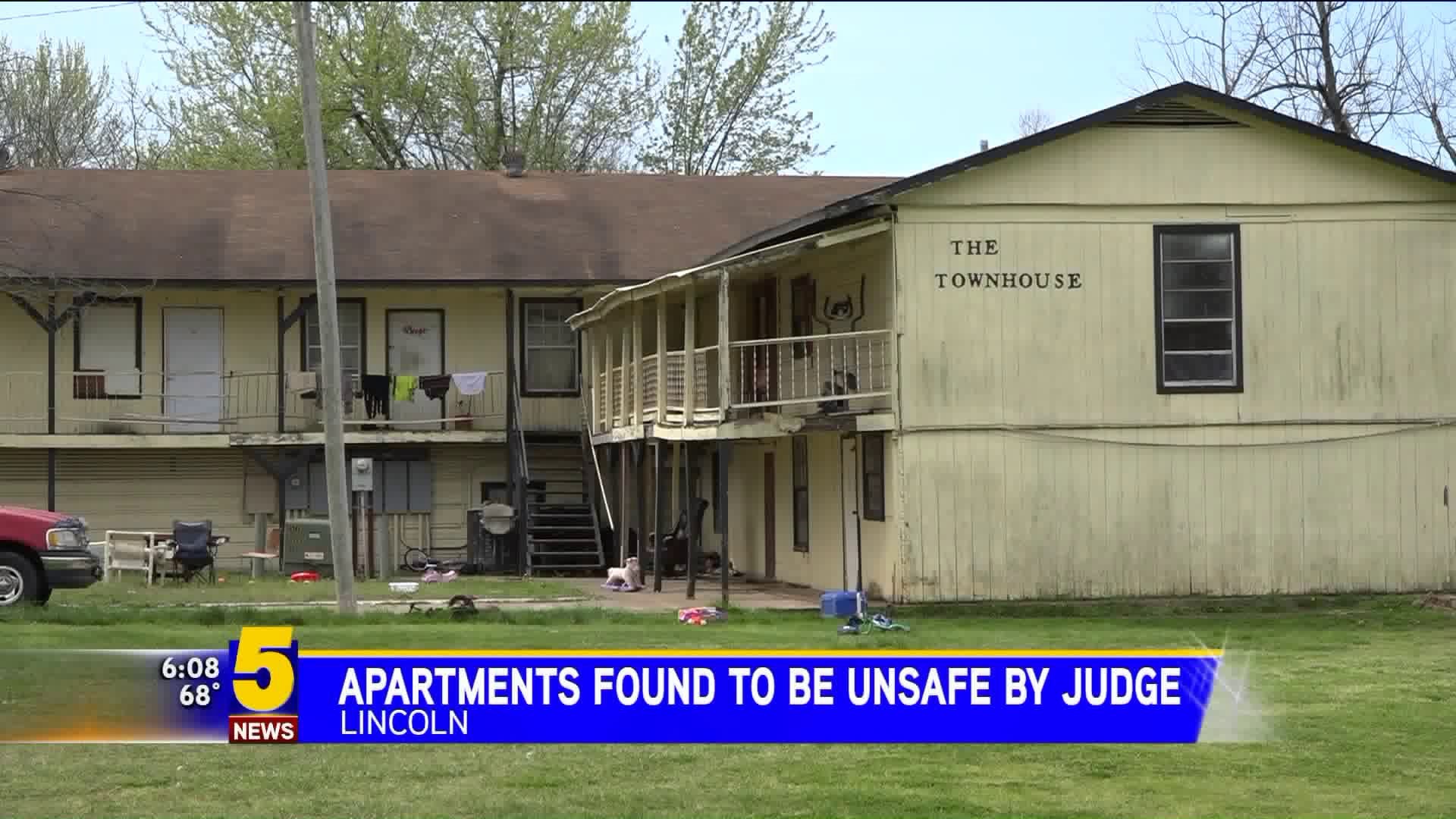 LINCOLN (KFSM) – A Washington County judge said the Townhouse Apartments are in such bad shape that he has declared it a nuisance.

The second story deck is rotting, part of the electrical system does not work and there is a lack of working smoke detectors, according to the building inspector and fire administrator who investigated the complex. They said that's just a few of the issues they found.

Residents did not want to go on camera to talk about the issues because they say because they feared retaliation from their landlord.

Lincoln City Attorney Steve Zega said in a hearing this week that the judge found the complex to be a public nuisance, giving the landlord 30 days to bring everything back to code.

“The building is a wood-frame building and is old, and our concern is that it will burn up in no time at all if it catches on fire," Zega said. "Because of the balcony, people will be trapped upstairs. It won't take much to bring that balcony down."

Zega said they have not been happy with the progress since the lawsuit was filed. He knows some residents are concerned that the complex could be torn down.

“We don't want to make people homeless, even if they have someplace else to go. If that's the place they chose to live, then we would like that to be where they live," he said. "But they can't live in it the way it is right now.”

If the landlord doesn't bring these apartments back up to code, then he will be held in contempt of court.