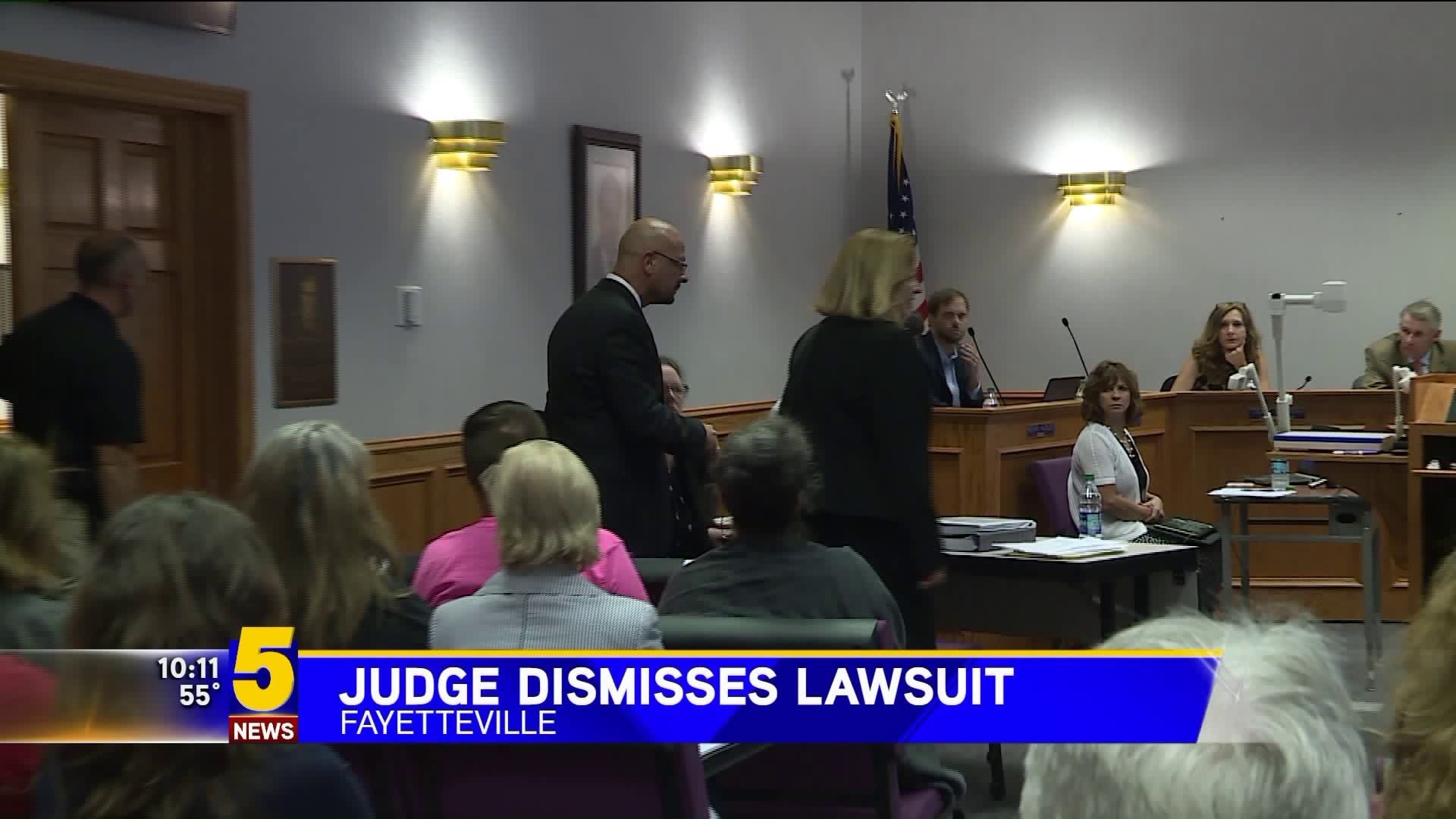 Wendt's lawyer, Randy Coleman, said he plans to refile and keep fighting "until we find a remedy."

Wendt sought $1.5 million or reinstatement, arguing that the district's internal investigation found "no basis" that he sexually harassed Shae Lynn Newman, according to court documents.

“We were confident that the lawsuit was without legal merit, and we are pleased that the court has agreed and dismissed the case," Alan Wilbourn, spokesman for Fayetteville schools, said in a statement.

Coleman said his client continues to have trouble finding employment due to his portrayal as a "sexual predator" by Newman and the district.

Wendt said he has been rejected from more than 100 openings, including working as a car salesman, based on his alleged conduct at the district.

"Newman and the district really hurt him bad," Coleman said.

Newman accused Wendt in March 2018 of sexual harassment. Then, in April 2018, Newman's lawyer, Suzanne Clark, released a letter from Newman accusing Wendt of making unwanted sexual advances and threats toward her.

Wendt was fired on June 18, 2018, for breach of contract for derogatory comments against a fellow employee violating district policy, according to Susan Kendall, attorney for the School Board.

Text messages between the two, obtained through the state Freedom of Information Act, show Wendt allegedly sent Newman several sexually explicit messages after the two had an affair.

Coleman described their relationship as a consensual affair that was rekindled by Newman.

Wendt later accused Newman of using “the media in lieu of the proper forum to resolve issues” and launching a “public relations piece disguised as a legal pleading,” according to court documents.

Clark argued that Wendt filed his lawsuit to unmask his accuser.

“Wendt’s intention in filing his complaint was to disclose (Newman’s) identity and make public assertions he apparently believes exonerate his repugnant and abusive conduct toward Ms. Newman,” Clark said in court filings.

“Wendt laments his lack of employment and faults (Newman) for that status. If Wendt wants someone to blame for being out of a job and ‘damaged in the marketplace,’ he should look in the mirror.”