SPRINGDALE (KFSM) – Josh Duggar, of TV’s “19 Kids and Counting” fame, has resigned from the Family Research Council after accusations be... 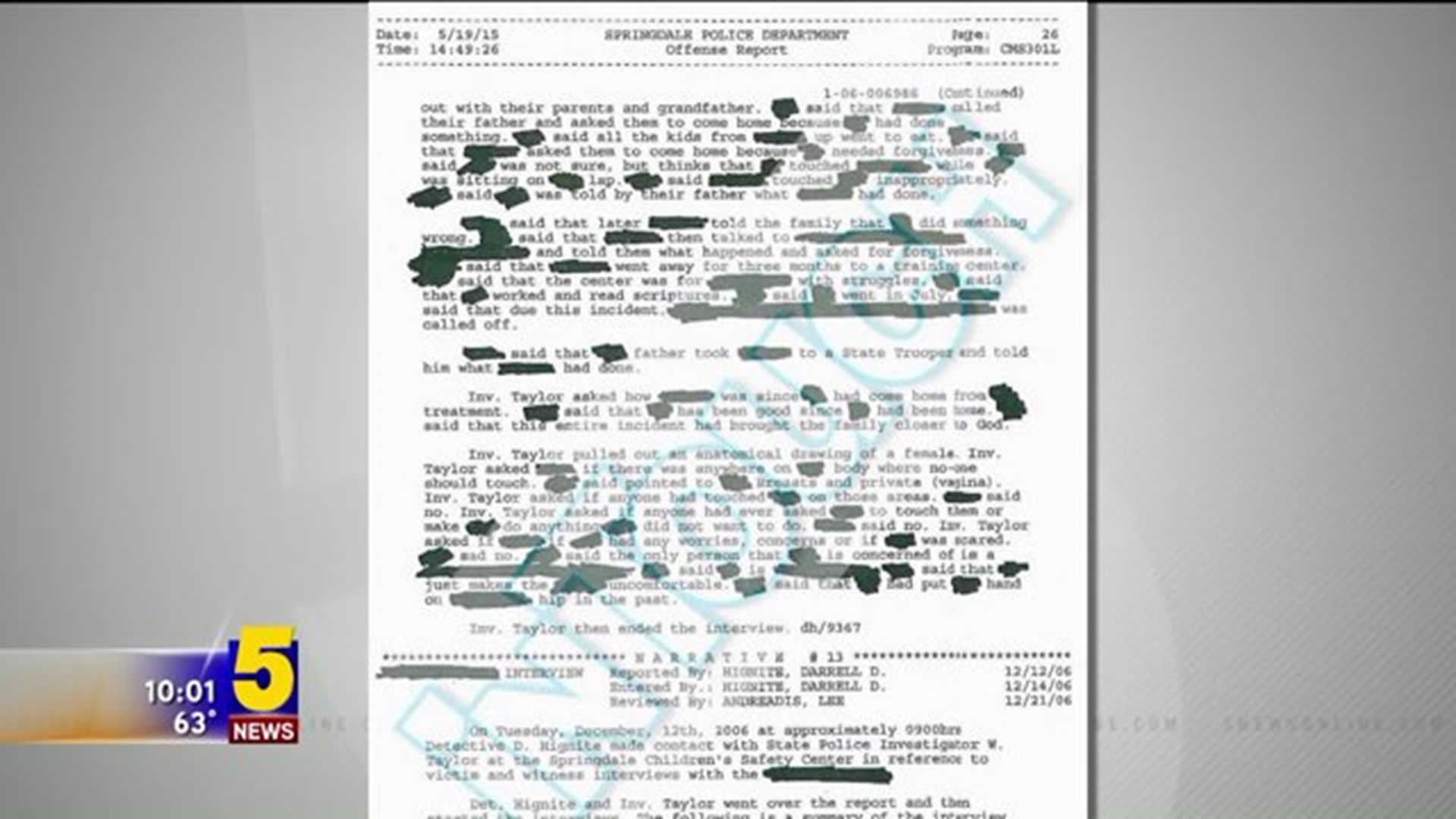 SPRINGDALE (KFSM) - Josh Duggar, of TV's "19 Kids and Counting" fame, has resigned from the Family Research Council after accusations become public that he was accused as a teen of molesting five underage girls, according to People magazine.

"Twelve years ago, as a young teenager, I acted inexcusably for which I am extremely sorry and deeply regret. I hurt others, including my family and close friends," Josh Duggar, 27, told People in a statement.

The magazine reports that his family is standing behind him, including his wife, Anna, and parents Jim Bob and Michelle

"When Josh was a young teenager, he made some very bad mistakes, and we were shocked," Jim Bob Duggar, 49, and Michelle Duggar, 48, said in a joint statement. "We had tried to teach him right from wrong. That dark and difficult time caused us to seek God like never before."

Anna Duggar, 26, said he confessed his "past teenage mistakes" two years before he proposed marriage, the magazine reports. She said she has confidence the counseling he received has changed his life.
"He continued to do what he was taught. [I know] who Josh really is – someone who had gone down a wrong path and had humbled himself before God and those whom he had offended," she said.

The statements above also are posted on the Duggar Family Official Facebook page.

The issue began to escalate after In Touch Weekly revealed in a story on Wednesday (May 20) that it obtained a Springdale police report on the molestation accusations.

On Thursday (May 21), Washington County Juvenile Judge Stacey Zimmerman issued a court order that the police report be destroyed and expunged from the public record to protect the identify of a minor sex-crime victim.