JOHNSON (KFSM) — The Johnson planning commission voted unanimously on Thursday (Sept. 7) to deny a conditional use permit that would allow a quarry in the... 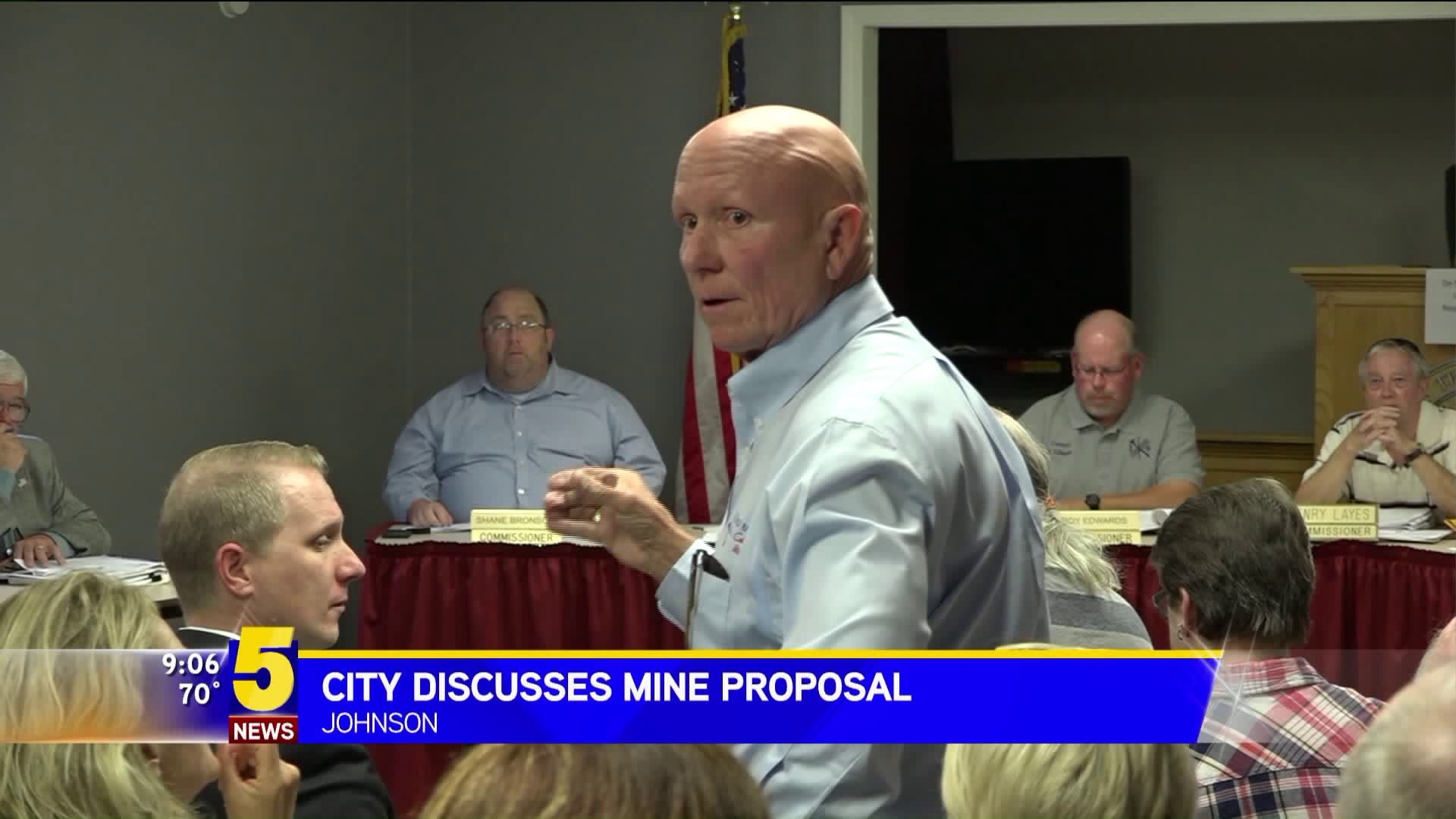 JOHNSON (KFSM) -- The Johnson planning commission voted unanimously on Thursday (Sept. 7) to deny a conditional use permit that would allow a quarry in the town.

Bob Hill is a local business owner and has lived in Johnson for 50 years. He said that there used to be a mining operation in Johnson that caused a lot of issues for residents.

"It really was, it was like it shook our windows and I remember that very distinctly growing up in the 1950s and 60s here," Hill said. "We just hate to see that happen again with all the things that are going on in Johnson, the positive development, I would just hate to see that be a negative and end up hindering what we are trying to do here."

Zero Mountain, Inc. spoke against the project saying that they were worried about the safety of their employees and products with the possible blasts that the quarry could bring.

5NEWS reached out to Terminella after the meeting, but he declined to comment.

The city says Terminella can still appeal the decision to the city council.