(CNN) — John Singleton, a versatile director who made a splash with “Boyz in the Hood” and went on to a variety of projects — including ... 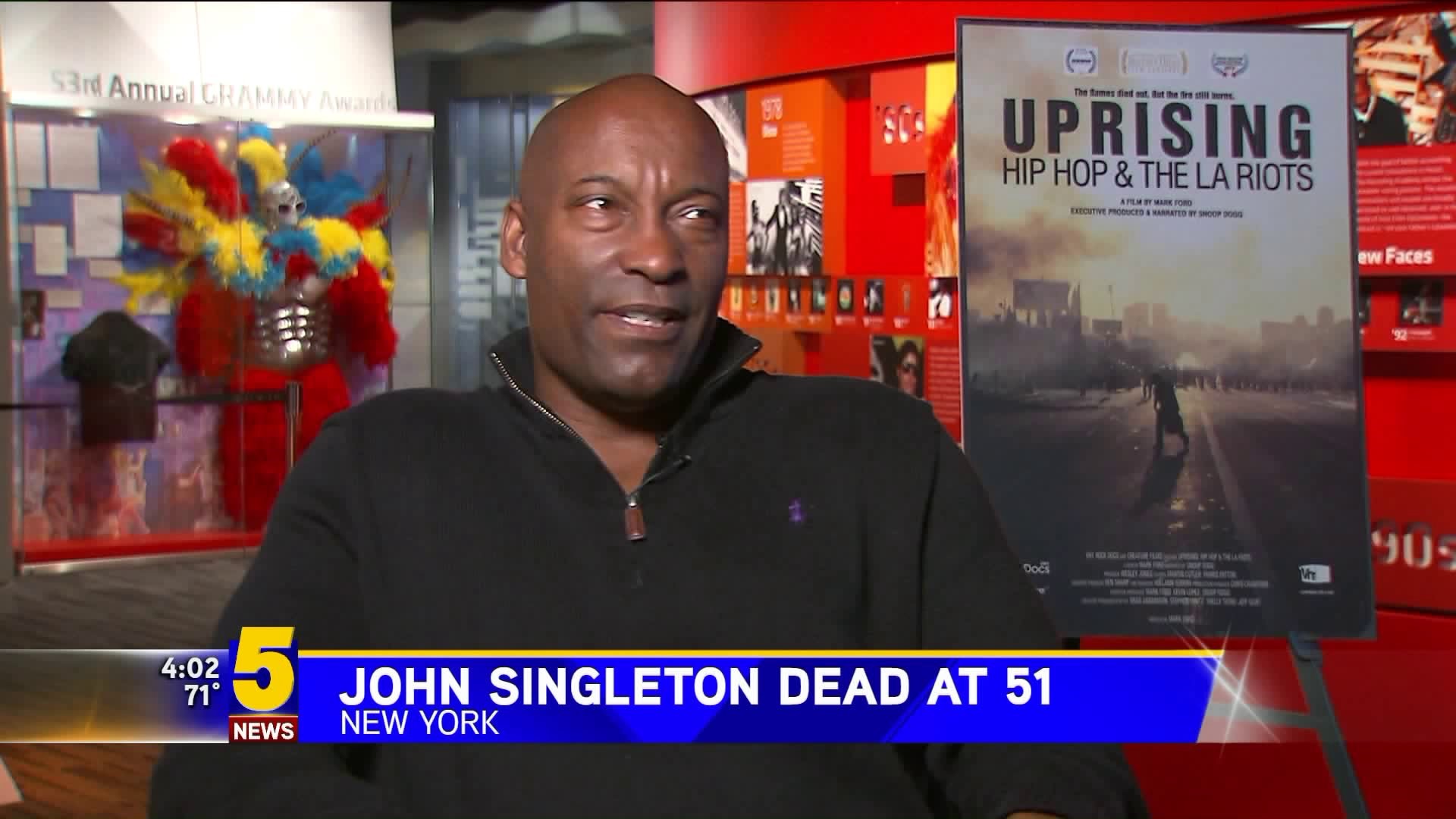 (CNN) -- John Singleton, a versatile director who made a splash with "Boyz in the Hood" and went on to a variety of projects -- including "2 Fast 2 Furious" -- has died after suffering a stroke. He was 51.

The director, who had been in a coma since suffering the stroke on April 17, died Monday, his family told CNN in a statement.

"John passed away peacefully, surrounded by his family and friends," Singleton's family said. "We want to thank the amazing doctors at Cedars-Sinai Hospital for their expert care and kindness and we again want thank all of John's fans, friends and colleagues for all of the love and support they showed him during this difficult time."

In 1992, at the age of 24, Singleton became the youngest person to ever receive an Oscar nomination for best director for "Boyz in the Hood," a film based on his experiences growing up in South Central Los Angeles. He also was the first African American to be nominated in that category.

He wrote the screenplay while attending the cinema school at USC, winning various awards while a student that lead to his signing with Creative Artists Agency, the powerful talent agency.

Singleton worked steadily in a variety of genres, directing dramas like "Rosewood" and "Baby Boy," a remake of "Shaft" starring Samuel L. Jackson and the action vehicle "2 Fast 2 Furious," the first sequel in "The Fast and the Furious" franchise, in 2003.

Most recently, Singleton has been active in television as both a producer and director, which included co-creating the FX series "Snowfall" -- a drama about the early rise of the crack cocaine epidemic -- and episodes of shows such as "American Crime Story: The People v. O.J. Simpson," "Billions" and "Empire."

Early in his career, Singleton also directed Michael Jackson's music video for the song "Remember the Time," which he called "a phenomenal experience." He also directed a movie starring Janet Jackson and Tupac Shakur, "Poetic Justice."

In an interview coinciding with the 25th-anniversary re-release of "Boyz in the Hood," Singleton said he was "living this film before I ever thought about making it."

Given the accolades he earned at such an early age, many of Singleton's later films didn't live up to that promise. His output slowed after a stretch of films in the 1990s, and in a 2017 interview with the Guardian, he said, "I could have done more movies," noting that some of his experiences with Hollywood, and its treatment of African-American movies and filmmakers, had inspired his move into television.

As a producer, Singleton was involved with the movies "Black Snake Moan" and "Hustle & Flow." In 2011, Singleton sued Paramount Pictures for $20 million, claiming the company had violated an agreement with him related to the release of "Hustle & Flow." The parties settled for an undisclosed sum the next year, on the eve of trial.

A dispute has ensued between Singleton's mother, Shelia Ward, who has sought conservatorship over his estate, and other family members.