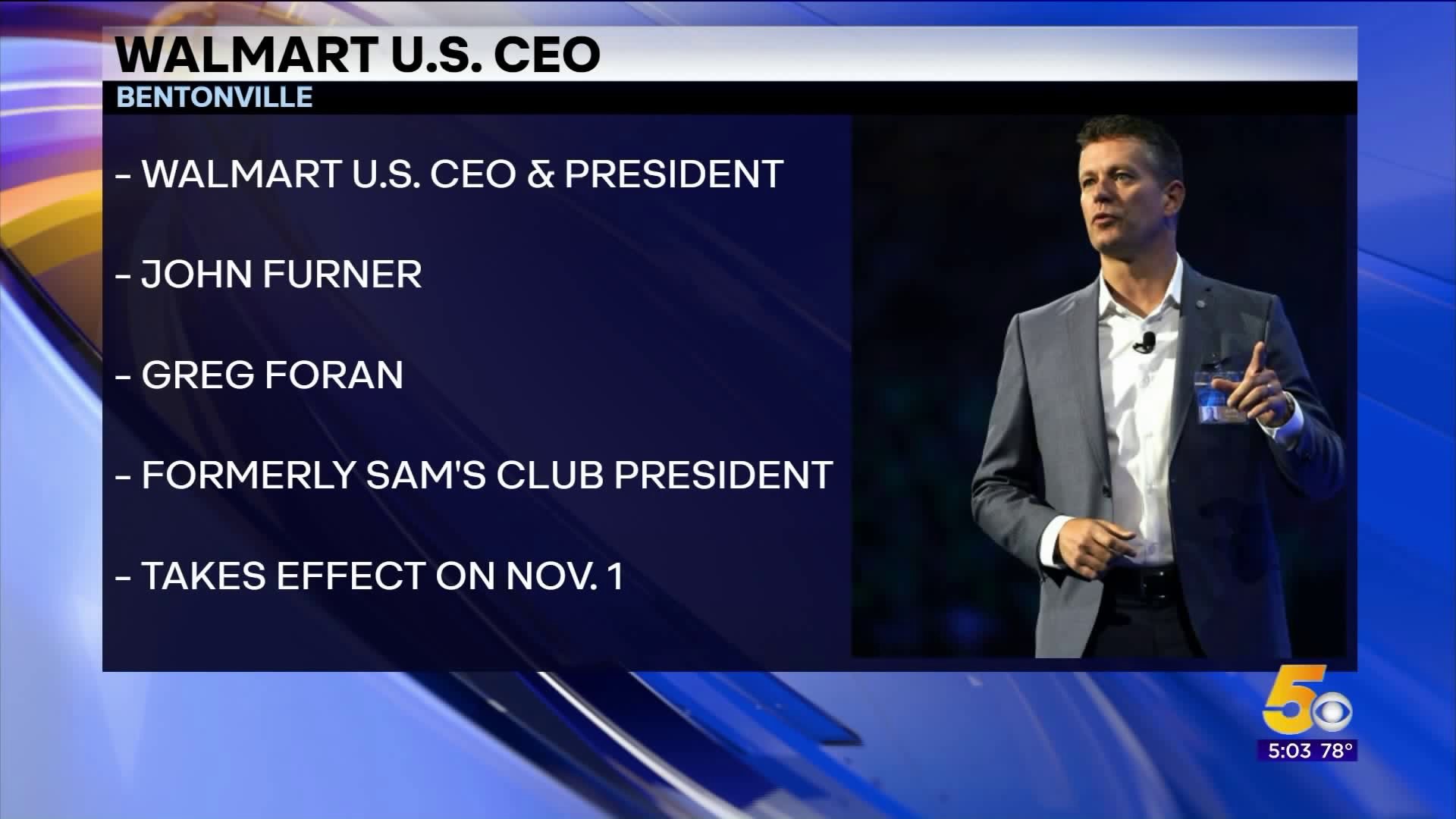 Furner started at Walmart as an hourly associate in 1993, working part-time in the garden center of a supercenter. He later became a store manager, district manager and buyer. Walmart says Furner also held many leadership roles Walmart U.S., Sam's Club, and Walmart International.

“John has done a fantastic job at Sam’s Club, and he will continue the momentum we have in Walmart U.S.,” said McMillon. “John knows our business well, having held many different jobs in the company over more than 25 years, and he is helping transform it for the future. He has the experience and judgment to know what we should continue doing and what we should change. He embraces technology and new ways of working, and he keeps our customers and Sam’s Club members at the center of everything we do, while delivering results for the business. I look forward to seeing his impact for our customers and associates in Walmart U.S.”

“I’m grateful for this opportunity and ready to get started,” said Furner. “There’s no better place than Walmart U.S. to touch the lives of millions of customers and associates. Together with the team, we will build on the progress under Greg’s leadership and continue to make Walmart an even better place to work and shop. I also want to thank the Sam’s Club team. My years with you have been amazing.”

“It has been an honor to lead the team at Walmart U.S.,” said Foran. “I’m proud of what we’ve been able to achieve at a unique moment for retail and want to thank the associates who made it happen. It is bittersweet to leave Walmart, but this incredible opportunity to lead an iconic Kiwi brand was one I could not pass up, and I’m looking forward to this next chapter.”

Furner's successor as President and CEO of Sam's Club will be announced at a later date.