SILOAM SPRINGS, Ark. (KFSM)–The celebration continues at John Brown University for its 100 year anniversary. Students, faculty, and staff got to witness a... 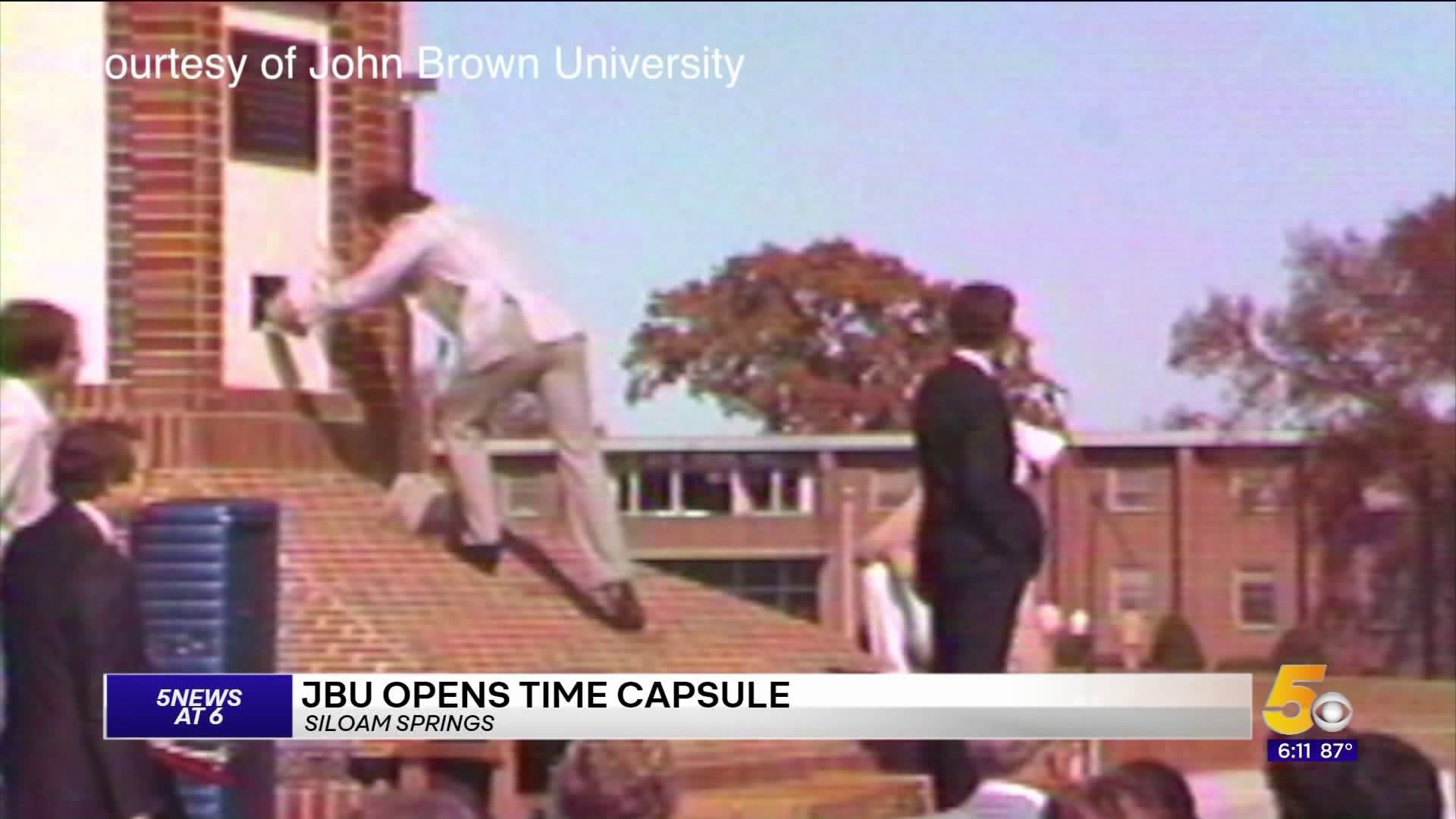 Students, faculty, and staff got to witness and be a part of history.

Part of the centennial celebration included the unveiling of a time capsule from 1982.

Some alumni can even remember the day the capsule was buried like it was yesterday.

“It was the end of October, and the cold front came through, it was very cold, so we were all standing here huddled and wanting it to get over with fairly quickly so we could get inside and warm up," Steve Onnen, Class of 82' said.

Hundreds poured in to watch the reveal of items that haven’t seen daylight in nearly 40 years.

“It means 37 years have gone by very quickly. The other thing that I noticed that when they took the contents out of the capsule itself was that most of the paper goods were damaged by water," Onnen said.

Beneath the flagpole monument were treasures from the 80s that defined a generation.

Like a Joy Song album, a recording from a show called 'That’s entertainment 82', and the video footage from the 1982 ceremony.

“Just excited for this day and many friends that I've known over the years have come here to celebrate this weekend, so it’s a special time," John Brown III said.

Current students got to vote on the contents of a new time capsule including an iPhone, chocos seen on students all over campus, and a copy of the highest-grossing movie of all-time Avengers Endgame.

Later this fall, the new time capsule will take the place of the old one and unearthed on the 150th birthday of JBU.