LITTLE ROCK (KATV) — The latest crop of college graduates are getting their diplomas and many are preparing to enter the workforce. While it can be a nerve-wrac... 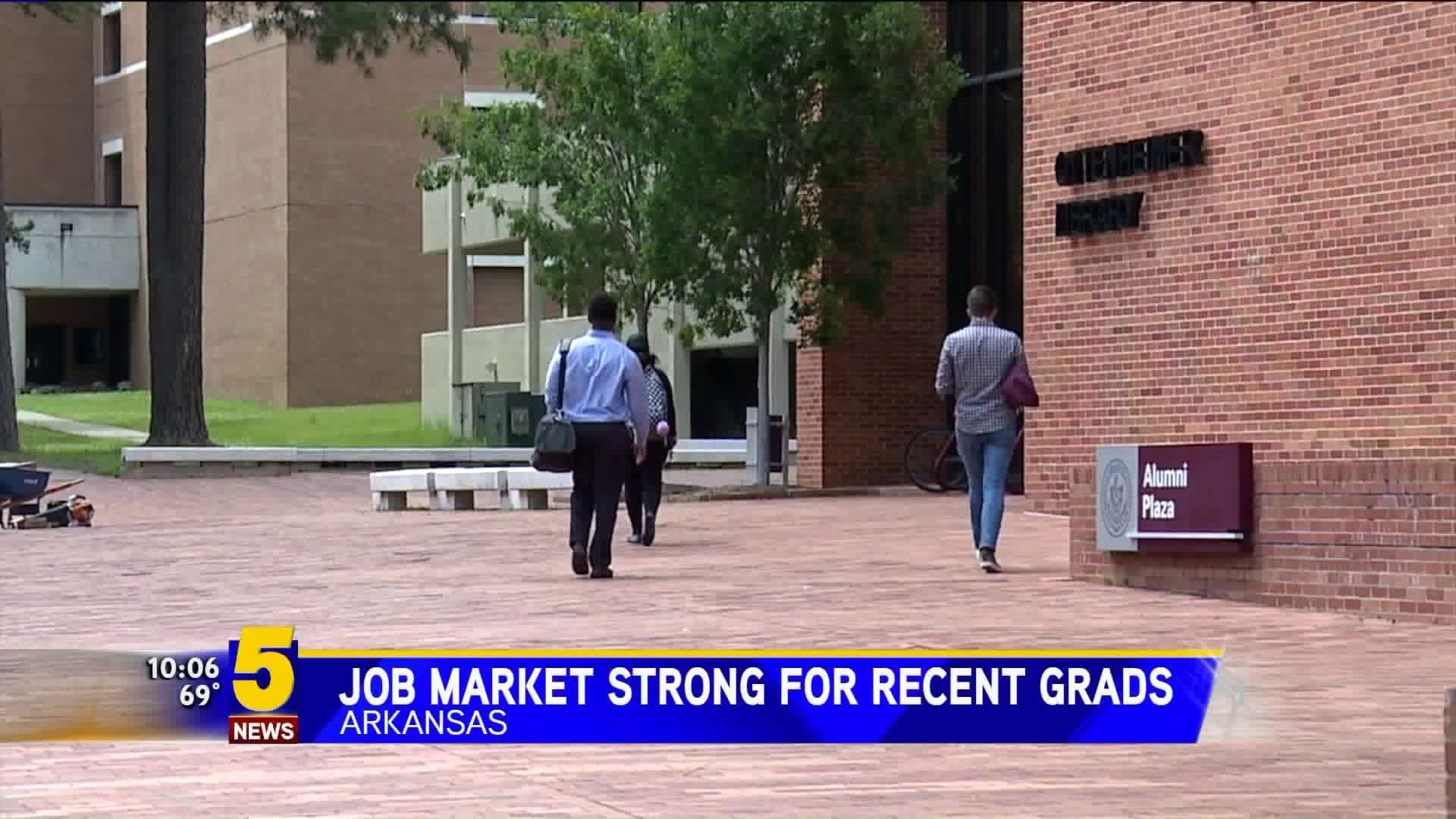 LITTLE ROCK (KATV) — The latest crop of college graduates are getting their diplomas and many are preparing to enter the workforce.

While it can be a nerve-wracking process, analysts say a strong job market might make the job hunt less stressful.

The University of Arkansas at Little Rock has been home to Luke Johnson for the past four years.

But Tuesday was the last time he walked the campus as a student before heading into the workforce.

"When I walk to class, I see everyone I know and they stop and talk to me," Johnson said. "That will be hard to leave."

He says he's already had a couple of job offers but is still waiting for that perfect fit.

"I want to teach in an environment that really needs a biology teacher," Johnson said. "I don't want to go somewhere to just fill a void."

It's the same story for many grads.

Micheal Pakko, a state economic forecaster at UALR says there's a wealth of job opportunities out there with the economy on a high hot streak.

He says the country's unemployment rate is now at a 50 year low.

"Here in Arkansas, the unemployment rate has been below four percent even longer than other parts of the nation," Pakko said.

He says grads don't have to go far to find a job.

Pakko says grads do not have to limit their careers to the major on their diplomas.

"One of the things about a college education is it gives you a broad background experience and ability to learn new skills," Pakko said. "That's what employers are looking for."

And even though his future is still a little uncertain, Luke says he's ready for the next step.

"This is the college experience and I think I did it right," he said. "It really set me on the right path."

Arkansas economic forecasters say job growth in the northeast and northwest corners of the state are particularly strong.