FAYETTEVILLE (KFSM) — A norovirus outbreak connected to JBGB in Fayetteville has sickened more than 200 patrons, according to the Arkansas Department of H... 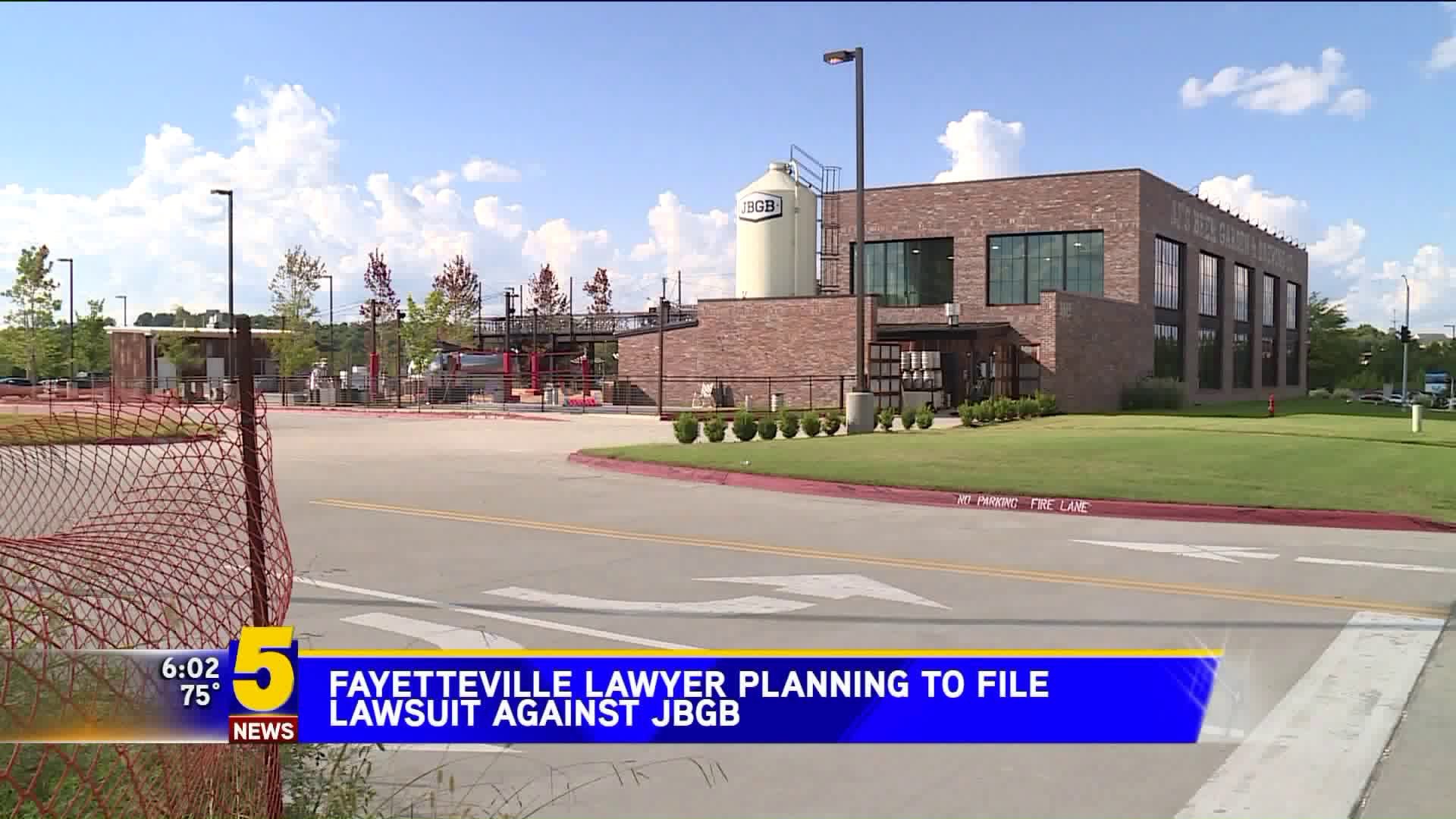 FAYETTEVILLE (KFSM) -- A norovirus outbreak connected to JBGB in Fayetteville has sickened more than 200 patrons, according to the Arkansas Department of Health.

He thinks the restaurant is responsible for getting all those people sick.

He believes the fact that JBGB was not cited by the health department does not matter because that is the only evidence of negligence, it is not a requirement to prove it.

The reason he thinks this case is a class action lawsuit is that the vast majority of these claims are going to be small and that anyone claim would be too expensive for a person to pay a lawyer to bring or for a lawyer to do it on a no win, no pay basis.

He said it`s not fair to those people who got sick to just have to deal with it, if there is a responsible party and he believes, in this case, it is the restaurant.

“Had the restaurant simply enforced basic commonsense workplace hygiene they would`ve prevented this foodborne illness from spreading to the extent that it did,” Niblock said.

"Mr. Niblock is alleging that JBGB was negligent in some unspecified way without having talked to any of our employees or management, and without having participated in any of the interviews that the Arkansas Department of Health conducted of our staff and customers. He has not consulted with the Department of Health or any food safety expert, and is merely speculating that JBGB was somehow at fault. He has not identified what “basic common sense workplace hygiene” we failed to enforce that would have prevented any illness from spreading and certainly the Department of Health after weeks of reviewing the matter did not come to the conclusion that JBGB failed to practice basic workplace hygiene or committed any infraction of health and food safety laws and regulations. Mr. Niblock is the only attorney out of hundreds who has heard of these events and has decided to make any claim against JBGB; and his client is the only customer who has retained counsel."

When asked if any employees came to work sick Hamm said, "In September we had some employees call-in to work sick and did not report to work. We told them they each had to get a doctor's note showing they went to the doctor and to be medically cleared to come back to work. The Department of Health did not determine with any certainty whatsoever that any employee of JbGB was responsible for introducing the norovirus to the restaurant and any speculation about whether an employee or a customer was carrying the norovirus would be irresponsible."

"The Department of Health has not required any changes to JBGB's practices and procedures going forward, nor did it require JBGB to close," Hamm told 5NEWS. He says JBGB closed voluntarily on Wednesday (Sep. 26) to disinfect the entire restaurant.

"We of course will continue to instruct employees to stay home if they are feeling sick or experiencing any norovirus symptoms and to consult the doctor. We will also monitor customers to determine if they are exhibiting any symptoms of an illness and respond accordingly with any appropriate remedial measures," Hamm said.

Anyone who visited JBGB between Sept. 13 and Monday (Sept. 24), and has experienced diarrhea or vomiting, should contact the health department at adh.foodsafe@arkansas.gov or 501-537-8969.

JBGB released a statement Wednesday (Sept. 26) saying the Arkansas Department of Health confirmed that the stomach bug was responsible for sickening 175 people who ate at the popular restaurant at 3615 Steele Blvd. earlier this month.

The restaurant re-opened at 11 a.m. Thursday (Sept. 27) after closing the day before to disinfect their entire building. The company said it looks forward to serving customers at JBGB during Bikes, Blues, and BBQ over the weekend.

Live music performances scheduled for the weekend are still planned.

"The Department has determined that JBGB did not commit any health or food safety violation in connection with the norovirus symptoms experienced by our customers," said Matt Hamm, JBGB executive vice president.

"We continue, however, to take the appropriate remedial measure of disinfecting the entire restaurant to ensure total elimination of any norovirus agents that may still be present on site."

Anyone who visited JBGB between Sept. 13 and Monday (Sept. 24), and has experienced diarrhea or vomiting, should contact the health department at adh.foodsafe@arkansas.gov or 501-537-8969.

The restaurant was last inspected in September 2017, according to health department records.

The inspector found only one critical violation: disposable paper towels weren't available for drying washed hands. The inspector noted that this was corrected on site.

Critical violations can cause illness if the problem is not fixed quickly, according to the health department.