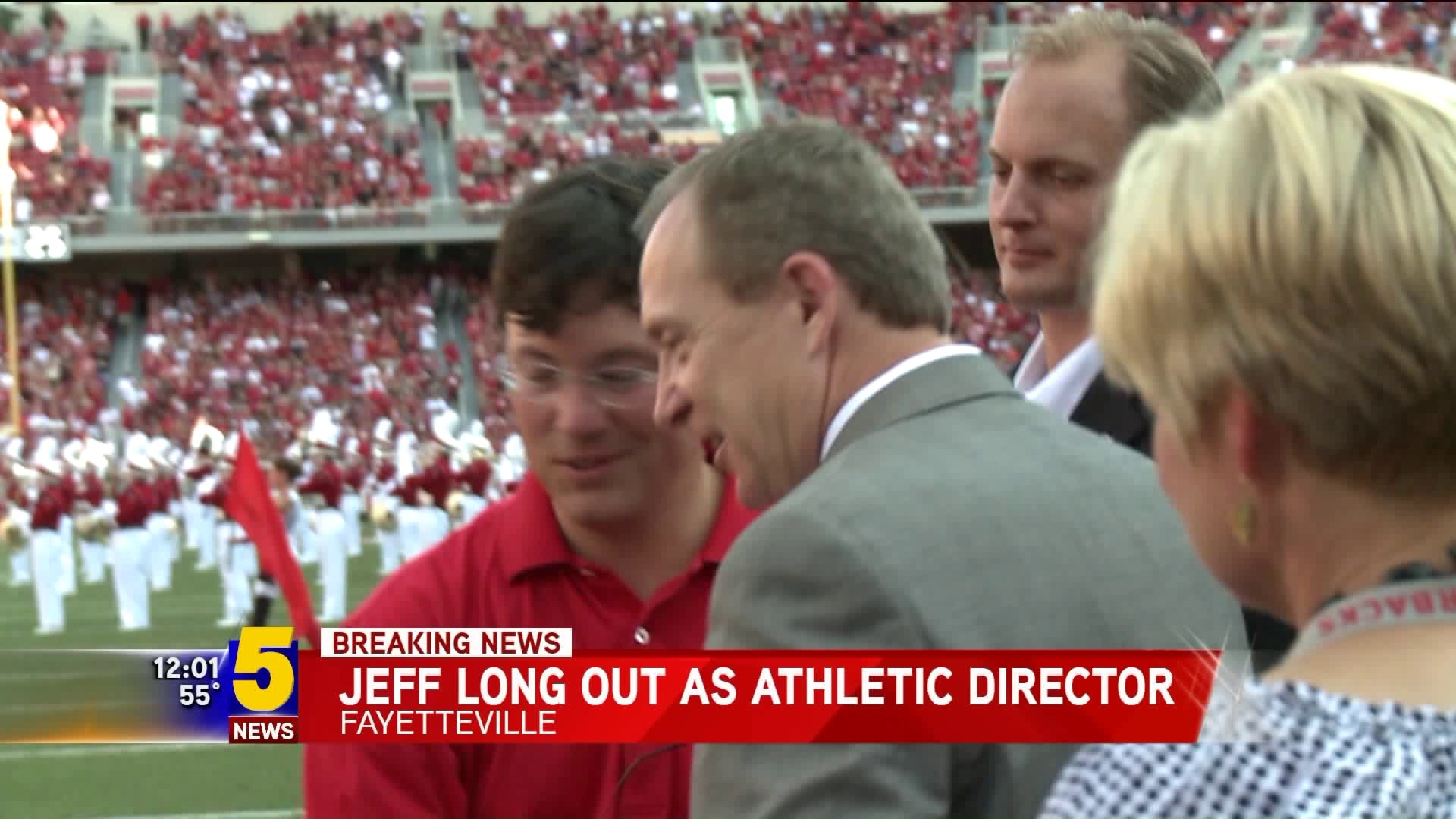 The university will honor the provisions of Long's contract, which runs through June 30, 2022. Long was given a raise to $1.1 million per year in 2013 leaving the university to pay more than $5 million unless a settlement was reached. The university did not disclose any terms, but Long did have a $100,000 buyout in his contract.

The U of A chancellor released the following statement:

“The decision to change leadership in our Athletics Department is not an easy one, and was made after great deliberation, discussion and thought, after consultation with the Board of Trustees and President Bobbitt,” said Steinmetz.  “Since coming to Fayetteville in 2008, Jeff has led our department with character and integrity and helped move us forward in so many ways.  However, over the past year, Jeff has lost the support of many of our fans, alumni, key supporters, and members of the university leadership, support that I believe is critical in our pursuit of excellence. I want to thank Jeff for his commitment and service to our University and to the State of Arkansas and, on behalf of the Razorback Family, I want to wish Jeff and his family all of the best in the future.”

Long was hired in 2008 to replace long time athletic director Frank Broyles and the move comes in the wake of a 4-6 football season under fifth year head coach Bret Bielema. Bielema was hired in 2012 and has gone 29-32 with the Razorbacks including just 11-27 in the SEC.

Jeff Long took a lot of criticism for the hiring of then women's basketball coach Jimmy Dykes. The former television announcer was the coach when the Razorbacks took a knee during the national anthem during an exhibition game prior to the 2016-17 season.

Long also hired Bobby Petrino, one of the first big hires as athletic director. Though Petrino had success, 34-17 overall, Petrino's off the field issues that included an affair whom he hired to work in the athletic department was brought to light.

This is a developing story and we will update as we learn more information.