FAYETTEVILLE (KFSM) — Convicted former state Sen. Jon Woods sent a letter to President Donald Trump with signatures of 80 federal inmates, including his own, as... 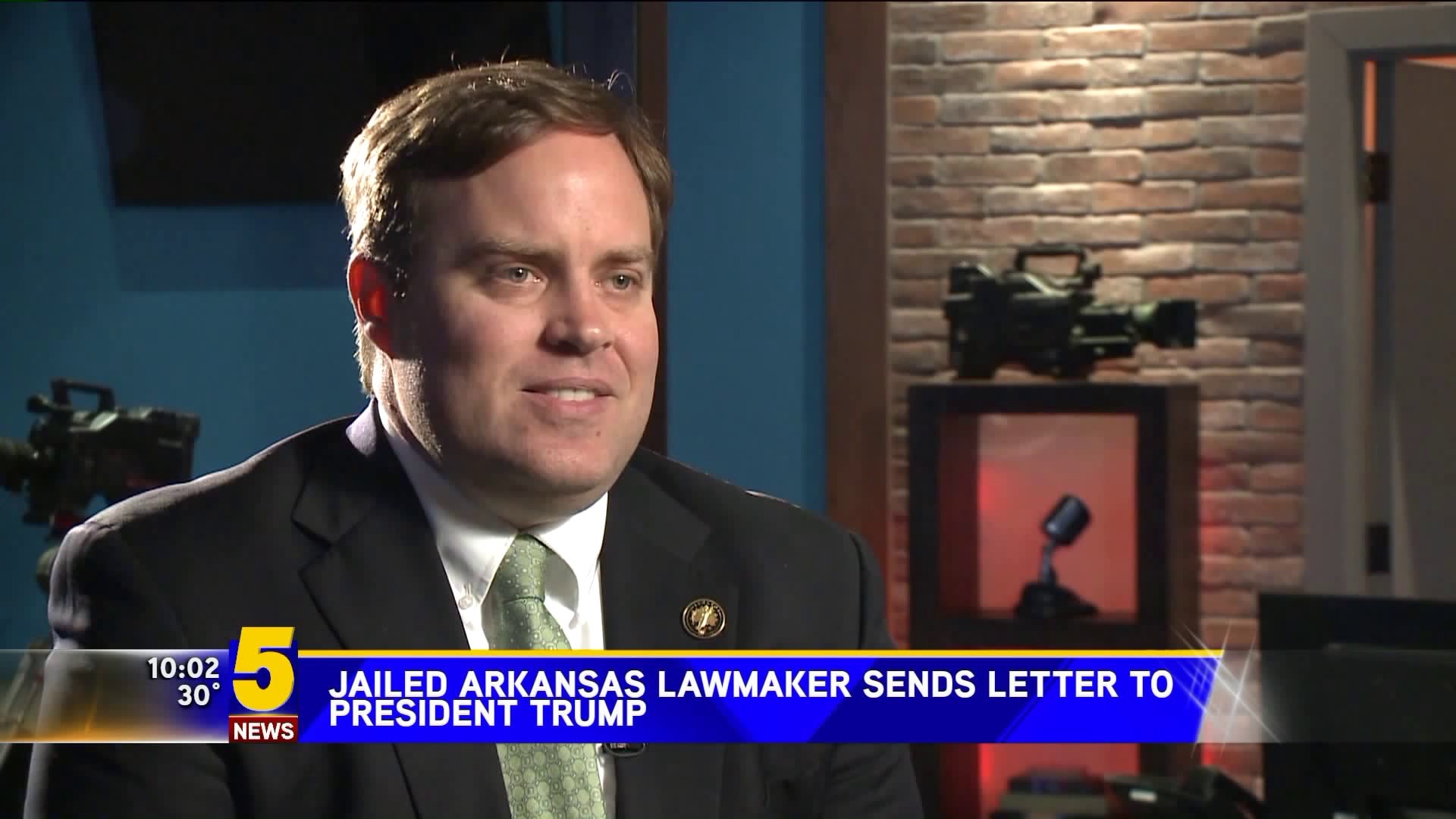 "These men are volunteering their labor for the betterment of the country," Woods wrote in the letter sent on Thursday (Nov. 8) to the White House and Arkansas media outlets.

"The proposed action has no negative effects and represents a cost saving to the American taxpayer. Please help me realize this quest of civil service."

Woods, 41, is serving an 18-year sentence at FMC Fort Worth, a low-security facility in Fort Worth, Texas, for his role in a kickback scheme involving state legislative grants.

The former Republican lawmaker from Springdale asked Trump to respond to the letter. He hopes that the president will consider crediting the inmates' sentences for their work "if called into action."

State Rep. Jana Della Rosa, R-Rogers, a long-time supporter of Woods, said he asked her to read a copy of the letter before he sent it out.

She said Woods is a big Trump supporter who backed the president even when other Arkansas lawmakers were endorsing other candidates in the 2016 election.

"Jon made some really bad choices and he's going to be with the federal government for a very long time down there in Texas, so it's probably something the inmates are talking about," Hester said. "You know, when you're in prison, you're always trying to find a way to get out."

"I certainly wouldn't be supportive of sending them down there to build a wall. I think we've got a lot of very skilled workers who are able to do that," Hester added.

Woods included the prisoners' skill sets and nationalities alongside their signatures. Several prisoners are listed as welders, crane operators or general laborers.

Some who signed the letter described themselves as Mexican American.

Woods described himself as a European American with a skill set of general labor and logistics.

"We have come together because we understand the benefit that a border wall will bring the country," Woods wrote.

"Our group hails from all aspects of American society with a common goal of border stability."

Some of the inmates who signed the letter have a history of violent crimes.

Woods secured the signature of Andrew Spengler, a white former Milwaukee Police Officer officer convicted in 2007 for beating a biracial man with two other officers while they were off-duty.

Two other signers, Garrett Wadda and Kevin Martinez, who identify as belonging to the Cheyenne Nation and  Navajo Nation, are both serving time for murder charges.

The Associated Press reported that Congressional Republicans will try to deliver on Trump’s promise to fund a wall at the U.S.-Mexico border, which could spark a partial federal government shutdown.

The Trump administration has proposed spending $18 billion over 10 years to significantly extend the border wall with Mexico, providing one of its most detailed blueprints of how the president hopes to carry out a signature campaign pledge.

Trump has promised “a big, beautiful wall” with Mexico as a centerpiece of his presidency but offered few details of where it would be built, when and at what cost, according to the AP.

The proposal by Customs and Border Protection calls for 316 miles (505 kilometers) of the additional barrier by September 2027, bringing total coverage to 970 miles (1,552 kilometers), or nearly half the border, according to a U.S. official with direct knowledge of the matter.

In January, his administration asked for $1.6 billion this year to build or replace 74 miles (118 kilometers) of fencing in Texas and California, and officials have said they also will seek $1.6 billion next year, the AP reported.

House Republicans have already approved $5 billion for Trump’s wall, but in the Senate, where Republicans need Democratic support to prevent a filibuster, a bipartisan bill allocates $1.6 billion, according to the AP.