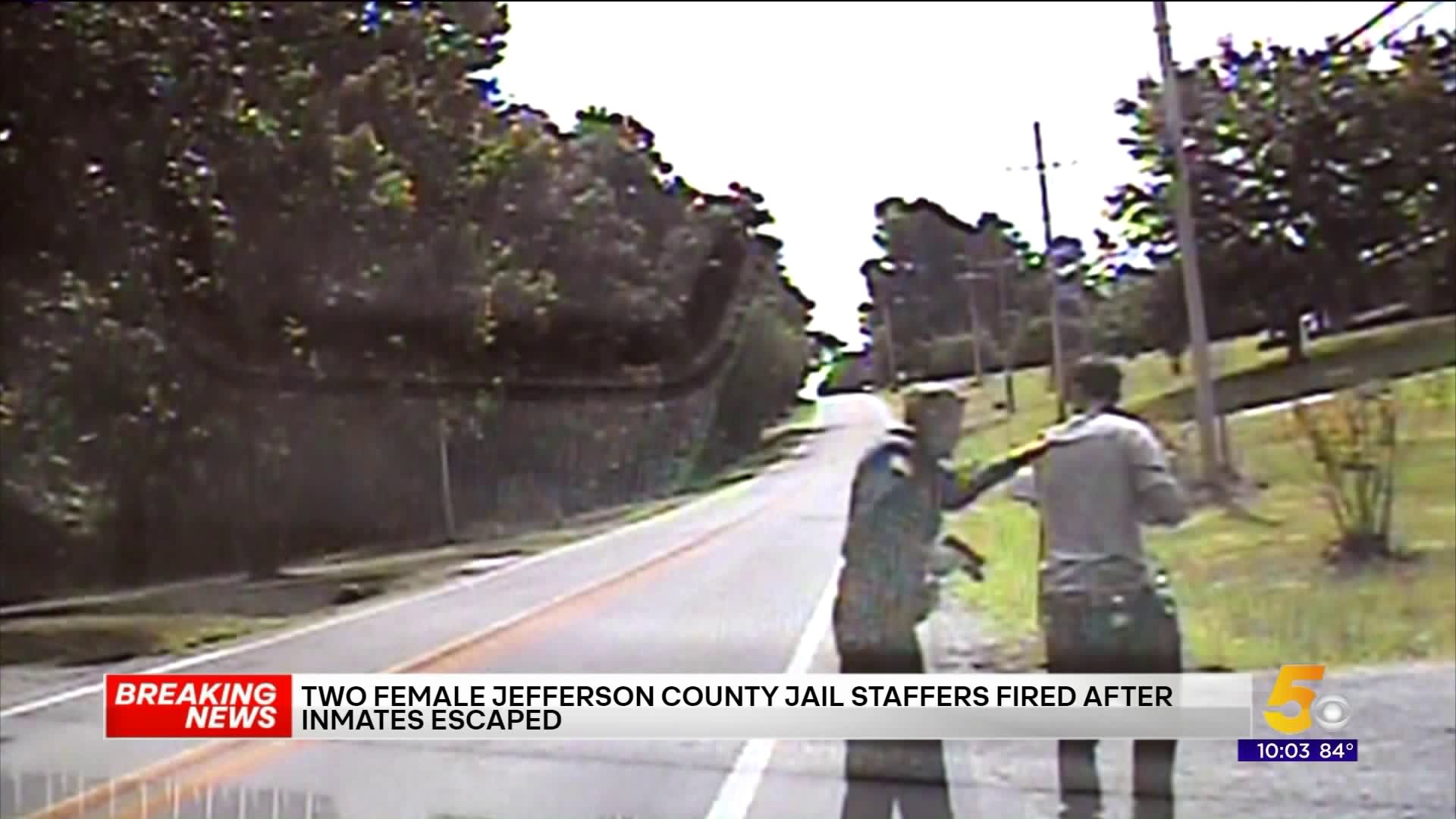 Jefferson County Sheriff Lafayette Woods, Jr., says had the supervisor and jailer followed protocol that is in place as it relates to conducting cell checks and immediately reporting issues, search efforts would have been successful a lot sooner.

The Jail Supervisor and Deputy Jailer were fired for inefficiency and substandard work performance, according to a press release from Jefferson County Sheriff's Office.

Neither of their identities is being released at this time, but both women can appeal their termination within 10 days.

"The number of training hours facilitated by our internal training division exceeds the minimum requirements set forth by jail standards. We do this because we want to ensure full competency at the start of each workday no matter the obstacles," Woods said.

In total, Jefferson County deputy jailers undergo 72 hours of training. Jailers are required to make multiple checks of pods to prevent escapes from happening and to identify obvious signs of distress or trauma. According to the press release, those precautions did not take place.

"Each staff member is provided a policy and procedures manual," Woods said. "We recognize that this profession much like the enforcement side of our operations is a highly stressful environment. But, we still expect all of our staff to perform their duties and functions thoroughly and efficiently."

According to the press release, "the construction of the facility allows for at least one jailer to supervise each pod. However, understaffing plays a critical part in manpower or lack thereof."

"With a starting salary of $23,000 annually with no experience and $27,000 with experience, a career as a deputy jailer isn’t very attractive to most," Woods said. "Additionally, jail standards requires a rigorous background investigation followed by a physical and psychological examination for those that are successful enough to reach that phase. More times than not, applicants are no longer considered due to inability to successfully complete the criminal record vetting of the background investigation. There’s a lot that goes into the hiring process."