FAYETTEVILLE (KFSM) — A proposal from the city’s Animal Services Division, is looking to make it illegal to leave a dog in a hot car. The proposal i... 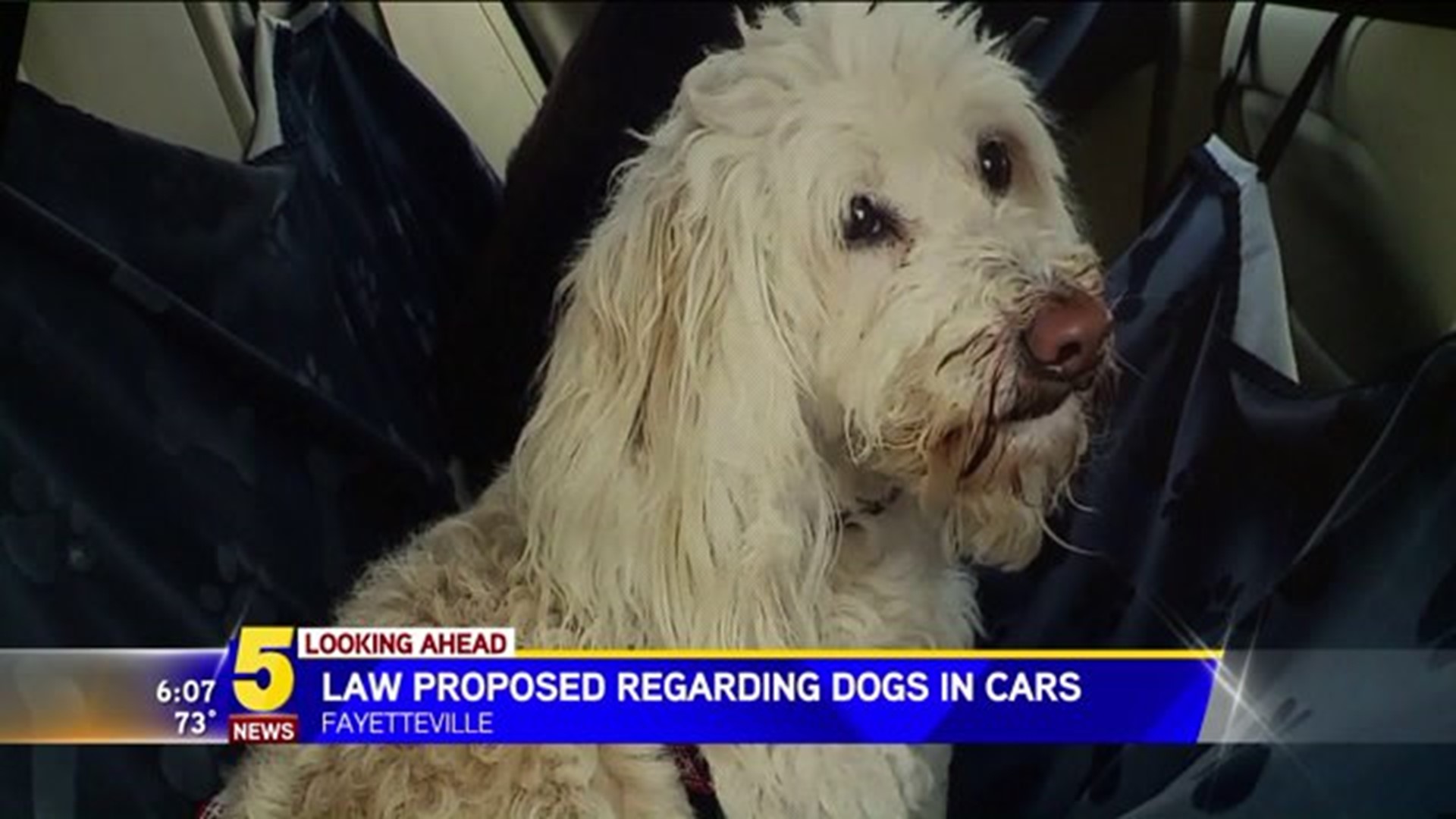 FAYETTEVILLE (KFSM) -- A proposal from the city's Animal Services Division, is looking to make it illegal to leave a dog in a hot car. The proposal is up for consideration at the City Council's meeting on Tuesday (July 7), which would not allow for animals to remain unattended in an enclosed vehicle, if the temperature outside is hotter than 70 degrees. The exception would be if the car is air-conditioned or ventilated, keeping the temperatures inside below 100 degrees.

"Unfortunately, a lot of people choose to leave their dog in the car, thinking that they're going to be okay," said Earl Evans, veterinarian at Pet Protection Clinic.

Evans said heat stroke is a difficult case to treat, and it starts with excess panting; multiple organs can eventually start to fail. He said dogs with shorter noses suffer from heat stroke more, because they have a hard time panting and cooling down.

"Studies have shown that within an hour, the temperature in a car can raise up 40 degrees, and that's on a 70 degree day," Evans said.

To cool a dog down, he recommends first taking their temperature with a rectal thermometer, before putting a wet towel in between their armpit areas and on their belly. He suggests adding cold water to their ears and to put a fan over them, as well. He warns not to put the dog in an ice bath, because cooling them too fast can be dangerous.