Tropical Depression Isaac brought some storms into the area, causing damage to some parts of Crawford County. Dispatchers with the Crawford County Sheriff’... 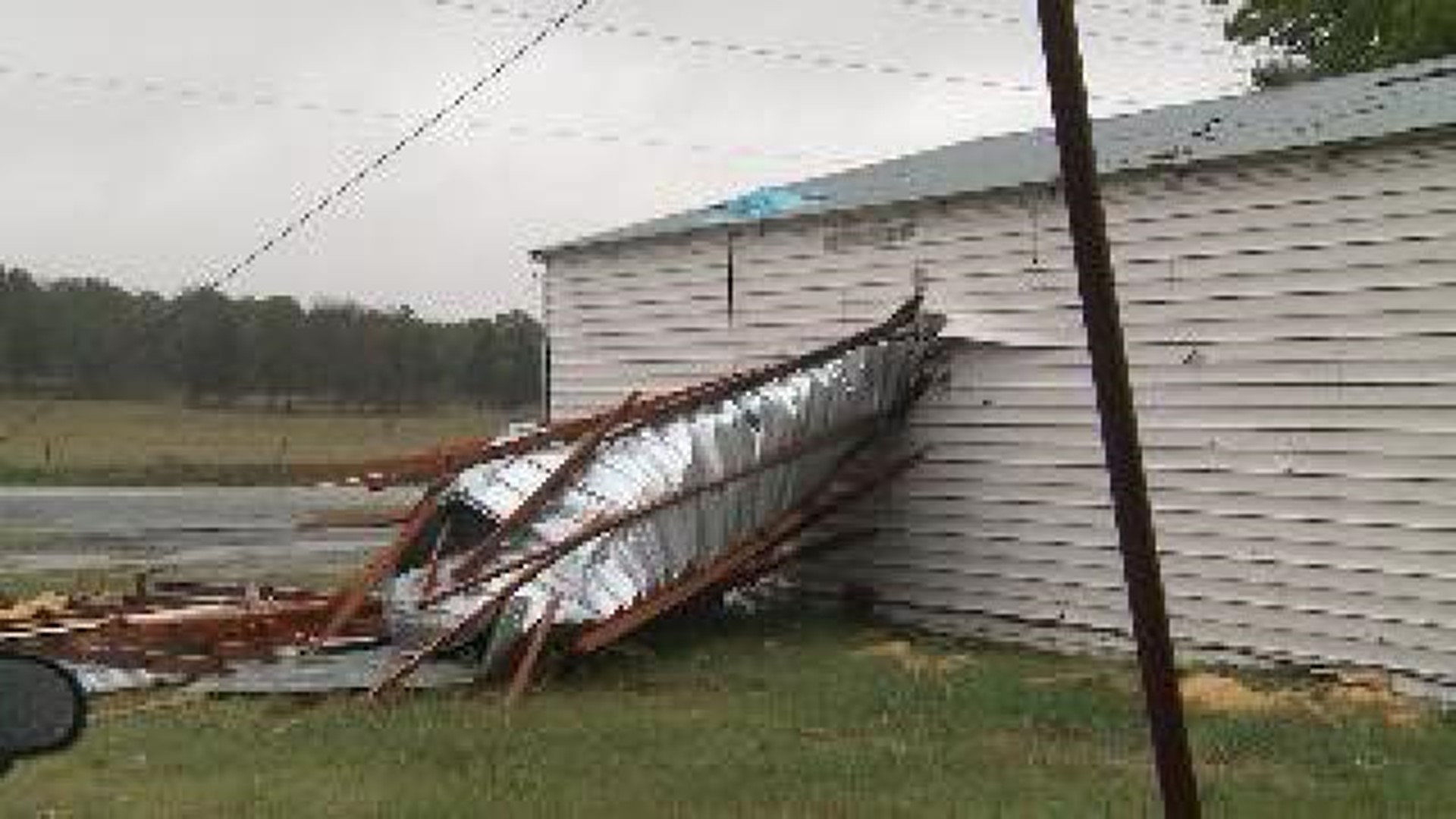 Tropical Depression Isaac brought some storms into the area, causing damage to some parts of Crawford County.

Dispatchers with the Crawford County Sheriff's Office said winds caused a roof to be blown off a home between Van Buren and Alma on Kibler Highway. The sheriff's department said a tractor had to come and help move the stripped roof out of the road.

Heather Barnard's family was inside as the strong gusts blew through the area.

"The rood off the shed just come off, flew over, and went across the power lines, and come back and hit the house," said Bernard.

Several trees were also damaged and debris were left scattered in the road.

The damage occurred late Thursday night when the storm first entered the area.

Arkansas State Police also report a tree was uprooted near Highway 348 around 12 a.m. Friday less than a mile from the Highway 59 junction.

But the remnants of Isaac weren't all bad. Shoppers at the Farmer's Co-Op are rejoicing the showers. Farmers and gardeners like Bill Barton say the slow steady drops are just what they've needed during a dry summer.

"Oh, this is a lot better,” Barton said. “A wash out usually just washes stuff around. It packs the ground. Coming down gentle like this, the best way to get it. We just need a lot more of it."