FAYETTEVILLE, Ark. (KFSM) — Inmate Dekota Harvey is now facing another capital murder charge for the death of his fellow inmate. According to a statement from t... 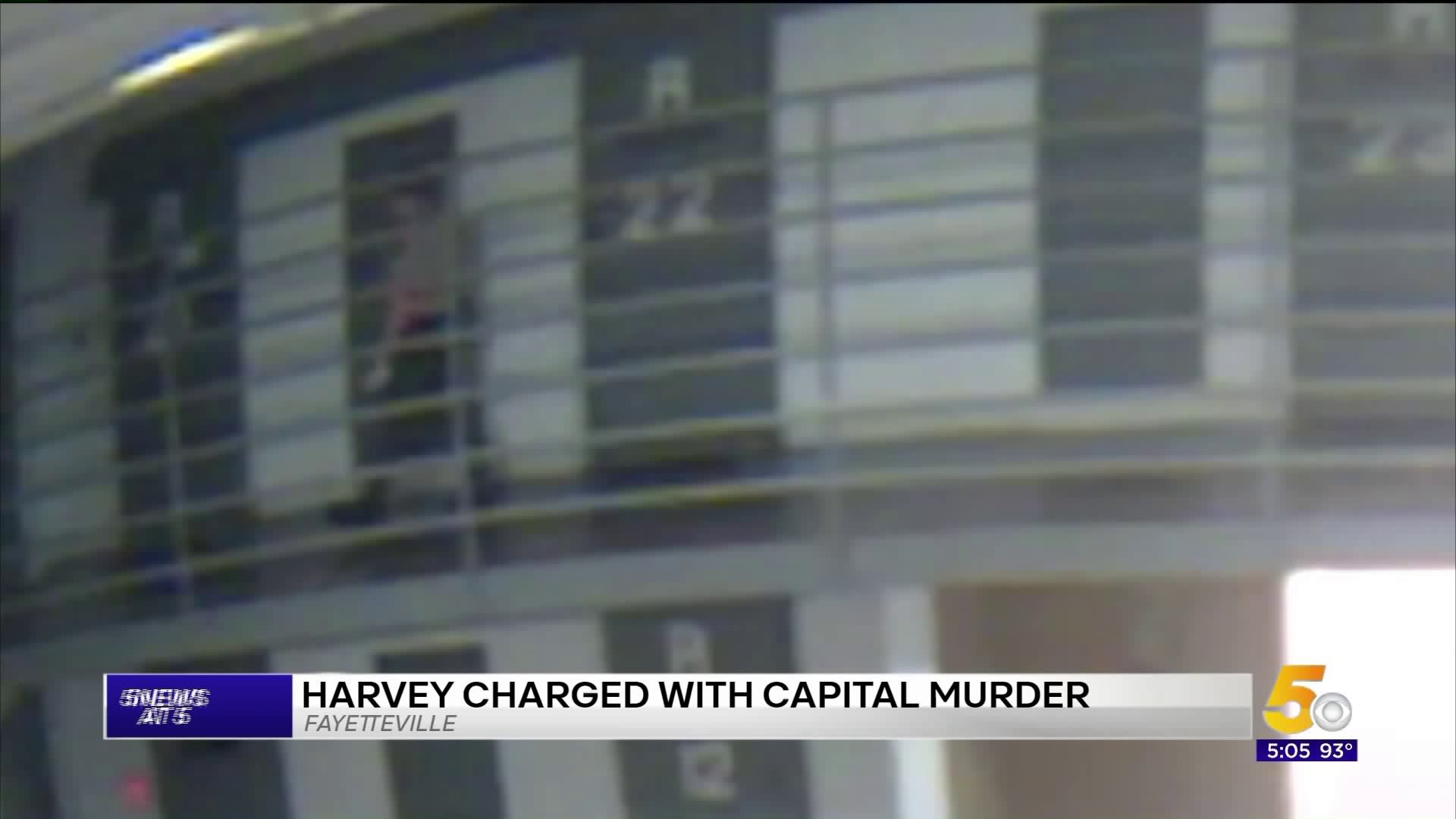 FAYETTEVILLE, Ark. (KFSM) — Inmate Dekota Harvey is now facing another capital murder charge for the death of his fellow inmate.

According to a statement from the Washington County Sheriff's Office, Luis Cobos-Cenobio died early Wednesday (Aug. 28) morning and another detainee, Dekota Harvey, confessed to killing him.

According to the statement, Harvey was moved to a different jail block after complaining of being in fear for his life because other inmates knew of the murder charges against him.

Deputies said Harvey specifically requested he be moved to jail block R-21. Jail checks at the cellblock appeared normal at 11:25 p.m., but at 12:23 a.m. they found Harvey waiting at the cell door, and Luis Cobos-Cenobio on his back in the cell floor by his bunk bed.

The deputy called for backup and began rendering aid and CPR to Cobos-Cenobio immediately, the statement said.

Central EMS was called at 12:26 a.m. and arrived four minutes later but were unable to resuscitate Cobos-Cenobio, deputies said. Coroner Mike Neville was then called to the jail.

The Criminal Investigation Division of the sheriff's office arrived at the jail at 12:42 a.m. and began their investigation. Cobos-Cenobio's body was taken to the Arkansas State Crime Laboratory for an autopsy.

Harvey has now been charged with capital murder in connection to Cobos-Cenobio's death.

Cobos-Cenobio was in jail on several charges related to a firefight in November 2018 with members of the Springdale Police Department and Washington County Sheriff's Office after a high-speed pursuit. Bystander video allegedly showed Cobos-Cenobio firing on a Washington County deputy who stopped him on a road in Tontitown.