FORT SMITH (KFSM) – The interim police chief of Fort Smith said Wednesday (March 16) he will not be applying for the full-time position as chief. “I’ve just got... 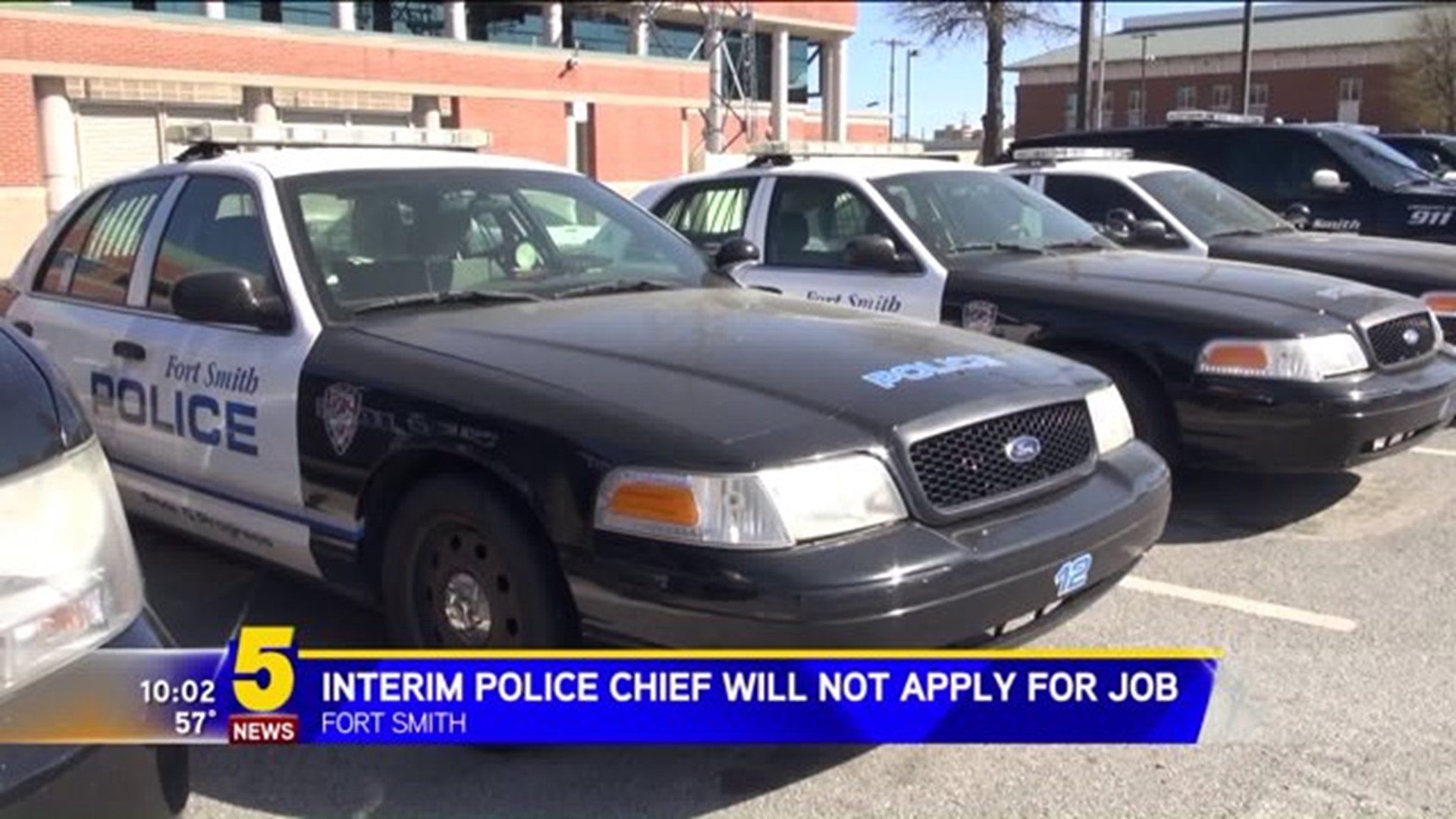 FORT SMITH (KFSM) – The interim police chief of Fort Smith said Wednesday (March 16) he will not be applying for the full-time position as chief.

“I’ve just got other goals in my life rather than becoming the police chief here,” Pitts said.

But he does have goals in mind for the time he'll be filling in; his main goal is continuity.

“I don't feel like it's really my place to be making a lot of significant changes because we are in the process of trying to find a new police chief for a full time position,” Pitts said. “And I think that if I start making a lot of changes and then someone new comes in, that's too much change too quickly. I think the main thing is just to maintain some continuity."

Pitts said he's looking forward to promoting someone to the rank of sergeant, and someone to rank of captain at the end of the month, but beyond that, things won't be changing much at the department.

In the meantime, he expects to hold the job for about six months, and acting city administrator Jeff Dingman said he expects the board of directors will have plenty of applicants to choose from.

Former Police Chief Kevin Lindsey resigned after allegedly making a racial comment. Pitts was in the room when the comment was made.

“I did not take it as a racial slur in a front, that's why I didn't report it; I didn't see it that way."

Pitts started working at the department in 1991 as patrol officer, and worked his way up to major.

He is approaching his 25th anniversary, and said he plans to retire after a few more years with the department.

Pitts said two majors at the department have expressed interest in applying for the job, which has not officially been posted yet.

Dingman said that should happen in the next few weeks.