BENTONVILLE, Ark. (KFSM) — The owners of a Bentonville medical marijuana dispensary and the state alcohol control board have a set a date for an inspection, the... 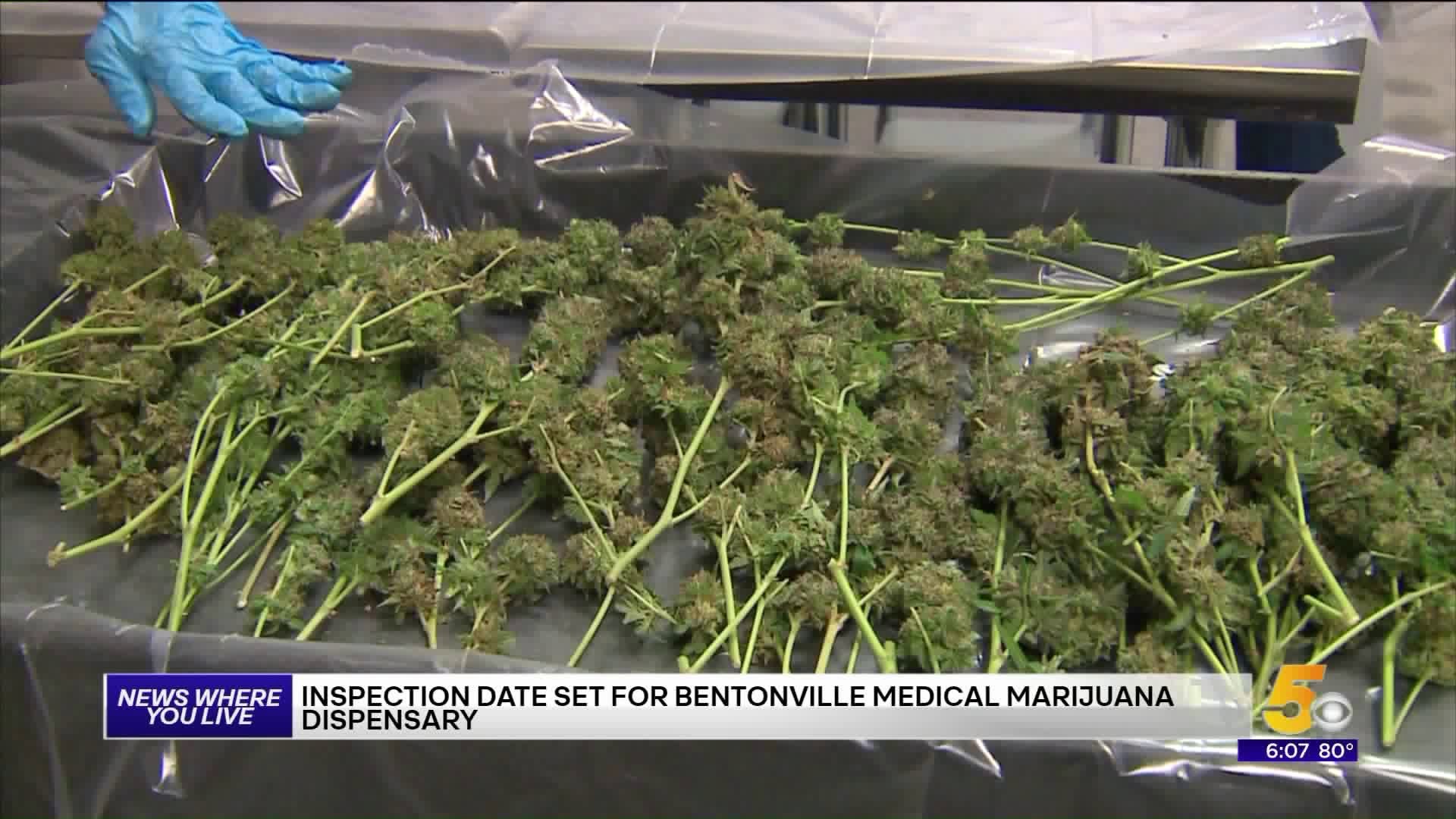 BENTONVILLE, Ark. (KFSM) — The owners of a Bentonville medical marijuana dispensary and the state alcohol control board have a set a date for an inspection, the final hurdle a dispensary must clear before opening.

The Releaf Center will be inspected by the Alcohol Beverage Control Division on July 29, according to Scott Hardin, ABC spokesman.

Located at 9400 McNelly Road, The Releaf Center is one of two dispensaries in Northwest Arkansas hoping to open this summer. The other, Arkansas Medicinal Source Patient Center at 406 Razorback Drive, has requested an inspection but a date has yet to be scheduled.

Hardin said Monday (July 15) he expects an inspection for AMS will happen in late July or early August.

Acanza Health Group and Valentine Holdings -- both in Fayetteville -- are the other two dispensaries licensed for Zone 1, which comprises the Northwest Arkansas counties of Benton, Carroll, Madison and Washington counties.

Neither has requested an inspection, Hardin said.

There are five cultivation facilities for the state, while 32 dispensaries -- spread across eight zones -- have been formally licensed.