SALLISAW, Okla. ( KFSM) — An investigation is underway after someone vandalized a cemetery in Sequoyah County. The county is now sending in some extra help. Som... 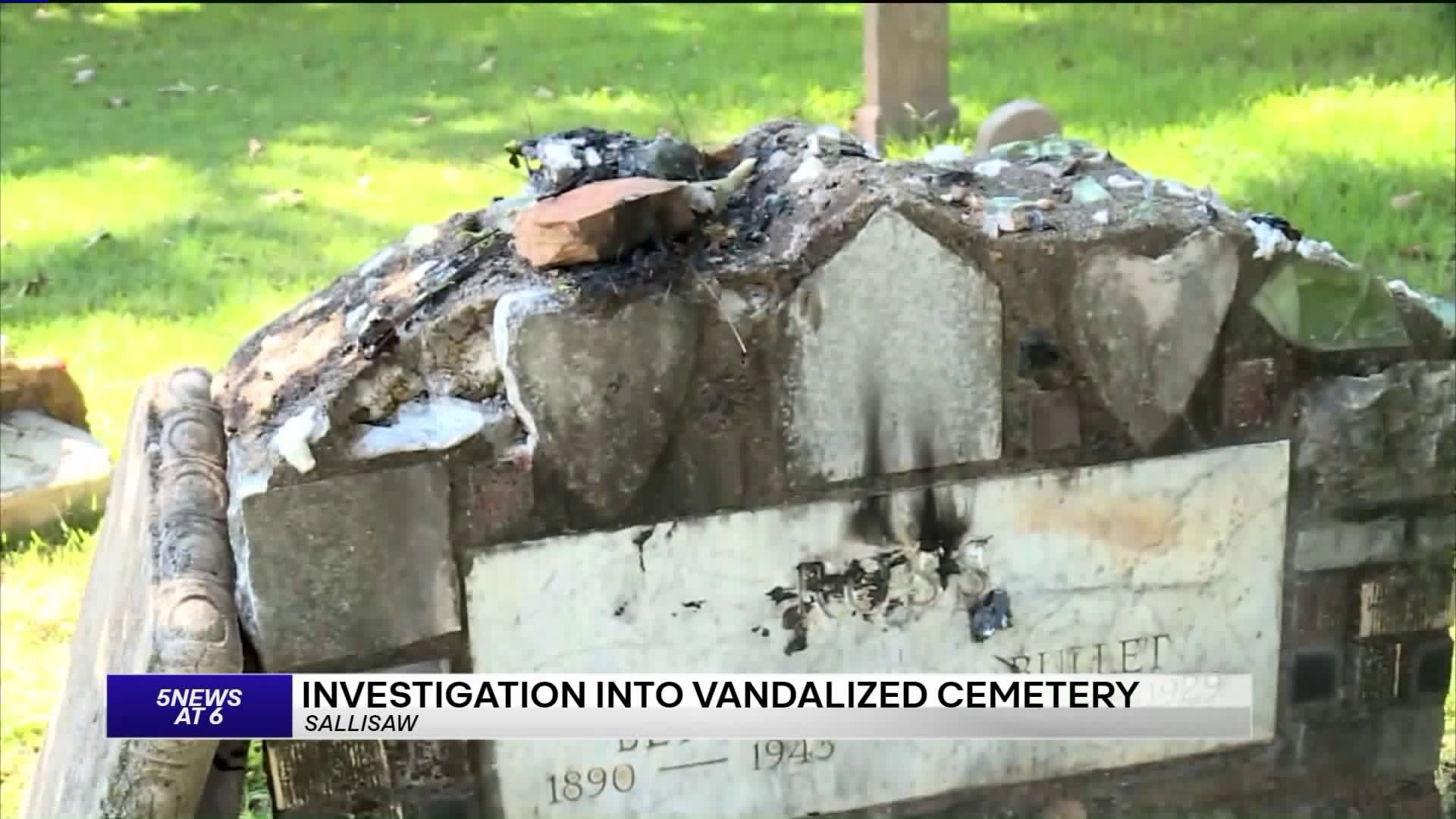 SALLISAW, Okla. ( KFSM) — An investigation is underway after someone vandalized a cemetery in Sequoyah County.

The county is now sending in some extra help.

Some of the inmates from the jail are helping clean up the mess the vandals left behind at Peters Cemetery in Sallisaw.

Headstones and decorations were pushed over and even burned.

"It’s sad, I don’t know why people would even want to do that, especially at a cemetery," said Luke Tucker, Inmate Work Crew Supervisor for the Sequoyah County Sheriff's Department.

The vandalism at the cemetery was reported on August 19.

According to Tucker, the county provided the equipment needed to clean up, but the inmates did all the work.

The cemetery is small and has no cameras or security of any kind.

Deputies still are investigating to figure out who vandalized the cemetery and are looking into possible leads.

If you have any information that could help lead to an arrest, you're asked to contact the Sequoyah County Sheriff's Office.