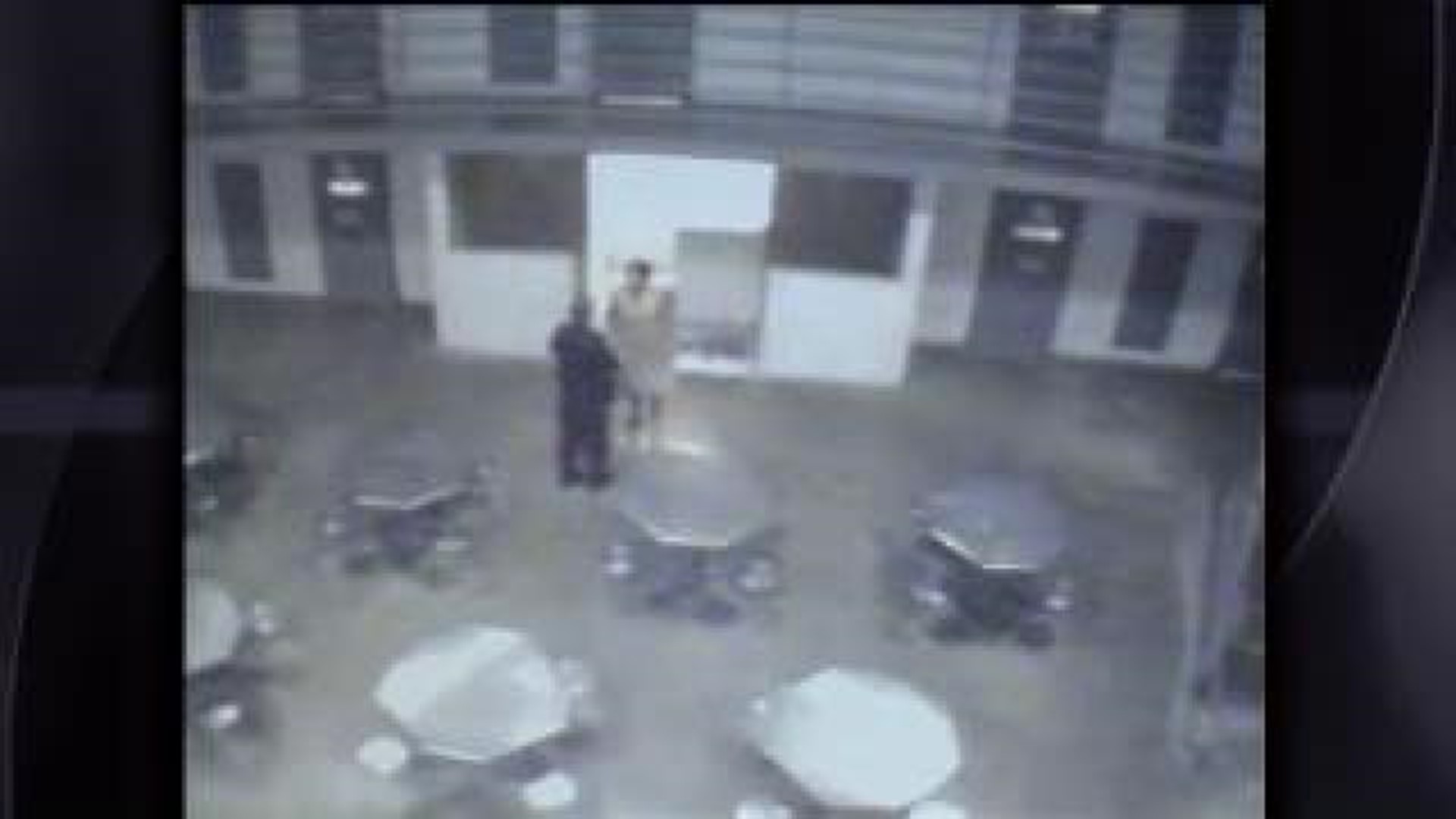 This is the third time Oscar Cortez has battered an officer while in the Washington County jail, the sheriff said Wednesday.

Cortez attacked Deputy Tom Trimberger on July 13, beating him unconscious, police said. A video of the attack shows Cortez stepping out of a cell block shower to beat Trimberger, a retired deputy with the agency who works part time.

Trimberger suffered a broken nose, whiplash in his neck, possible back injuries and a concussion. He has 12 stitches in his lower lip, a police report states.

"It's not that uncommon that we have a inmate attack a correctional officer in the jail, but this particular case was especially severe," Helder said.

Trimberger was escorting Cortez in a cell block when he punched the deputy in the face, causing him to fall and hit his head on a metal chair. Cortez then pummelled Trimberger, striking him at least eight times in the face.

A jail video shows a nude Cortez rinsing off in the shower after the assault, then walking back to Trimberger and punching him.

Trimberger laid on the floor for six minutes before six deputies came to his aid, according to the video.

"We're investigating why he was unconscious without anyone noticing," Helder said.

Deputies are supposed to work in pairs in the jail, but Trimberger was alone.

Cortez, 25, of Springdale faces charges of felony battery on an officer and interfering with emergency communications. He disabled Trimberger’s hand held radio during the attack.