FAYETTEVILLE, Ark. (KFSM) — A Rogers attorney is asking for an injunction to keep Paul Petersen from acting on pending adoption cases in Washington County after...

FAYETTEVILLE, Ark. (KFSM) — A Rogers attorney is asking for an injunction to keep Paul Petersen from acting on pending adoption cases in Washington County after Petersen was charged in federal court with running a sprawling adoption scheme involving Marshallese women.

Josh Bryant filed the lawsuit Thursday (Oct. 10) in Washington County Circuit Court on behalf of 13 families who wish to remain anonymous. They are listed as John and Jane Does in court documents.

The lawsuit also seeks to create a constructive trust over the plaintiff's adoption cases that Petersen was overseeing, suspend payments involved in the process, and appoint an attorney advocate for the biological parents Petersen matched with the adoptive families.

Petersen, who is a licensed attorney in Arizona, Arkansas, and Utah, is accused of paying Marshallese women to travel to the U.S. and place their babies up for adoption.

"(Petersen) used his law license ... to prey not only upon the women of the Marshall Islands but on many innocent families here in Arkansas who wanted nothing more than to add to their families," said Dak Kees, U.S. Attorney for the Western District of Arkansas. 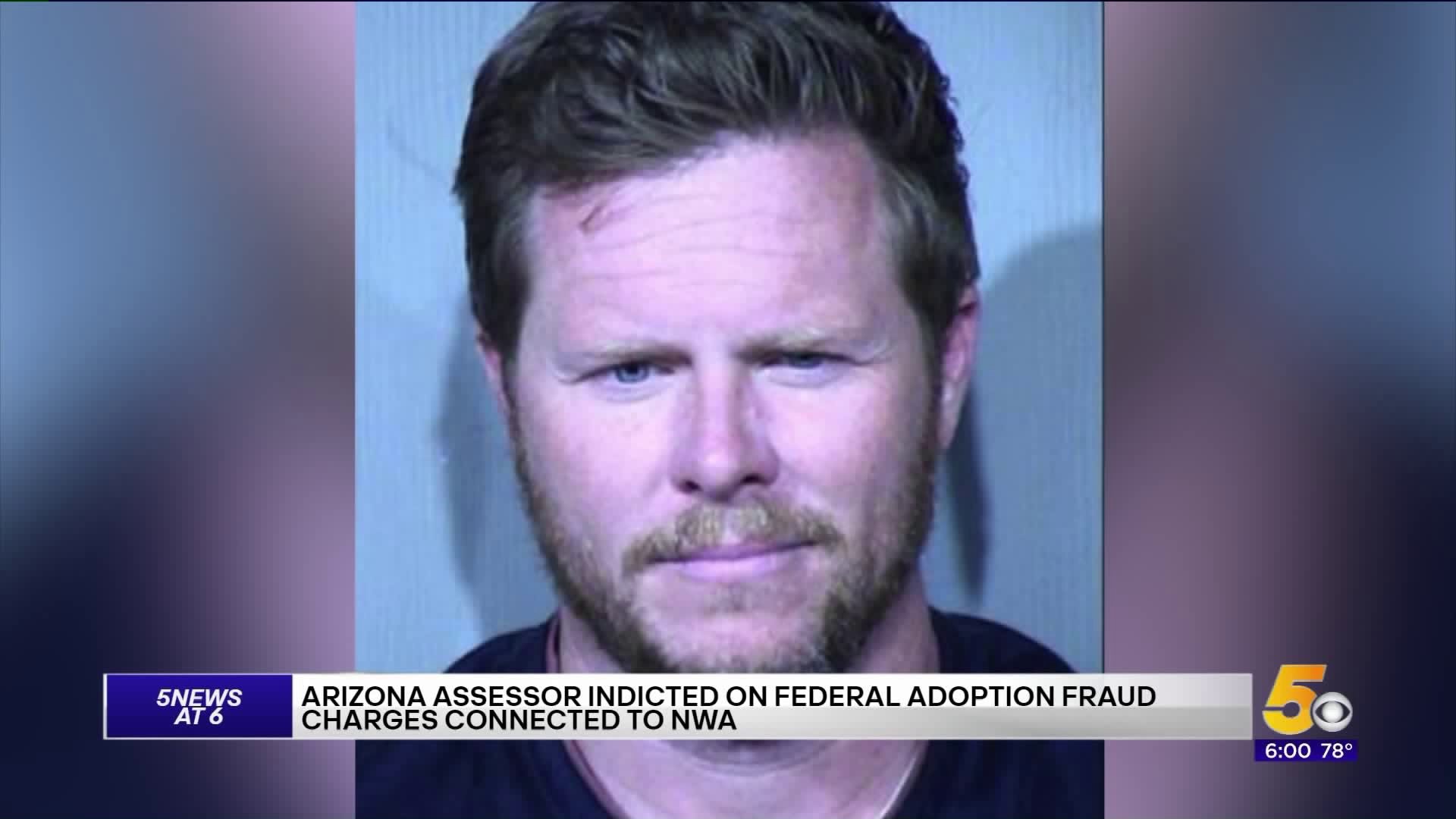 Prosecutors allege Petersen employed Maki Takehisa to help convince the women to travel to the U.S. by promising to pay them $10,000.

Takehisa pleaded not guilty earlier this week to aiding and abetting charges related to human smuggling. Her trial is set for December.

Several women said Takehisa paid them in cash -- often less than $10,000 -- and paid for their travel as well.

Petersen also faces state charges related to the scheme in Utah and Arizona, according to CBS affiliate KPHO in Phoenix, Ariz.

Prior to his arrest, Petersen was serving as the Assessor for Maricopa County, Ariz, an elected position. KPHO reported Petersen served a two-year mission in the Marshall Islands for The Church of Jesus Christ of Latter-day Saints.

He was being held at the Maricopa County Jail on a $500,000 bond a hold for federal court. His arraignment is set for Oct. 29.

Bryant's lawsuit also names Megan Wolfe as a second defendant, describing her as an independent contractor of Petersen's with "control over and access to files and records pertinent to this case."

Bryant claims that Wolfe, after Petersen's arrest earlier this week, has been telling "adoptive and/or biological families that all pending adoptions are to continue as per usual," according to court documents.

He also alleges that Wolfe provided legal advice without a law license and "is placing, assisting in placing, or planning the placement of a child for adoption" without a state license.

Wolfe has not been arrested or charged with any crime. She declined to speak to 5NEWS on Wednesday (Oct. 9).

A hearing has been set for Friday (Oct. 11) in Judge Doug Martin's courtroom.

Marshallese resettling in Arkansas dates back to the 1980s, after residents were displaced from nuclear testing by the U.S. military.

Between 1946 and 1958, the U.S. detonated 67 atmospheric nuclear bomb tests on the northern Marshalls, including the Mike Shot, the first thermonuclear bomb test, on Enewetak Atoll, according to the Central Arkansas Library System's Encylopedia of Arkansas.

The Compact of Free Association (COFA) in 1986 allowed Marshall Islanders to travel and work in the U.S. without having a visa.

Many settled in Springdale because of opportunities with Tyson Foods.

Today about 15,000 live in the region — the second-largest concentration of Marshallese in the U.S.

However, the compact prohibits travel for the purpose of adoption.

Jadie Ann Macvoy, a Marshall Islands native, said it's been easy for people like Takehisa to exploit residents.

“All these moms ... they don’t know the language,” Macvoy said.

“I have a few friends and family that have contacted me wanting me to see if this is their only way to get here."

A Rogers woman who adopted a Marshallese child six years ago started a non-profit in 2018 to help walk Marshall Islanders through the adoption process.

"It was through that, that my eyes kind of became open to the lack of social services offered to any birth mom walking through the adoption process, but especially to Marshallese moms,” said Micaela Montie, founder of Shared Beginnings.

“That’s one of the main areas we are able to help in, is protecting the moms. By offering them their own attorney the adoptive parent’s attorney is not allowed to directly correspond with them nor any liaison of that attorney,” Montie said.