WINSLOW, Ark. (KFSM) — The husband of a woman reported missing in Northwest Arkansas says she died in a car crash in Winslow. On Monday (May 13), Bentonville po... 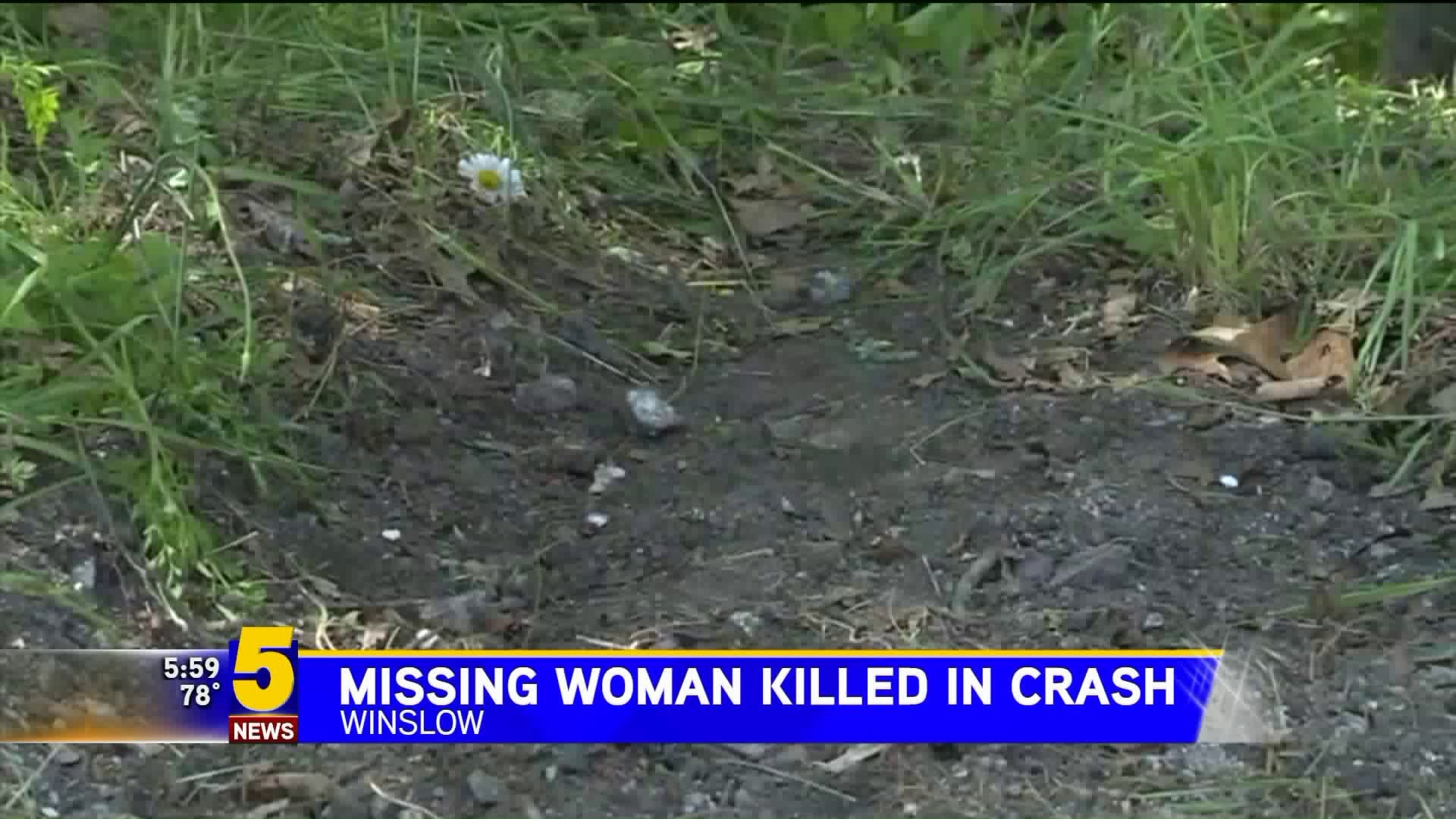 WINSLOW, Ark. (KFSM) — The husband of a woman reported missing in Northwest Arkansas says she died in a car crash in Winslow.

On Monday (May 13), Bentonville police were searching for Anne Carroll Dwinell who was last seen Sunday around 4 a.m.

Anne's husband told 5NEWS her car was found near a creek in Winslow. A report from Arkansas State Police says Dwinell died after her car ran off of the roadway and struck a tree on Hwy. 71 and Whitehouse Road in Winslow on Sunday (May 12).

Her husband says when he last talked to his wife, she was about 10 minutes from their home but never showed up.

It's unknown at this time what caused the crash.

Paul Valgos lives about 100 yards away from the crash site says he wasn't home during the time of the wreck, but when he pulled into his driveway he saw first responders and tire marks leading to the creek below.

"We pulled in the driveway, we seen some first responders over here," Valgos said. "I ran out of the car as quick as I could, ran down to the creek and there was a car that was flipped upside down. I did everything I could to help but the paramedics and first responders had everything under control. It was a blue ford. The engine was actually ripped out. She hit the tree so hard, it ripped the engine [off] and it threw the engine into the creek."