HUNTSVILLE (KFSM) — One juvenile died Monday morning (Sept. 21) and another was taken by helicopter to a hospital in Missouri after an SUV rear ended a sc... 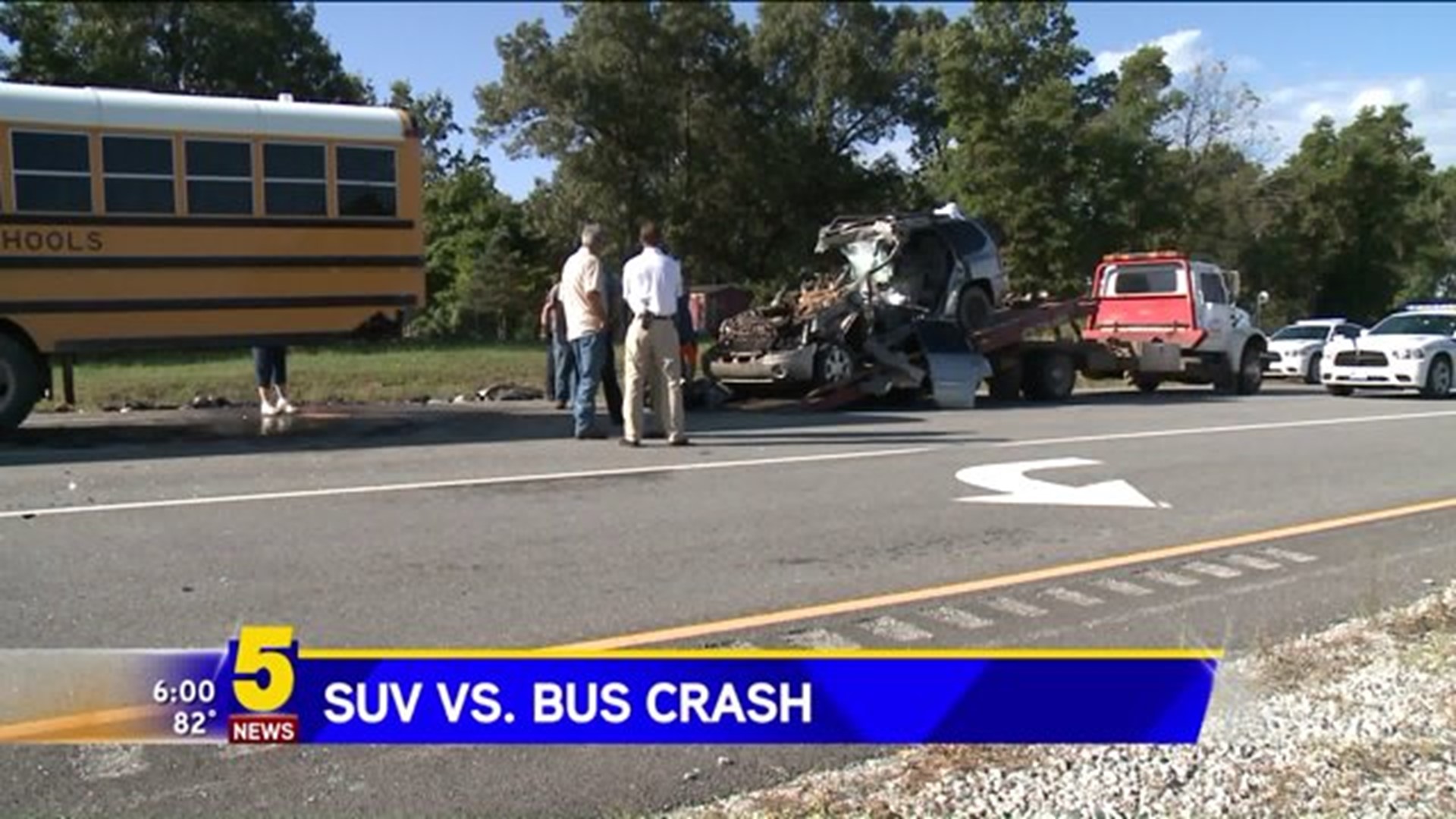 HUNTSVILLE (KFSM) -- One juvenile died Monday morning (Sept. 21) and another was taken by helicopter to a hospital in Missouri after an SUV rear ended a school bus on Highway 412 in Huntsville, according to Arkansas State Police.

The driver and the front-seat passenger, who died at the scene, were both teen girls, according to a woman who witnessed the crash. She said the school bus stopped in front of her house to pick up her son when the crash happened.

There was also a back-seat passenger, ASP said. According to the eyewitness, the boy in the back seat was the brother of one of the teen girls. The boy was not severely injured and did not have to be transported to the hospital, according to ASP.

The school bus and SUV were both heading eastbound on Hwy. 412 when the SUV rear ended the bus just before 8 a.m. The speed limit in the area where the crash happened is 55 miles per hour. 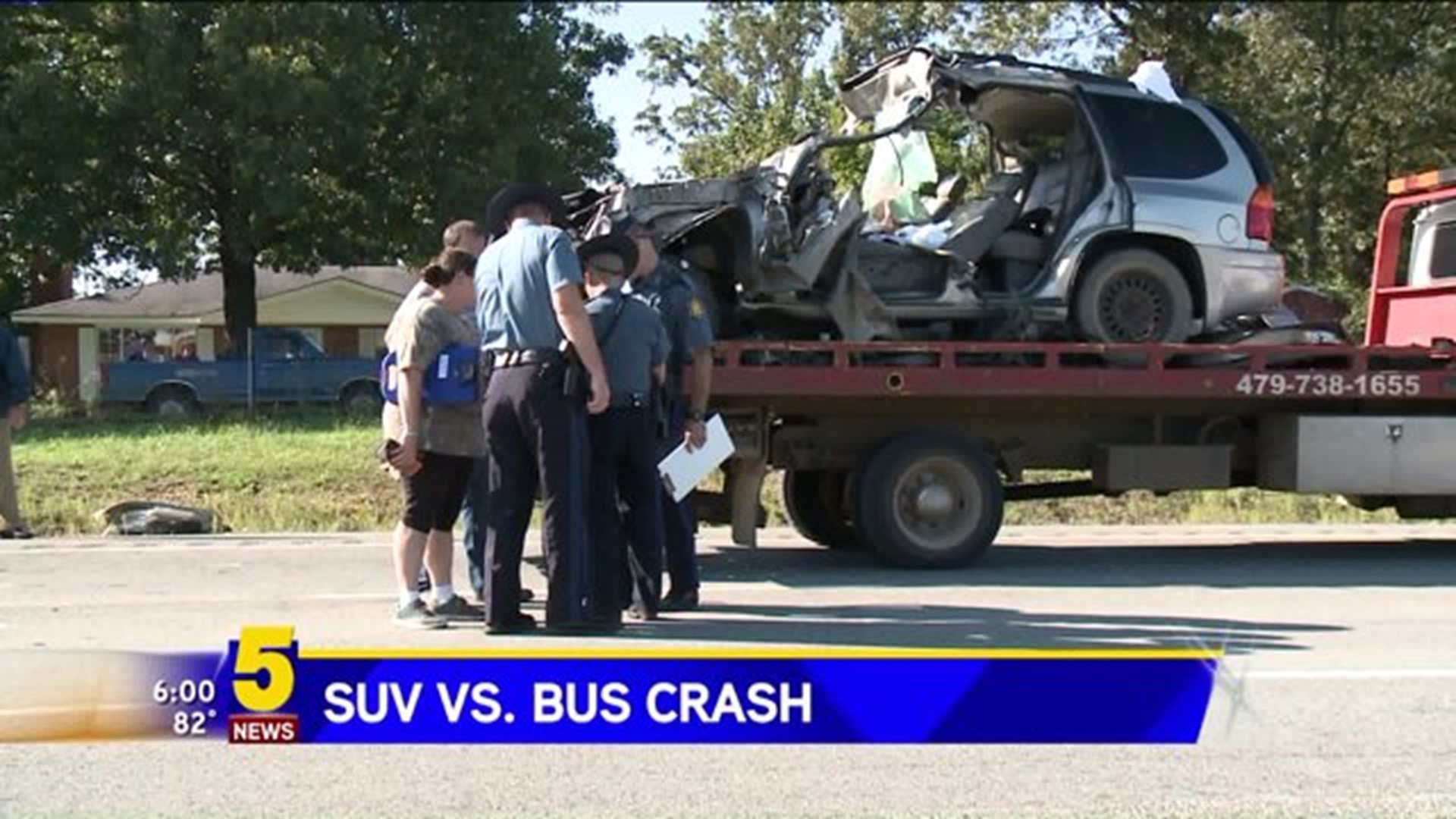 According to ASP, the crash is under investigation and troopers will use video from a camera on board the bus, as well as data about speed, direction and braking from the SUV's computer.

There were 26 students on the bus at the time of the crash, according to a statement from Huntsville School District Superintendent Clint Jones. There were no student injuries reported at the scene of the accident and all students were taken to the Huntsville school gym where they were examined by school nurses, according to Jones.

All high school athletic activities, including 8th grade events, have been canceled for Monday night, according to the district's Facebook page.

The school district confirmed the teen girl who died was a student at Huntsville High School. The school's media center has been designed as the crisis center where school district and area counselors, local ministers, staff members and administrators can meet with students and staff affected by the loss. The crisis team will also be available Tuesday.

Students have also been making ribbons in memory of their friend and are handing them out for all to wear.

A candlelight vigil was held for the teen Monday (Sept. 21) at 7 p.m. Hundreds attended the ceremony held at the Huntsville High football field. Video from the vigil is posted below. 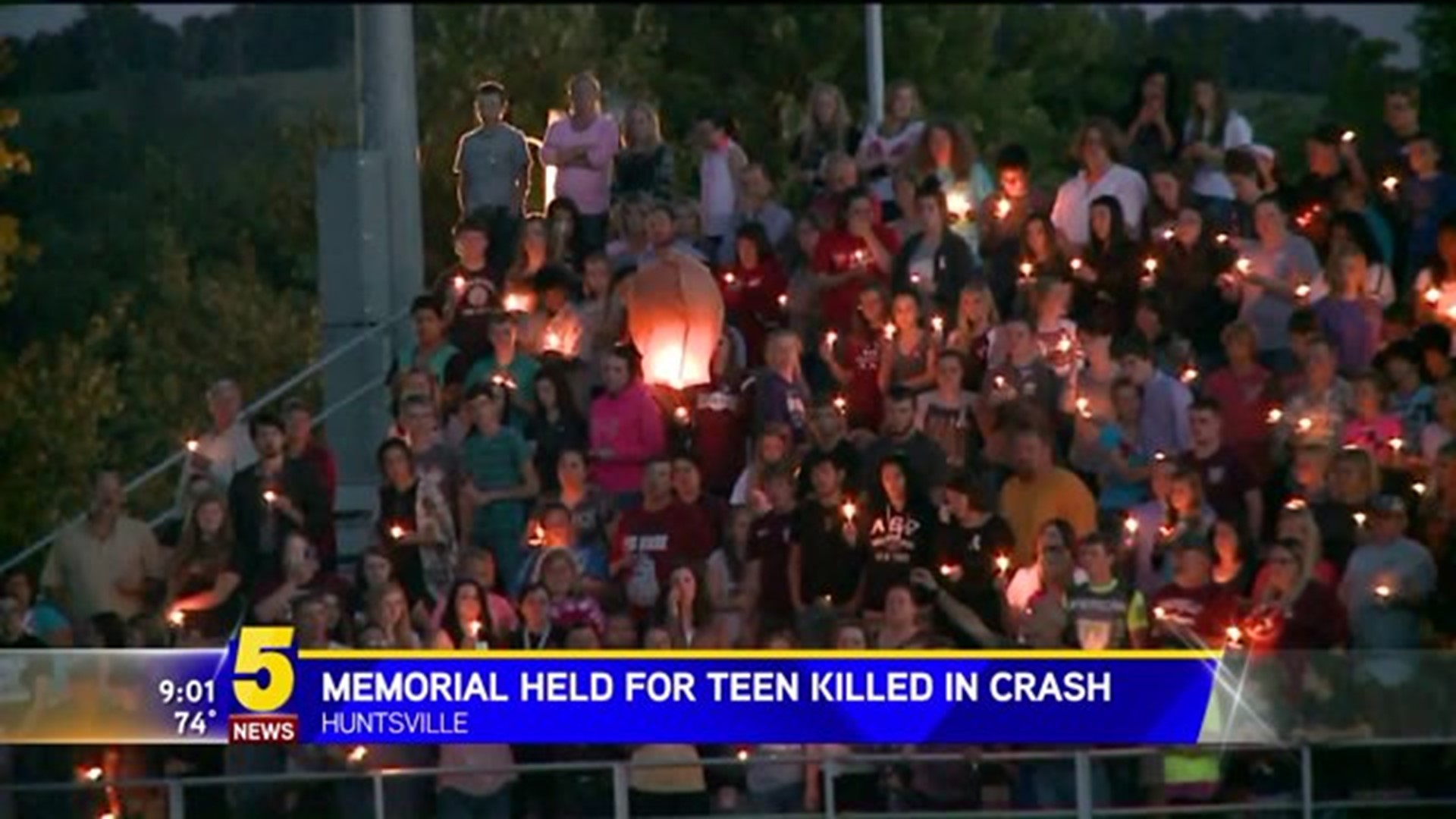