HUNTSVILLE, Ark. (KFSM) — The Huntsville School District approved paying more than $40,000 to settle a federal lawsuit over a student’s complaint that the... 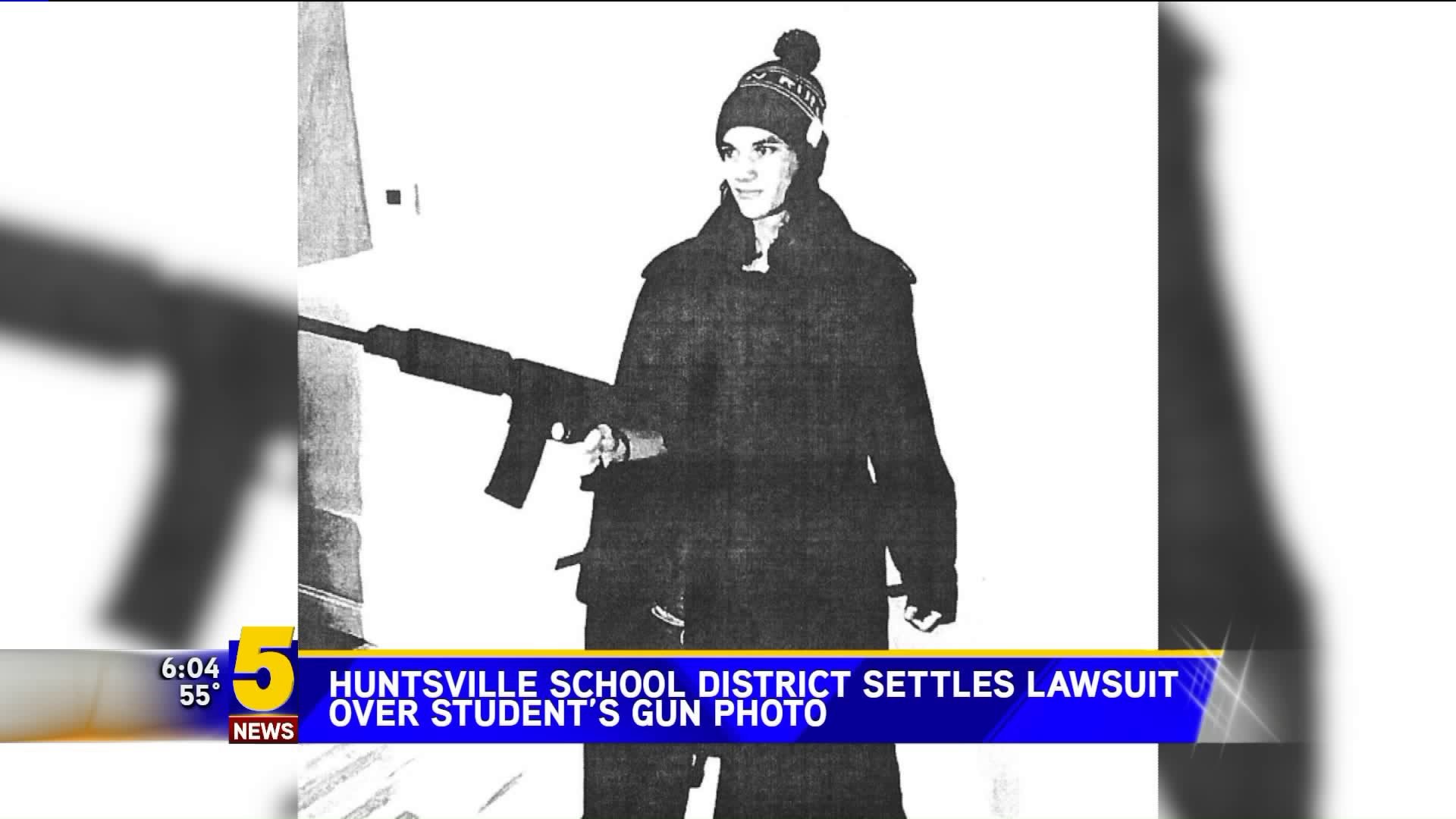 HUNTSVILLE, Ark. (KFSM) — The Huntsville School District approved paying more than $40,000 to settle a federal lawsuit over a student's complaint that the district violated his free speech rights when it expelled him for posting a photo of himself holding a gun.

The district voted Jan. 28 to pay Kylan Pierce, and his mother, Jessica McKinney, $42,665 to settle the lawsuit.

Pierce, a junior, must still serve a 365-day suspension from Huntsville High School.

His ability to attend online classes within the district was unaffected, however, according to the agreement, which was obtained via a freedom of information request.

In February 2018, Pierce posted an Instagram photo of himself wearing a trench coat and holding an assault rifle. The photo came 10 days after the Florida school shooting that left 17 people dead.

The district expelled Pierce a month later, saying students couldn't use threat, intimidation or fear to disrupt any school mission.

Pierce later sued the district, arguing his freedom of speech was violated by being expelled.

The district maintained in the agreement that it did nothing wrong and its policies do not violate the U.S. Constitution.