Hundreds Of Files With Personal Information Found In Greenwood

GREENWOOD (KFSM) — Greenwood police are investigating after nearly a dozen folders of paperwork containing personal information were found in the middle o... 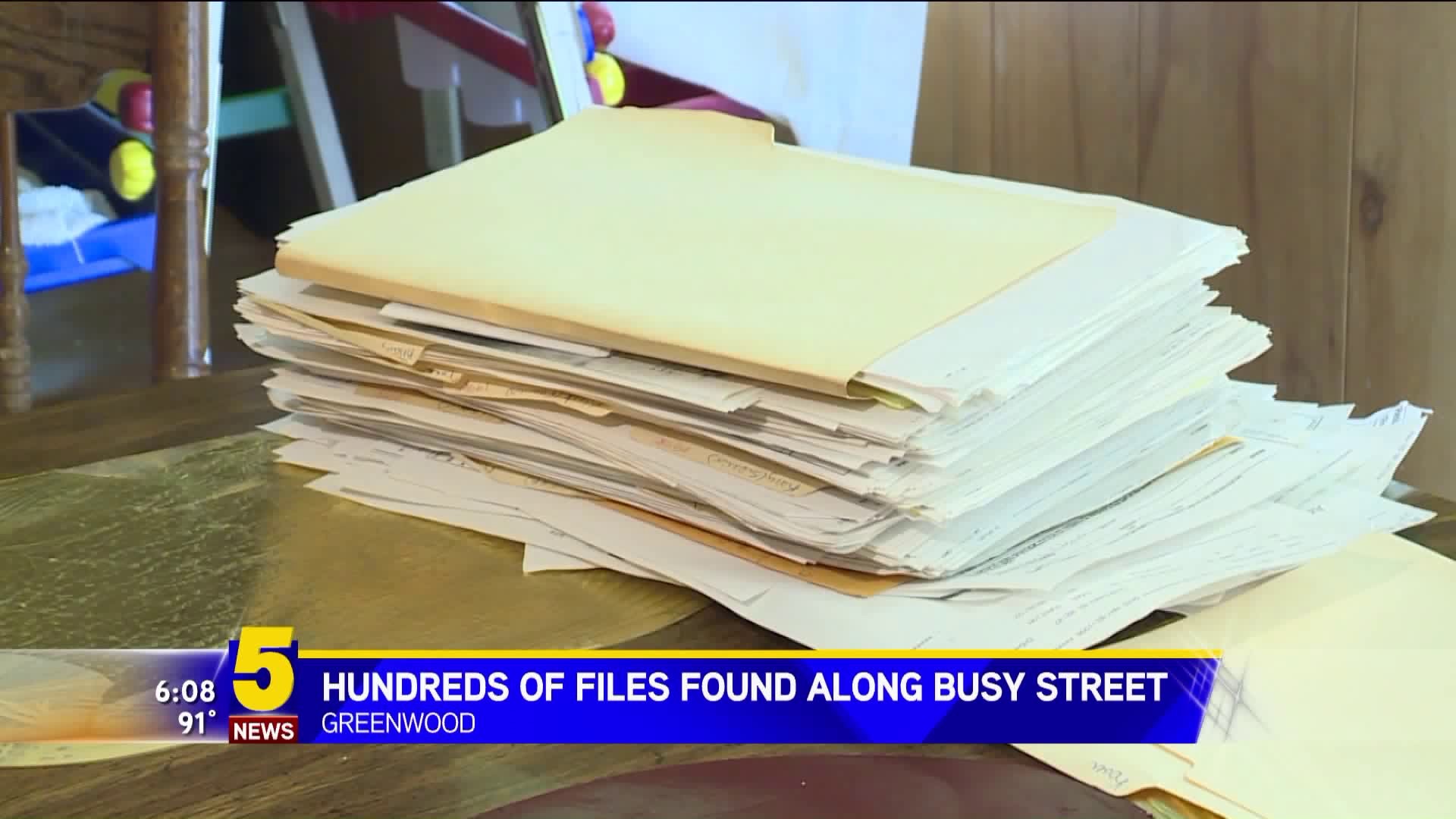 GREENWOOD (KFSM) -- Greenwood police are investigating after nearly a dozen folders of paperwork containing personal information were found in the middle of a busy street.

"There were hundreds, if not, close to a thousand pieces of paper," Jacob Bowling said. "There had to be at least 200 names in there."

While on his way to visit his family, Bowling noticed something odd covering parts of Center Street; paperwork and folders lining the ditch.

"We started picking up the paperwork and noticed it was mortgage information with social security numbers, dates of birth and even banking information," Bowling said. "We knew right then and there, it was sensitive information and we tried to gather up as much as we could and try to get it secure."

Bowling said he was shocked at what he found.

"I was dumb-founded, kind of surprised that this information is out there," Bowling said. "I used to work in identity theft protection and I know that information is sensitive. Identity theft is on the rise, so I immediately knew I had to get this and get it in a safe spot because it's vital."

Police said the paperwork came from Scatco Abstracts & Title Insurance, which was bought out by Three Rivers Title Services, Inc. Now, Three Rivers has a new owner, as well.

"The owner of Three Rivers Title, instead of taking the file folders and discarding them, he placed them in a storage unit," Nicholas Driscoll, Greenwood Police Department said. "The storage unit has since been auctioned off because of non-payment and that's where the folders were discovered after they left the storage unit."

Police are now investigating to find where the other files from the company may be or if they were discarded appropriately.

Police urge people in the area who have worked with Scatco or Three Rivers to monitor your accounts. If you see any suspicious activity, contact the Greenwood Police Department or the River Valley Crimestoppers at 78-CRIME.