EUREKA SPRINGS, Ark. (KFSM) — The Crescent Hotel in Eureka Springs calls itself “America’s most haunted hotel,” so it may not be surprising th... 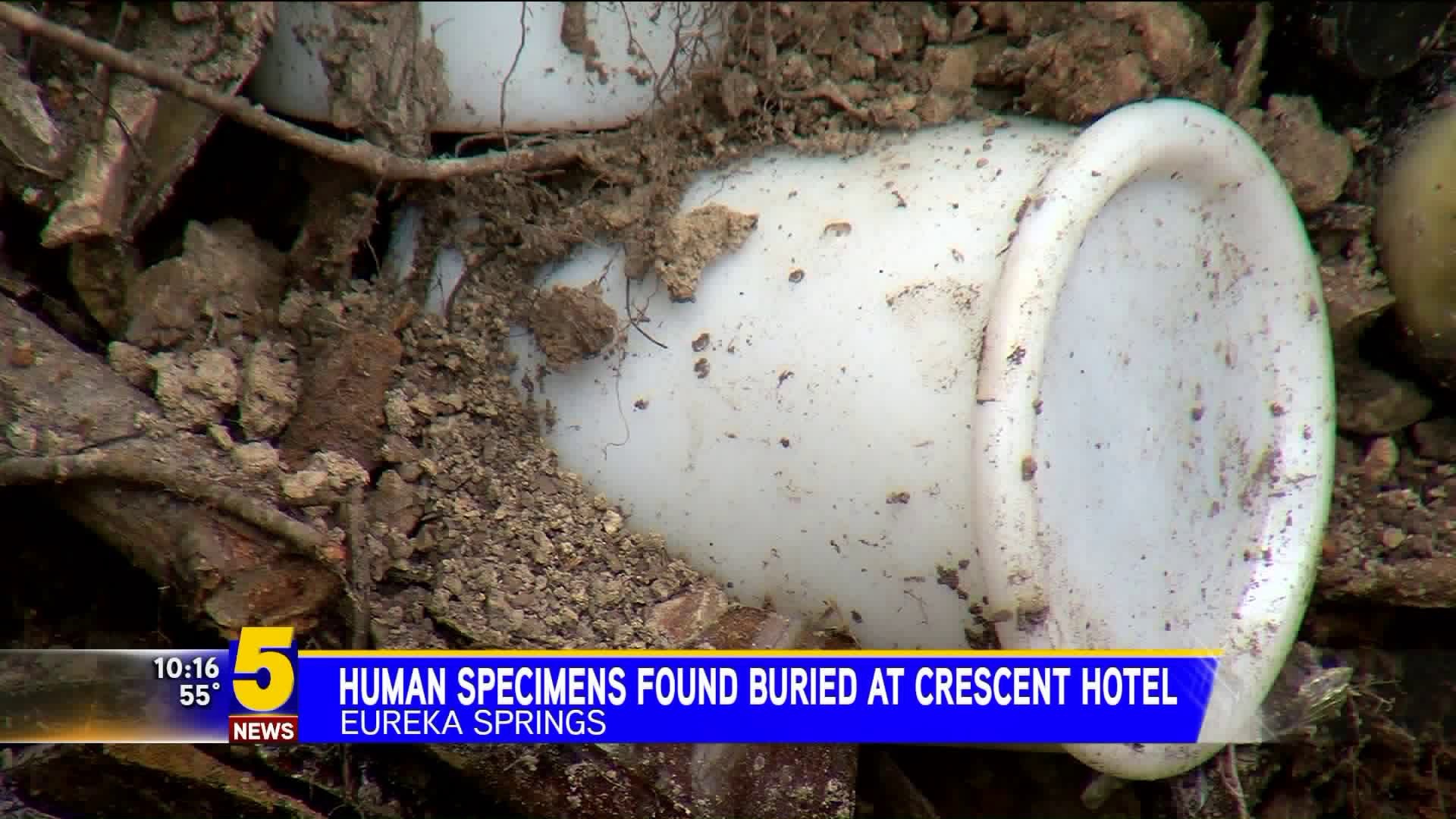 EUREKA SPRINGS, Ark. (KFSM) — The Crescent Hotel in Eureka Springs calls itself "America's most haunted hotel," so it may not be surprising that human specimens were found buried on the property.

It all started when the hotel groundskeepers found the first bottle about three months ago.

"We really didn't have any idea what was going on until I picked up the first bottle. That had a clear fluid in it with something in it," said landscaper Susan Benton.

Altogether, they discovered 500 bottles that point to the stories of Norman Baker, who used the hotel to treat cancer patients in the late 1930s.

Although this was considered a dump site, archeologists said they can tell a lot of thought went into the disposal of the bottles.

Archeologist Michael Evans said they also found a 60-millimeter film that was buried.

"The film is in really bad shape that we were able to lift a few little images from the film and one of the images said 'After or before Baker treatment,' it's a unique find, very exciting," Evans said.

Archaeologists also found an old bone saw they believe Baker may have used to work on his patients.

The Crescent Hotel has been featured on national television shows like Ghost Hunters. They offer tickets for ghost tours and if you're feeling brave enough, you can also try out the ghost package, which includes a one night stay at the hotel.