WINSLOW (KFSM) — A hiker found human remains in Devil’s Den last month, but officials have yet to identify who the person was, according to the Washington... 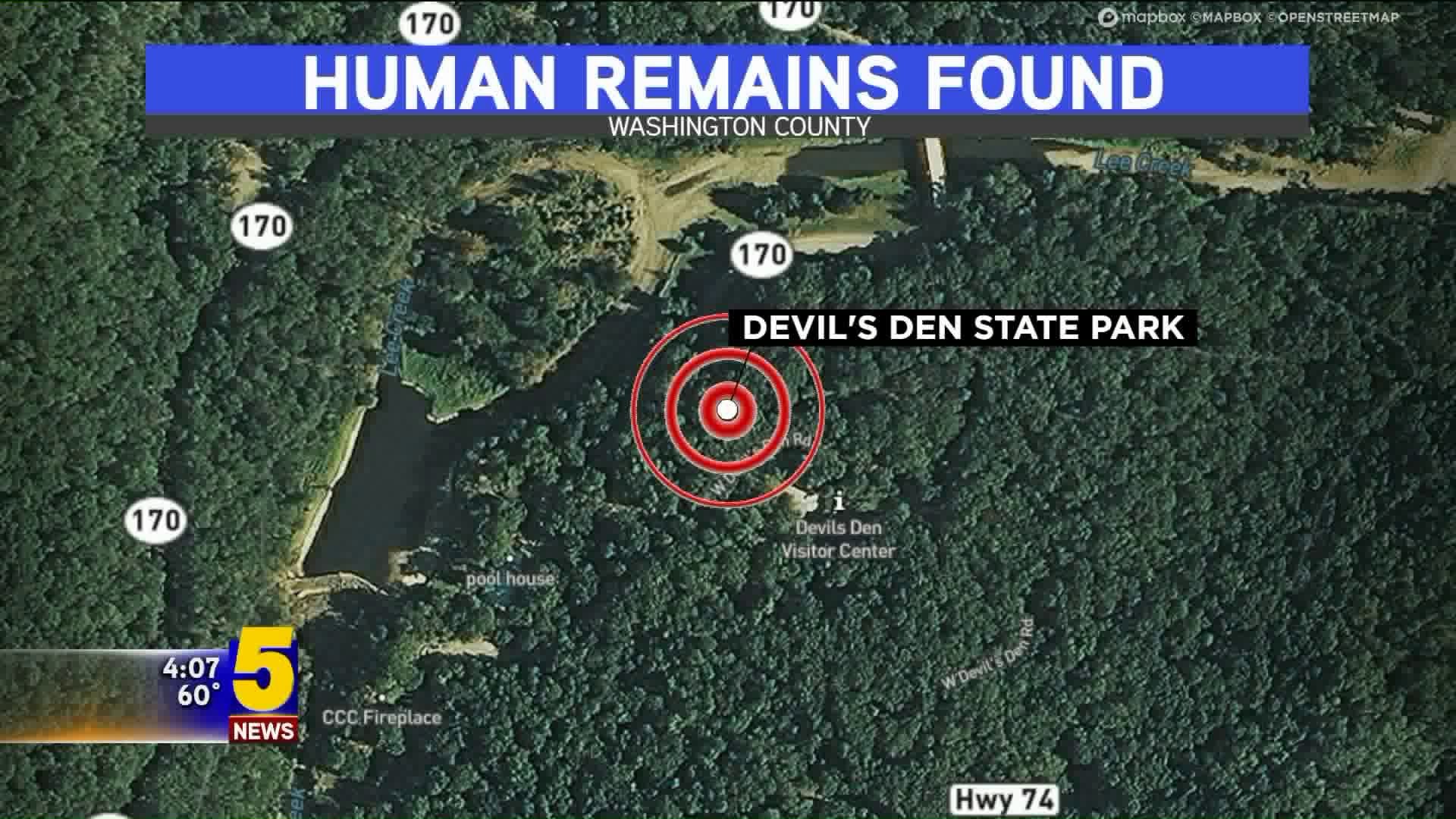 WINSLOW (KFSM) — A hiker found human remains in Devil's Den last month, but officials have yet to identify who the person was, according to the Washington County Sheriff's Office.

The hiker found a human skull off one of the trails on Feb. 25 and contacted park rangers, who in turn contacted the sheriff's office.

The remains were collected, packaged and sent to the Arkansas State Crime Lab.  Currently, investigators are unable to identify the remains but have requested a DNA profile be established for the recovered remains, said Kelly Cantrell, sheriff's office spokeswoman.

The cause of death and manner of death has yet to be determined.

An Oklahoma man disappeared in the park in August 2017 and the sheriff's office is actively investigating the disappearance as a missing person's case, Cantrell said.

Rodney Letterman, 33, of Bartlesville, Okla., was last seen around noon on Aug. 17, 2017, when he was separated from his hiking partner.

Letterman and a friend were hiking the Butterfield Trail when the other person went back to the car to get medical supplies for Letterman. However, he was nowhere to be found when the other hiker returned. Letterman has a medical condition.

Cantrell said the sheriff's office has no leads about Letterman's current whereabouts.

She said more information will be available after the Crime Lab identifies the remains.