SPRINGDALE (KFSM) — One man is dead after a domestic disturbance call led to an officer-involved shooting in a rural area east of Springdale. The three sheriff&... 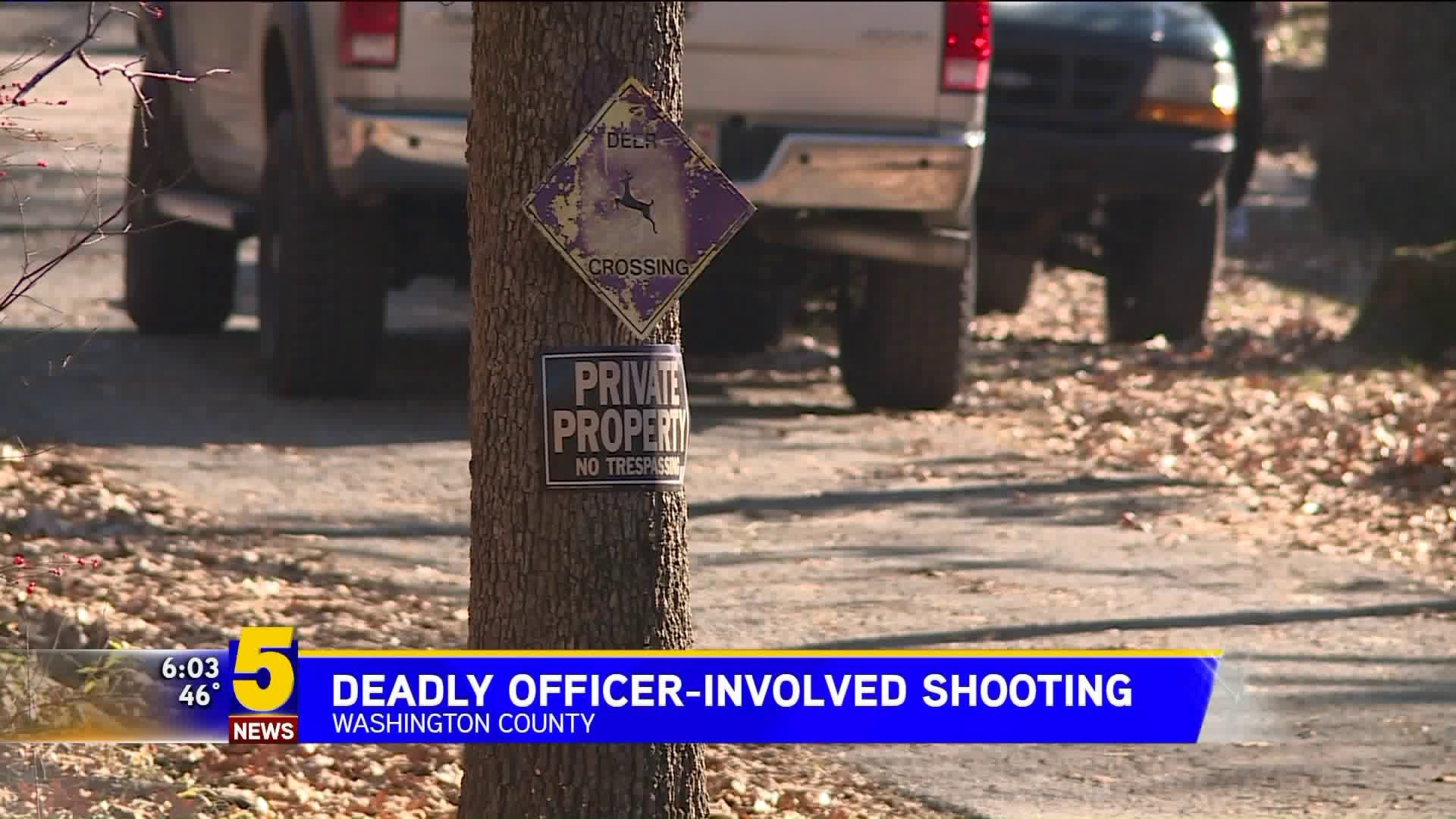 SPRINGDALE (KFSM) — One man is dead after a domestic disturbance call led to an officer-involved shooting in a rural area east of Springdale.

The three sheriff's deputies involved -- corporals Justin Bocchino, Addison Webb, and Emilio Zacarias -- were placed on administrative leave while the shooting is investigated, as is standard procedure, according to Kelly Cantrell, spokeswoman for the sheriff's office.

The Arkansas State Police have been asked to conduct the investigation.

Deputies were called to the home at 19496 Neills Bluff Road about 9:45 p.m. Sunday night, Cantrell said.

The caller told deputies his stepfather, Terry Don King, and mother was physically fighting in an upstairs bedroom. When the caller tried to stop the fight, King pointed a shotgun at him and shoved him out of the bedroom, Cantrell said.

The caller and two others were evacuated from the home after deputies arrived. Deputies then entered the home in search of King and the woman who was said to be in the upstairs bedroom with King.

Upon entering the bedroom, King pointed the shotgun at a deputy, who took evasive action, Cantrell said.

As he did so, the woman ran out of the room and down the stairs. King stepped out from where he was concealed and pointed his gun at deputies, who fired on him, Cantrell said.

King's body will be sent to the state Crime Laboratory for an autopsy, Cantrell said.