FAYETTEVILLE, Ark. (KFSM) — Har-Ber High School students said their school newspaper had articles pulled after an article came out about an investigation ... 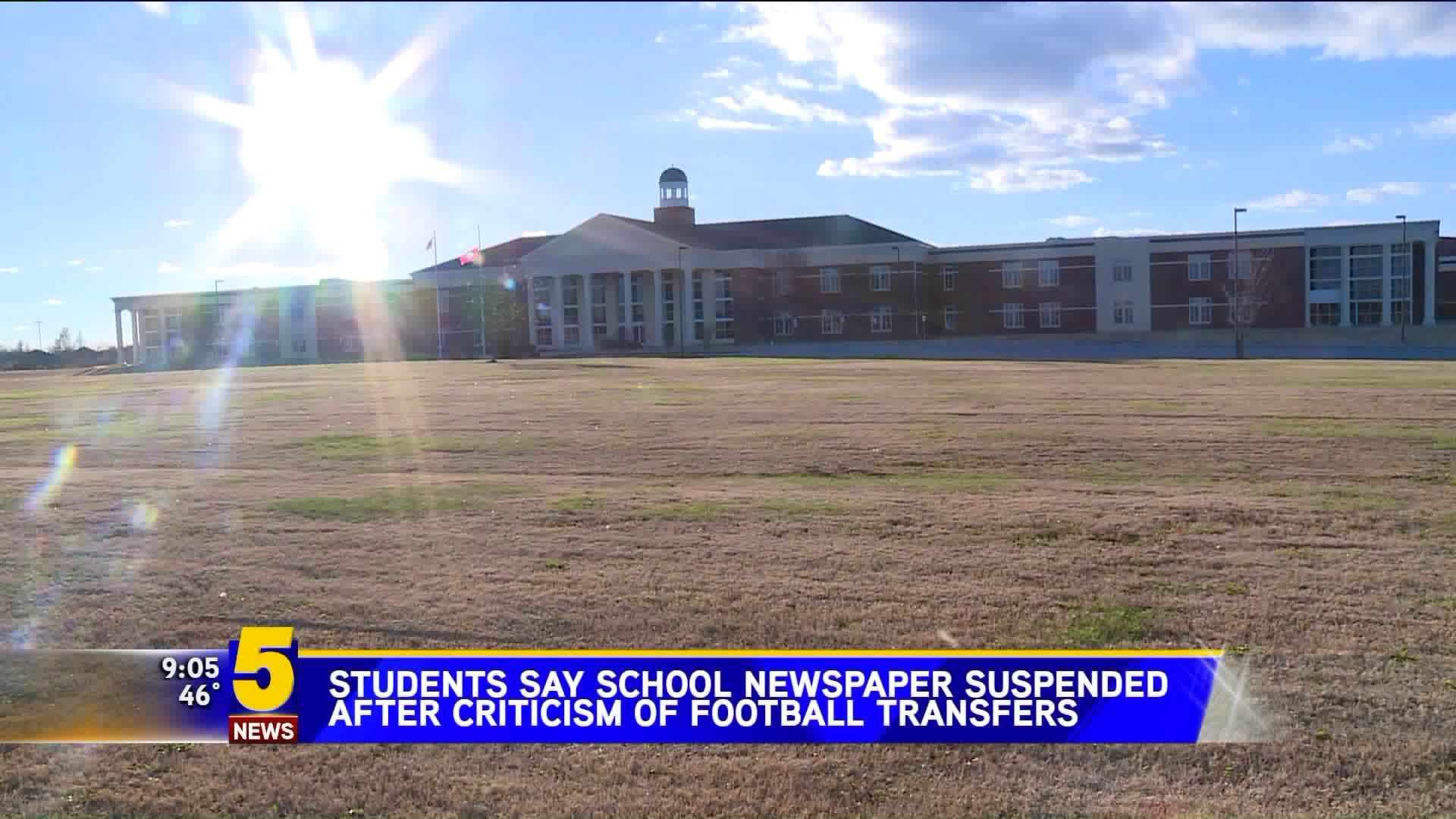 FAYETTEVILLE, Ark. (KFSM) -- Har-Ber High School students said their school newspaper had articles pulled after an article came out about an investigation into football players' transfers.

The Har-Ber Herald Editor-in-Chief Halle Roberts, only spoke to 5NEWS Sunday (Dec. 2) about the controversy surrounding the article.

The student journalists point out in the article that it's against school policy for athletes to be recruited, or transfer, just to play for a different team.

The article quotes interviews with some of the players.

The story has been removed from the school's website, per the administration's demand, with students saying school leaders told them it [the news story] was negative and demeaning.

Students said they feel the effort is to silence them and take away their right to the First Amendment.

"We love the city, and we love our school, and we love Springdale, too.  And we want a united district as much as anyone else.  And we are not trying to separate the district, and not trying to put anyone against each other.   We are just fighting for our rights, everyone at Springdale and Har-Ber  ... we want a united district too,  but what's unity without integrity?" said high school senior Roberts.

5NEWS reached out to the school district for comment.  At this time they said they will not comment on the matter other than saying they are going through a review process.

Students say the school told them in a letter they are reviewing policies related to the school publication and they cannot print or post online without it going through the district first.

5NEWS will continue to follow this story and bring you the latest.