HOW TO TRACK ROAD CONDITIONS

FAYETTEVILLE, Ark. (KFSM) — Winter weather rolling in Saturday night could create the possibility for some trouble on the roadways Sunday morning. The mix... 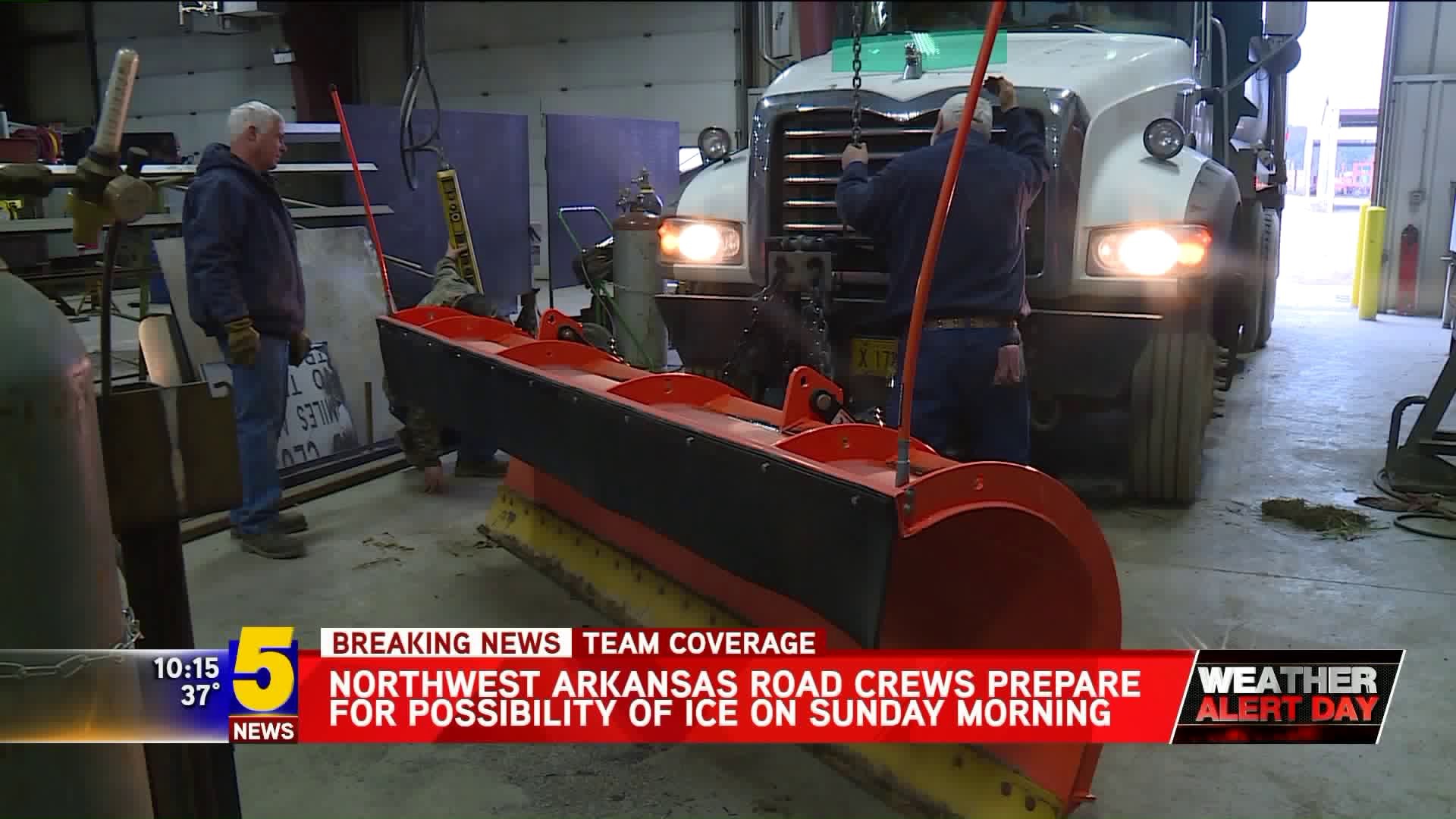 FAYETTEVILLE, Ark. (KFSM) -- Winter weather rolling in Saturday night could create the possibility for some trouble on the roadways Sunday morning. The mixture of dropping temperatures and moisture are expected to make roads difficult to navigate especially for those headed to church services.

As always the number one spot to look out for is bridges and over passes. The flow of cold air over and under those areas makes them more susceptible to freezing. There are 37 overpasses between Alma and Bella Vista on I-49 and Arkansas Department of Transportation said some of them are the tallest in the state which makes them even more prone to icing over during times like this.

Road crews headed out Saturday night around 7 p.m. to pre-treat roads. Danny Straessle with the Arkansas Department of Transportation said that even in areas that won't see precipitation overnight there is still a chance for ice on the roadways.

"Any time the temperature drops below freezing it doesn't take a winter weather event for ice to form on a bridge, overpass or roadway," said Straessle. "We have had a lot of rain earlier in the week so a lot of ground water is migrating across the roadways and those areas will be a solid sheet of ice later tonight and in the morning."

For real time updates on road conditions you can check iDriveArkansas.