How To Stay Cool In The Summer Heat

FORT SMITH (KFSM) — On Tuesday (July 3), heat advisories were issued until 9 p.m. for several counties in Arkansas and Oklahoma including Crawford, Sebast... 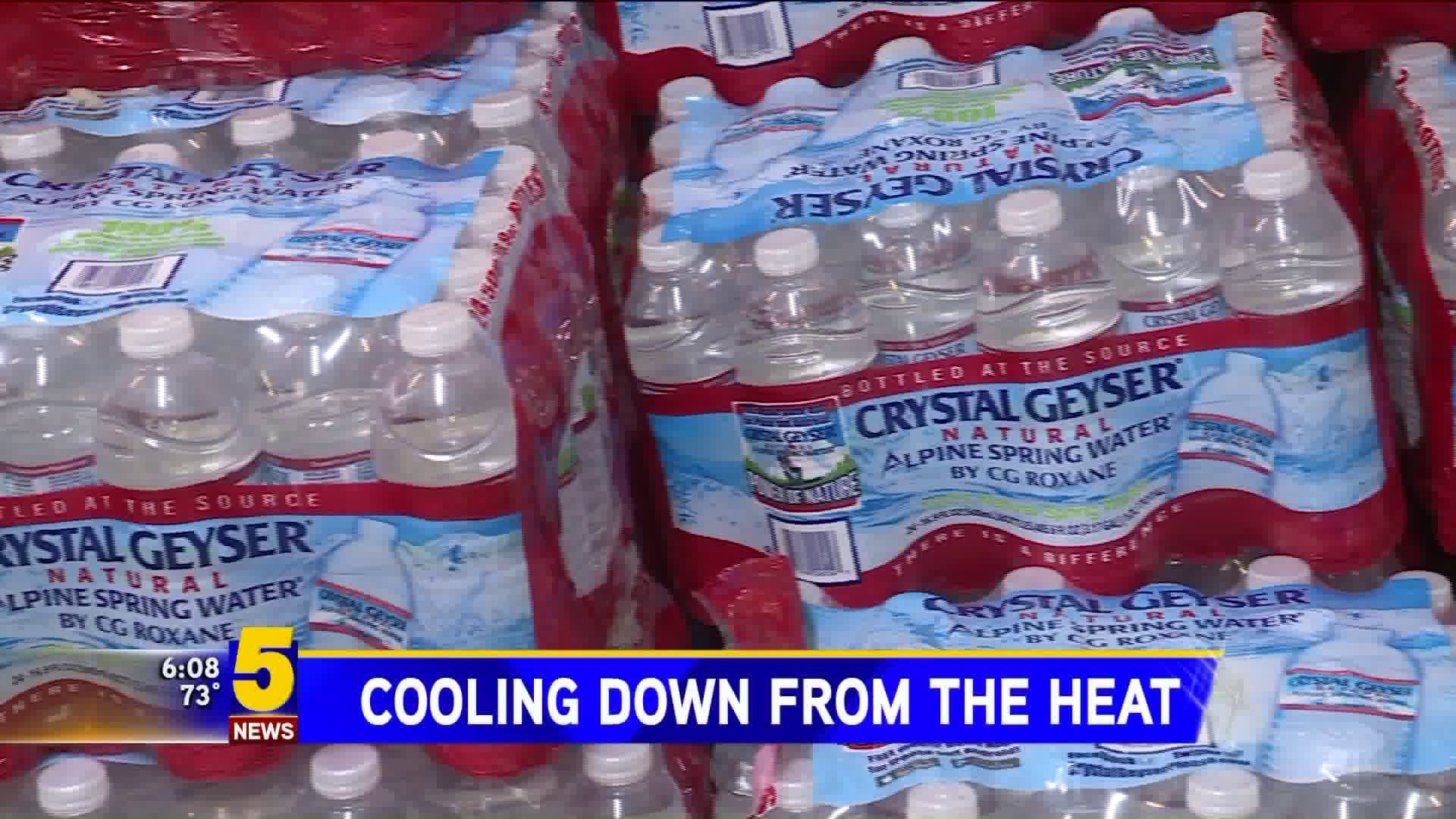 FORT SMITH (KFSM) -- On Tuesday (July 3), heat advisories were issued until 9 p.m. for several counties in Arkansas and Oklahoma including Crawford, Sebastian, Franklin, Sequoyah, and LeFlore.

"People are pretty desperate given the heat," said Brittney Drost, who is a case manager at The Next Step in Fort Smith.

She adds that the heat and humidity drives more people through their doors.

The Next Step offers homeless people a cool place to rest and sleep, as well as chance to get their hands on water. The Next Step Day Room on North 6th is open Monday through Friday from 8 a.m. to 4 p.m.

There are other options for people to stay hydrated, including a hydration station in downtown Fort Smith, which was installed back in February by Eagle Scout Bryston Porter.

At a push of a button, people can access drinking water.

Immediately behind the hydration station is The Sack Lunch Program.

When they’re open and serving meals, they offer bottled water for people in need on hot days free of charge.

To donate to The Sack Lunch Program, click here.

In the past, The Salvation Army has opened up cooling stations for people in need. You can check in with them, or look for public places such as libraries if you need a break from the oppressive heat.