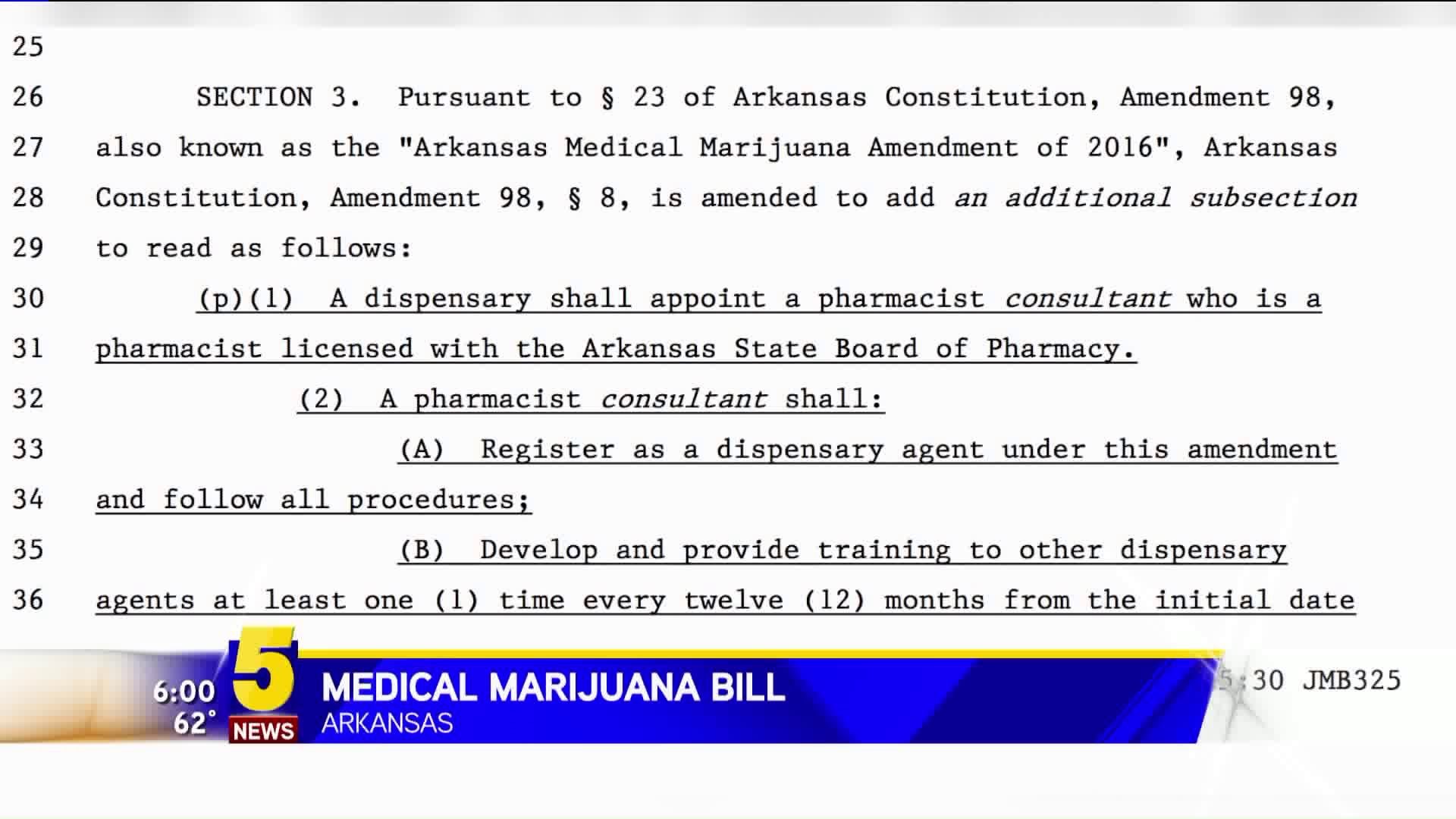 Scott Pace, the CEO of Arkansas Pharmacists Association, said the bill plays an important role to protect patients who want to use the drug.

“We think it’s common sense legislation that will make sure that public safety is first,” Pace said.

Cynthia Pabon is from California, which was the first state to legalize medical marijuana. She moved to the area in 2010.

“I just think marijuana could help a lot of people, and God gave us plants for all different reasons, and I would not want to see it abused,” Pabon said.

She said in her opinion, medicinal marijuana is better than many pharmaceuticals.

“I just think that it's a milder form and a better form for people,” Pabon said.

“That's my generation,” Adney said. “I never thought it was a good idea to smoke marijuana.”

He said since medical cannabis is now legal, he’s had a change of heart.

“I've known people who've had cancer and used that as an option,” Adney said. “I think it's good.”

Both Pabon and Adney think the proposed legislation requiring dispensaries confide in a pharmacist consultant is a good idea.

“It needs to be regulated,” Pabon said. “I think it needs to be something that we all make sure it doesn't get used improperly.”

House Bill 2190 intends to train dispensary agents on the risks, benefits and side effects associated with medical marijuana. They will also be taught to look for warning signs of substance abuse.

“If it can be done, that would probably be one of the best ways to have it handled,” Adney said.

A pharmacist would also be readily available to answer patient’s questions via phone or video conference.

The Medical Marijuana Commission currently has 32 marijuana dispensaries that will be going through the application process. HB 2190 would require a pharmacist be available at all those dispensaries.