BENTONVILLE (KFSM) — A man who was recently accused of killing a friend during a night of hot tubbing and drinks is speaking out, along with his attorney,... 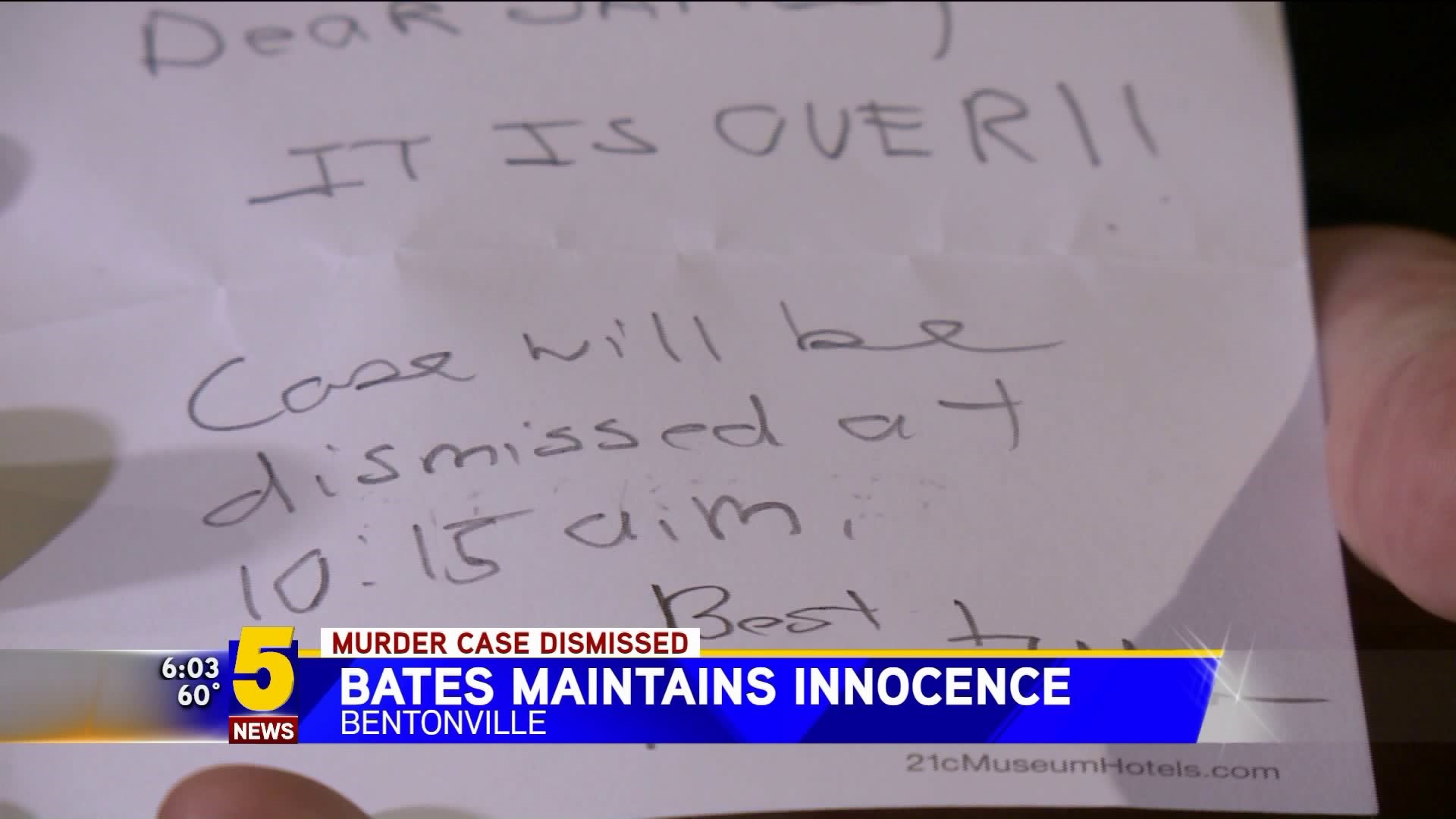 BENTONVILLE (KFSM) -- A man who was recently accused of killing a friend during a night of hot tubbing and drinks is speaking out, along with his attorney, is speaking out for the first time.

James Bates and his attorney, Kathleen Zellner, spoke to 5NEWS following the dismissal of what was thought to be a homicide case.

Bates and Zellner met Thursday (Nov. 29) morning before they were set to be in court. She handed him a note that states 'Merry Christmas' on the front.

“It says dear James it is over...And it`s still kind of hard to let it sink in, I need to pinch myself still because it`s been such a long two years,” Bates said.

Zellner commented, “It made me just really thrilled to tell James and his mother and then his father by phone that you`ve got your life back. You know this is the first day of the rest of your life."

Bates said it`s been difficult having everything taken from him including custody of his son, his job and reputation.

“It destroys every aspect of your life to be accused of something like this. I mean you`re just everything...spiritually, emotionally, financially,” Bates said.

Bates said not only has he dealt with a potential murder charge hanging above his head, but has also dealt with the heavy feeling in the death of his friend, Victor Collins.

He says he woke up that morning during November 2015 to find his friend floating face down in the hot tub.

“Three months later I`m pulled over with my son in the car and arrested in front of him. It was extremely difficult to deal with all of that. I mean it was like you almost just become numb to the situation because, so many bad things are happening,” Bates said.

Zellner hired many leading experts to investigate the case, all who found this was not a murder, but a drowning. She greatly admires the prosecutor for making this decision.

“Hopefully the community will realize that it took a lot of courage because I`ve done these cases all over the country since 1994 and most of the time when we undo a conviction, it`s after someone has been spent years in prison,” Zellner said.

Bates wants people to know this is a reality and police and prosecutors are not perfect and sometimes get it wrong.

“Thankfully, this time we have a prosecutor with integrity who stepped up and did the right thing but I think the public needs to know that it happens and it can happen to you within the span of one night,” he said.

Bates said he is thankful to his friends and family who stood by him during this difficult time.