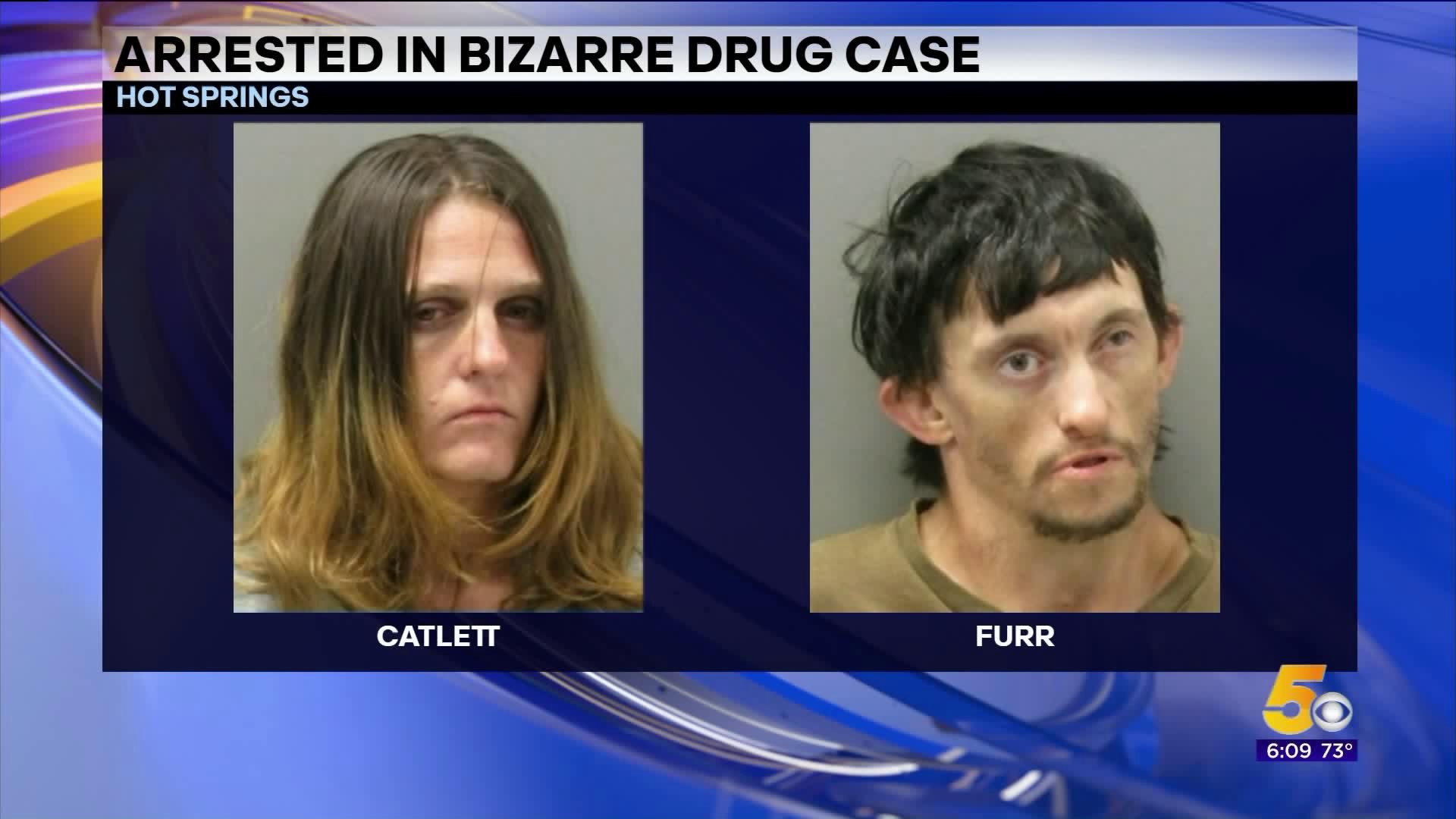 According to a police report, a Hot Springs police officer was patrolling the 100 block of E. Grand Avenue around 6:30 a.m. when he saw a car pull out of a parking lot without headlights.

He pulled the car over near the intersection of South Border Street.

According to a probable cause affidavit, the officer could smell marijuana. He said that the driver, 29-year-old Elizabeth Marie Catlett of Hot Springs was “moving about the vehicle in a quick, nervous manner.”

She told the officer there were no drugs in the vehicle.

Her brother, 33-year-old Don Russell Furr of Lonsdale, was in the passenger seat.

Another officer arrived, and Catlett was checked for weapons or illegal items.

In Catlett’s front pocket, police found a small plastic-wrapped bag that had small scraps of paper, a straw cut into a smaller length, and several plastic bags.

She told police that the bag was not hers and that someone else had put it in there.

Inside the scraps of paper and on the straws, police found the residue of what appeared to be methamphetamine.

Catlett was placed into custody.

Police found a bag with the same substance and a glass smoking pipe. Furr was taken into custody.

Additional scraps of paper with methamphetamine were found in the middle of the seat and more was found in Catlett’s purse. There was also a large number of alcohol swabs and other medical supplies in the car.

In total, police found 0.5 grams of meth in the car.

Furr admitted to police that he had used meth the day before.

At the Garland County Detention Center, Catlett submitted to a field sobriety test, which she did not pass. She refused to submit to a chemical test.

As Catlett was being read her Miranda Rights, she told police that if she “pops hot” it was because her brother fed her a sandwich that contained methamphetamine.

The affidavit states that Catlett told police that her brother did that often and that she thought her brother put meth in her drink earlier that evening.

Both Furr and Catlett are being held in the Garland County Detention Center. Both face charges of possession of methamphetamine or cocaine with purpose to deliver and four counts of possession of drug paraphernalia.

Catlett faces additional charges of DWI and refusal to submit to a chemical test. Her bond was set at $14,500 while Furr’s was set at $13,500.

Both are scheduled to appear in the Hot Springs District Court on November 4.