NORTHWEST ARKANSAS (KFSM) — Nearly 200 professional golfers made their way to Rogers for the LPGA Walmart Northwest Arkansas Championship, and almost half of th... 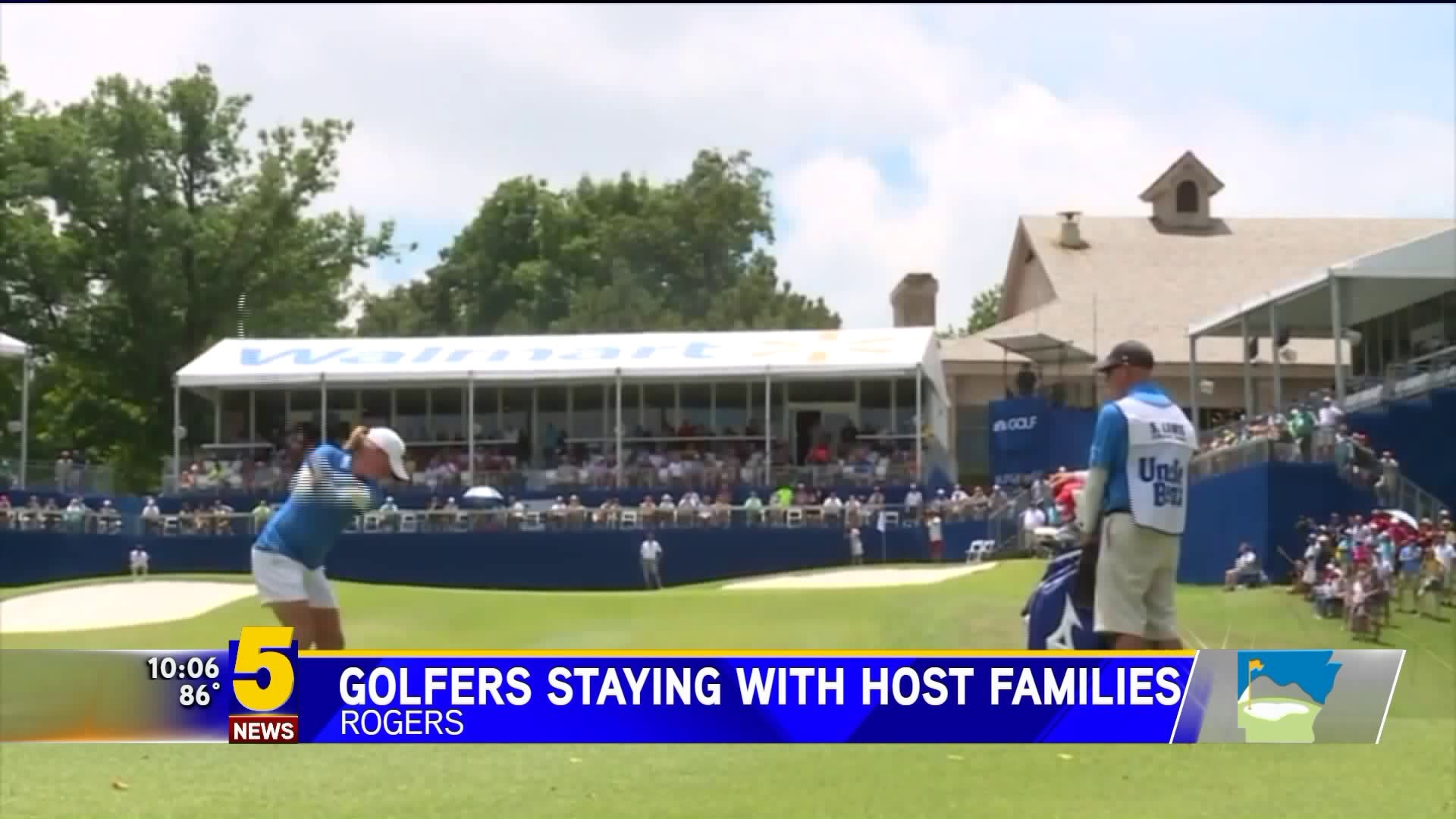 NORTHWEST ARKANSAS (KFSM) — Nearly 200 professional golfers made their way to Rogers for the LPGA Walmart Northwest Arkansas Championship, and almost half of them stay with local families while they're in town.

Families in our area made it a mission to make every professional golfer who comes through each year feel right at home.

"It’s the closest thing we ever get to being home while traveling on the road," said professional golfer Lee Lopez.

Some of the professionals in the competition spend almost six months or more traveling from place to place playing in tournaments and living out of a suitcase.

Lopez traveled to Northwest Arkansas to compete for the fourth time and says she always looks forward to seeing her host family again each time.

"The first time that I came to the tournament I was a rookie on the LPGA tour, I had never been to Rogers before and it’s so nice just to have a family that says 'hey we are going to open up our home to you and not only that but make you feel like part of the family'," Lopez said.

Almost half of the athletes who come for the LPGA Championship choose to stay in a host home. Many of them stay in houses surrounding the course, which makes getting recharged between rounds more convenient.

Marjorie Hanus coordinates local families and players through questionnaires. Hanus has hosted Lopez for the past few years and says she loves being there to cheer her on.

"Lee has stayed with us several years now and she is like a member of the family," Hanus said. "She arrived in yesterday so I am looking forward to spending as much time with her as possible getting to know what has happened with her over the last year."

Hanus says her favorite part of hosting is getting to follow her players around and cheer them on at each hole.

"We try to remember that their focus is really on the tournament, but we really just love getting to spend as much time as possible with them and getting to know them and what it’s like to be a professional golfer," Hanus said.

Lopez, who is from California, says she loves coming back to Arkansas each year because she knows she will get the same support she does back at home.

"To come to somewhere so far away from my home and feel like I have a huge support system here it makes all the difference in the world while you are competing," Lopez said.

Some host families take the time to travel to other tournaments across the country to support and cheer on their favorite players.