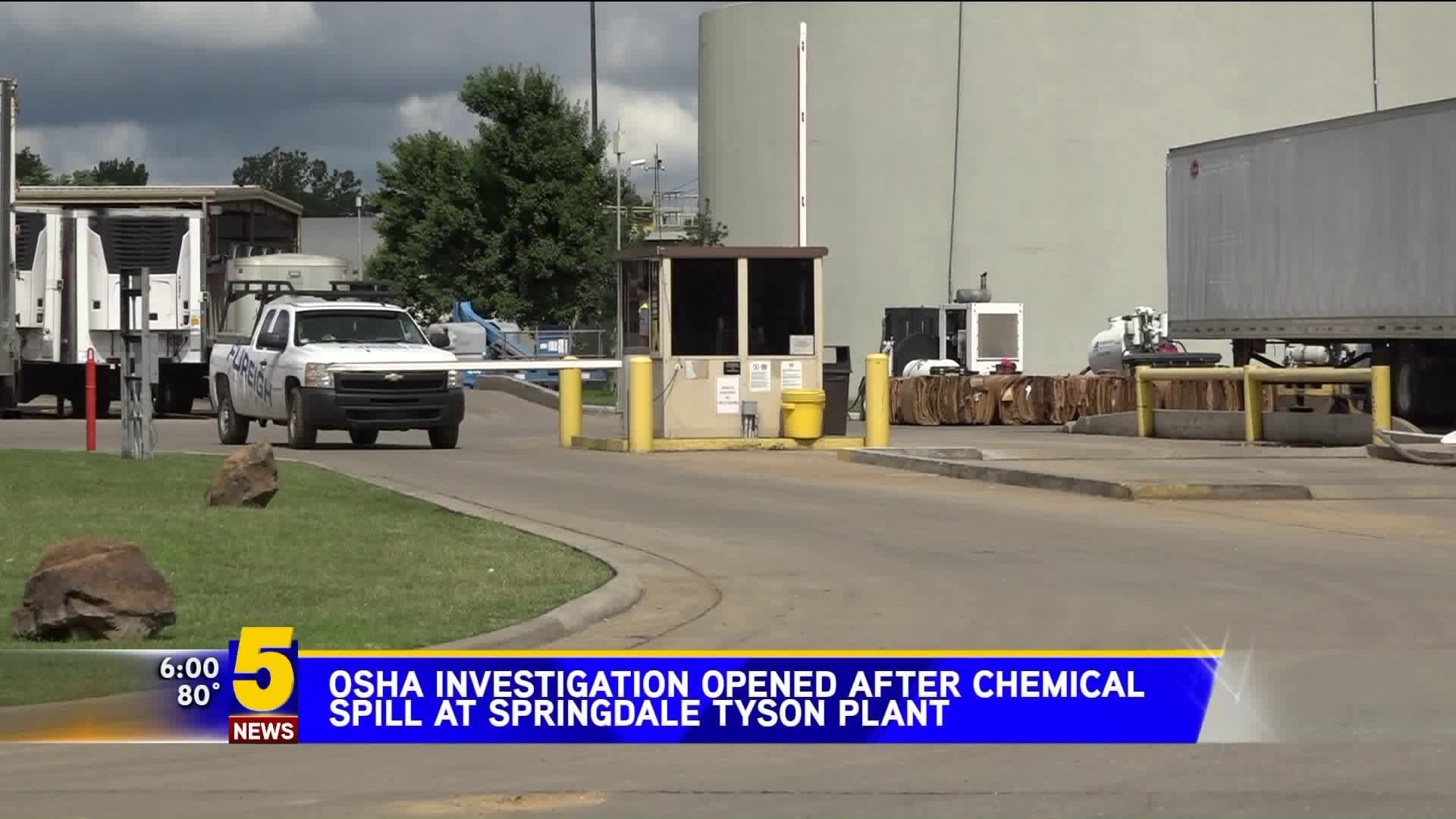 The chemical brand OkypHresh22 is a clear liquid poultry and red meat wash designed to inhibit pathogen activity on surfaces and improve the safety of ingested foods.

A hospital spokeswoman said the injured workers have been released.

Springdale firefighters were called about 8:30 a.m. to the plant at 600 Berry St., where employees were complaining of breathing problems and skin burns after a cleaning agent spilled.

One person was initially listed in critical condition, but as of Friday (June 21) afternoon, all five had been released, according to Beth Wright, spokeswoman for Northwest Medical Center-Springdale.

Firefighters contained the spill outside the poultry processing plant and set up a decontamination line to aid victims and medical personnel, according to Capt. Matt Bagley.

Bagley said no contaminants were released in the air, on the ground or in groundwater.

The Occupational Safety and Health Administration (OSHA) has opened an investigation into the incident through its Little Rock-area office, according to OSHA spokesman Juan Rodriguez.

Rodriguez said he wasn't able to provide further details about the investigation since it is ongoing.

OSHA works "to assure safe and healthful working conditions" nationwide, according to its website.

The agency, which his under the U.S. Department of Labor, covers most private sector employers and their workers.

Tyson Foods said it is also investigating the incident.

"We’re thankful for the quick response of Springdale emergency services who helped us address the situation," the company said in a statement.

A chlorine gas leak at the same plant hospitalized more than 150 workers in June 2011.

A report by the U.S. Center for Disease Control found that a Tyson worker with a limited understanding of the English language poured sodium hypochlorite into 55-gallon drum that contained an acidic solution, resulting in a gas leak.

The employee was unable to read the label on the drum that had been accidentally put in the wrong place, according to the report.

Tyson disputed the report, saying the employee in question was not Hispanic, and that the worker's primary language is English.