FORT SMITH, Ark. (KFSM) — Less than two months after naming a new executive director, HOPE Humane Society is looking for a new one after letting the previous on... 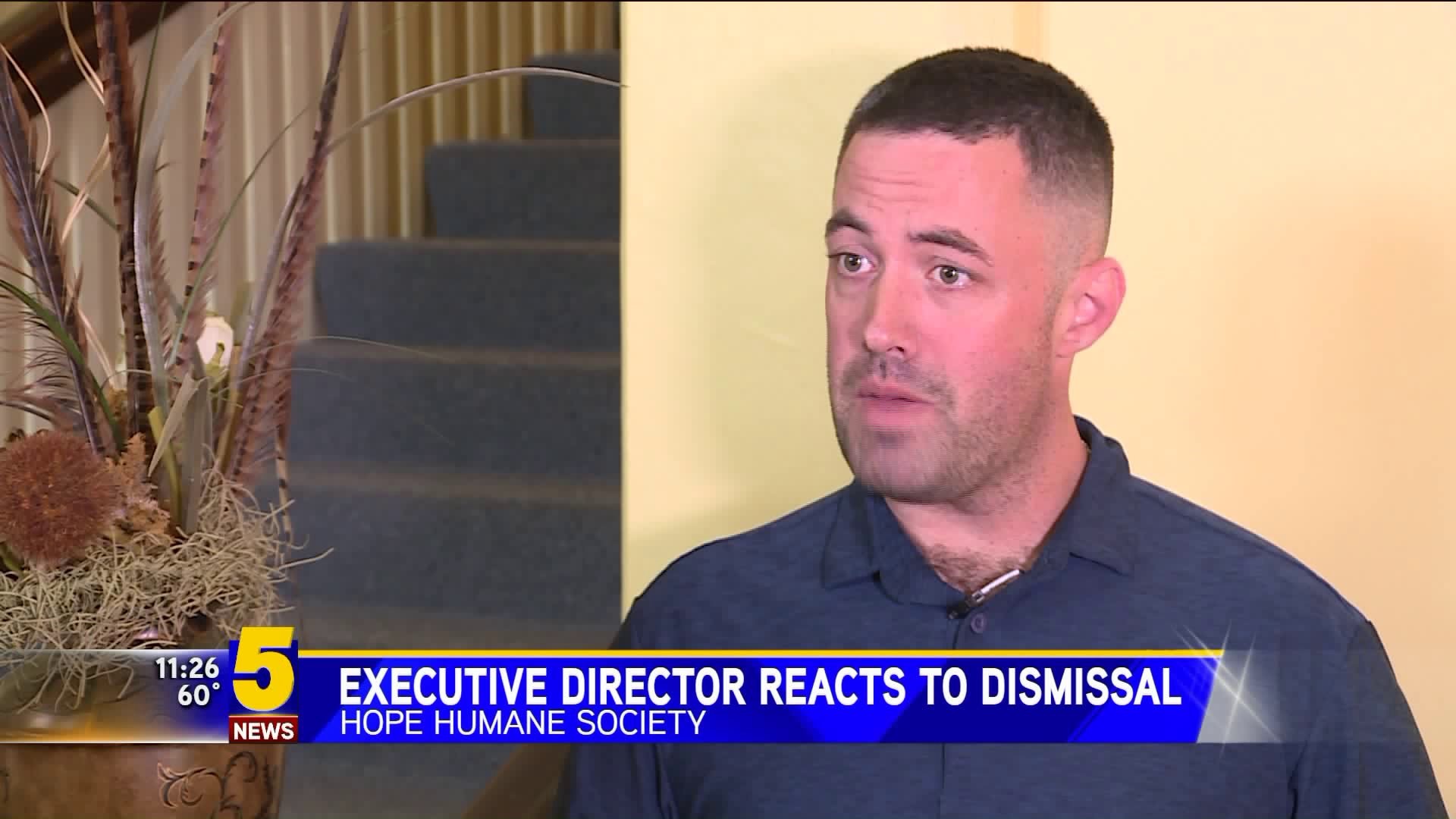 FORT SMITH, Ark. (KFSM) — Less than two months after naming a new executive director, HOPE Humane Society is looking for a new one after letting the previous one go.

"I was caught off guard, I was blindsided, I`m shocked and in six weeks I think I`ve heard from a lot of people that they`ve seen a lot more change in six weeks that I`ve been there then they have in the past three years, " said Former Executive Director Jarrod Ricketts.

The nonprofit released a statement Monday saying it has "elected to recruit and hire a new Executive Director." The statement comes less than two months after announcing it had hired Jarrod Ricketts to head the company, which has faced financial and overcrowding issues recently.

"HOPE wishes Mr. Ricketts all the best," the statement, signed by the board of directors President Sam Terry, said.

Terry did not give an explanation as to why Ricketts was released. Instead, he shifted focus to the shelters effort to get the city to pass a pet licensing ordinance that would encourage pet owners to spay and neuter their pets.

"Until we can get a good ordinance on the books and start getting to the root of our problem which is the overpopulation crisis, really we`re trying to do more transports and adoption events, trying to get animals out of here and into good homes," said Terry.

Ricketts was hired in mid-February as the no-kill shelter was dealing with overcrowding issues and a need for monetary donations and pet supplies. He had previously served as an animal control officer for the city of Greenwood.

He says there are only two reasons why he can see for the sudden dismissal.

The first setting expectations and holding employees accountable and second his beliefs on euthaniasia.

Ricketts says HOPE is a no-kill shelter but that doesn't mean there isn't euthanasia. He says that happen at any shelter for various reasons like health or behavioral issues.

He says no-kill means that the shelter is not euthanizing more than 10-percent of what they have each month.