FORT SMITH (KFSM) – When someone is murdered, family and friends are often left to grieve on their own, but a new support group is hoping to change that. Bethan... 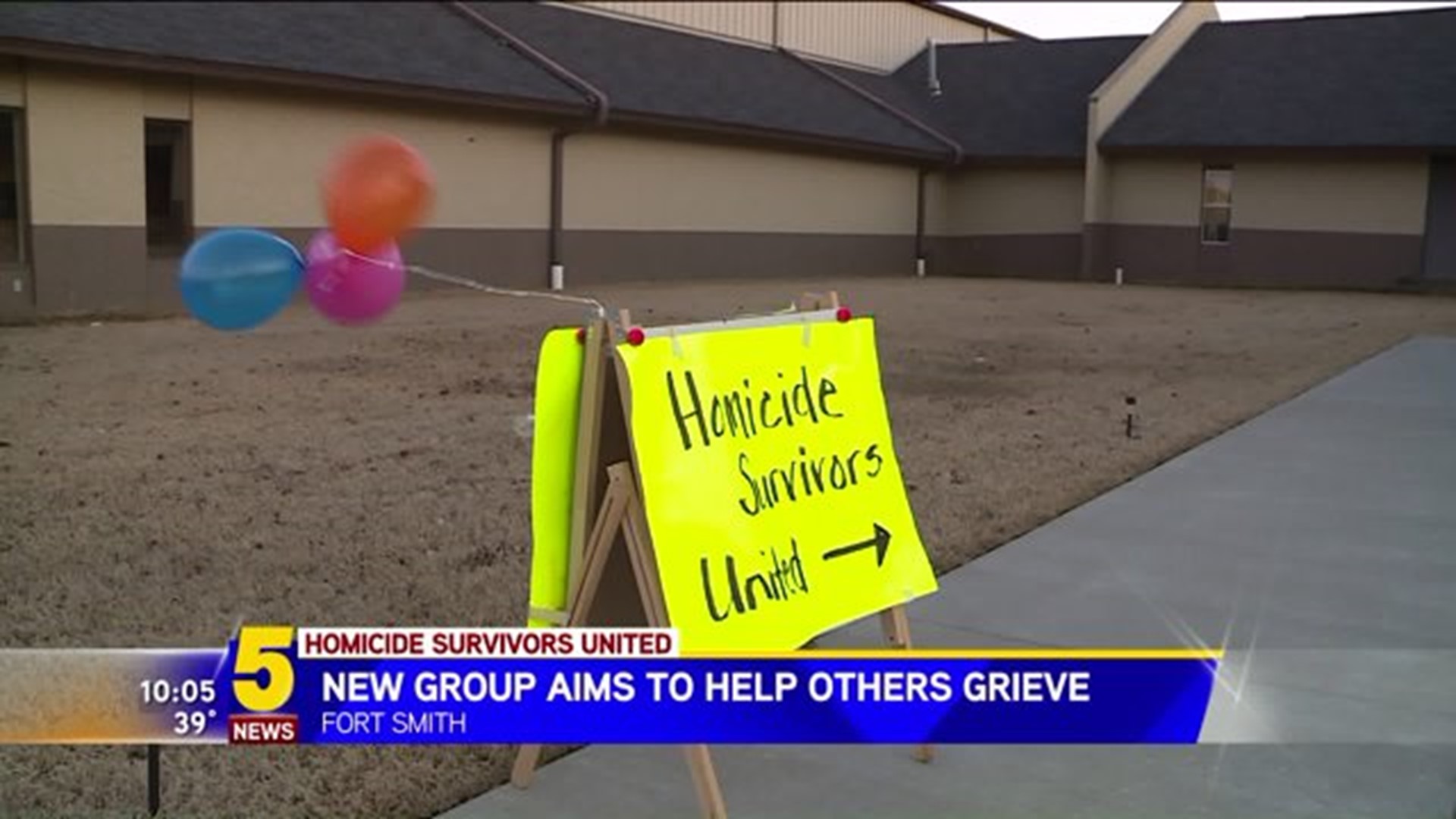 FORT SMITH (KFSM) – When someone is murdered, family and friends are often left to grieve on their own, but a new support group is hoping to change that.

Bethany Ault-Pyle’s daughter Briana was murdered almost six years ago, and now she’s organizing a group called “Homicide Survivors United” for other people grieving the loss of a loved one from a homicide.

Ault-Pyle said she felt alone when she learned her daughter was found dead in a pond in Pocola.

"I couldn't think of anybody that had a kid that was murdered,” she said.

Colleen Allen and Barbara McDonald took advantage of their time together Thursday (Feb. 25) to talk through their grief.

“We want them to feel comfortable enough to be able to talk about it, to be able to handle their grief, and let us go through it with them," Ault-Pyle said.

She said each time the group meets at Central Christian Church, their time together will end with a prayer.

"God's a big part of it,” she said. “And so the meeting will always, God will always be in it."

The meetings are held at 6:30 p.m. on the second and fourth Thursday of each month at the Central Christian Church in Fort Smith.