A homeless camp located on railroad property in Fort Smith is being shut down. The camp, known as the ‘North Camp,’ has existed along the Fort Smith riverfront ... 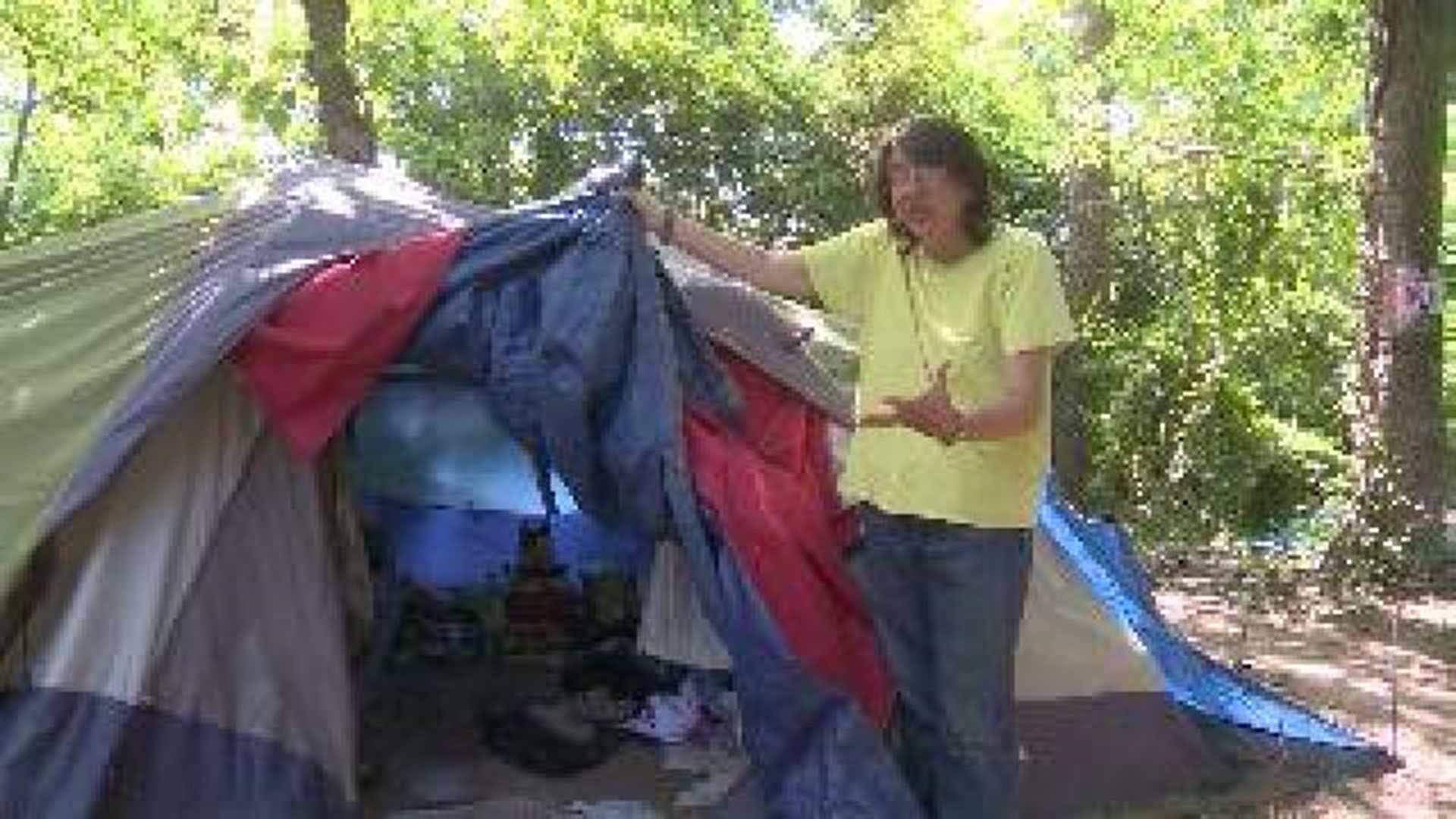 A homeless camp located on railroad property in Fort Smith is being shut down.

The camp, known as the ‘North Camp,’ has existed along the Fort Smith riverfront for two decades. But Wednesday (May 15) signs will go up telling them they have to move off the property.

Allison McFate moved to the ‘North Camp’ two years ago. She said she’s devastated that she has to move.

McFate, and about a dozen others, have to find a new place to call home.

The camp is on private property which is owned by the Kansas City Southern Railway Company. The company was notified about the homeless camp earlier this month and worries trespassers might cause a safety issue.

KCS released the following statement: "As a result of recent contact from a local resident, it came to Kansas City Southern’s attention that there was a homeless camp located on property owned by KCS which lead to our initial investigation and contact with a resident of the camp.  KCS has a long-standing trespasser abatement policy in place in the interest of public safety.  We investigate all reports of trespassing issues.  KCS is working with the local police department.  The homeless have been asked to leave the property by tomorrow.  A KCS special agent will follow up tomorrow to make sure that the homeless have left the property and will post signs.  An environmental assessment of the property will follow in the near future."

The Community Rescue Mission is now working with Fort Smith police to move the homeless people off the property.

“Most of them [camps] are right along the edge of the river,” said Brian Hilts, with the Community Rescue Mission. “Actually, thought they were on Corp of Engineers easement land. I know they have to expect land boundaries but they weren't really expecting the railroad to come in and do this.”

Some of those living in the North Camp say they will move to an adjacent property with the approval of the property’s owner.

However, officials say the majority of those from the camp will have move to a shelter or find a different place to live.