NORTHWEST ARKANSAS (KFSM) — Homelessness is more of a problem than you may think and this week the number of people without a home were counted to help co... 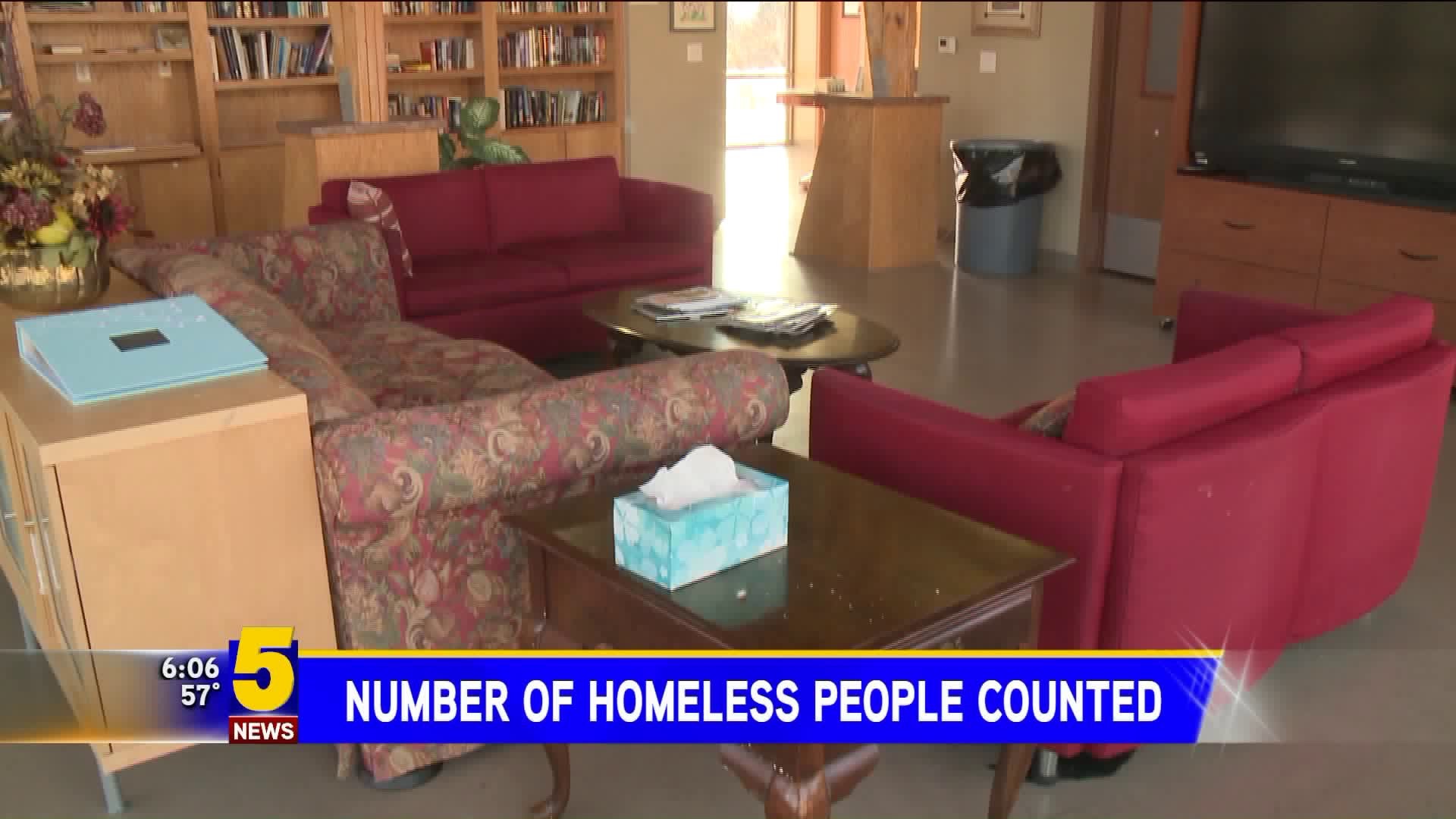 NORTHWEST ARKANSAS (KFSM) -- Homelessness is more of a problem than you may think and this week the number of people without a home were counted to help come up with a plan to combat the problem.

The U.S. Department of Housing and Urban Development requires a "point and time count" to be completed every other year to find out how many homeless people are living in communities around the country.

After seeing research, they learned communities that are solving homelessness are doing this count every year.

Northwest Arkansas Continuum of Care board chairman Angela Belford said for her this means more because as a teenager she was a client at the Fayetteville Salvation Army.

“I get to take my experience, the life experience of having a very housing unstable childhood, my time as a business owner and combine those efforts to really build a system that is going to work and it allows me to be empathetic to people on both sides,” she said.

Economically for our community, Belford said it's much less expensive for the community to house people than it is to leave people on the streets.

“They say nationally that someone who is chronically homeless will cost a community between $30,000 to $40,000 per year, whereas if we can house him with supportive services that number is more like $10,000 a year,” she said.

The same survey will be done in the River Valley next week. President of Old Fort Homeless Coalition Marshall Sharpe said they expect the number to be less than last year since the Hope Campus opened in Sept. 2017.

“What we are hearing from the people that deal with homeless every day is that there aren't that many people left on the river. We do have about 18 volunteers who will be doing the survey,” Sharpe said.

The "point in time count" will be done on Tuesday (Jan. 30) in Fort Smith.

The data gathered in Northwest Arkansas will be presented to the community on March 8 and 9. The point and time count is one of the factors used in funding for HUD grants.