RUSSELLVILLE (KFSM) — Joyce Griffis has organized the Holocaust remembrance day event in Russellville for years. This year, they were interrupted by members of ... 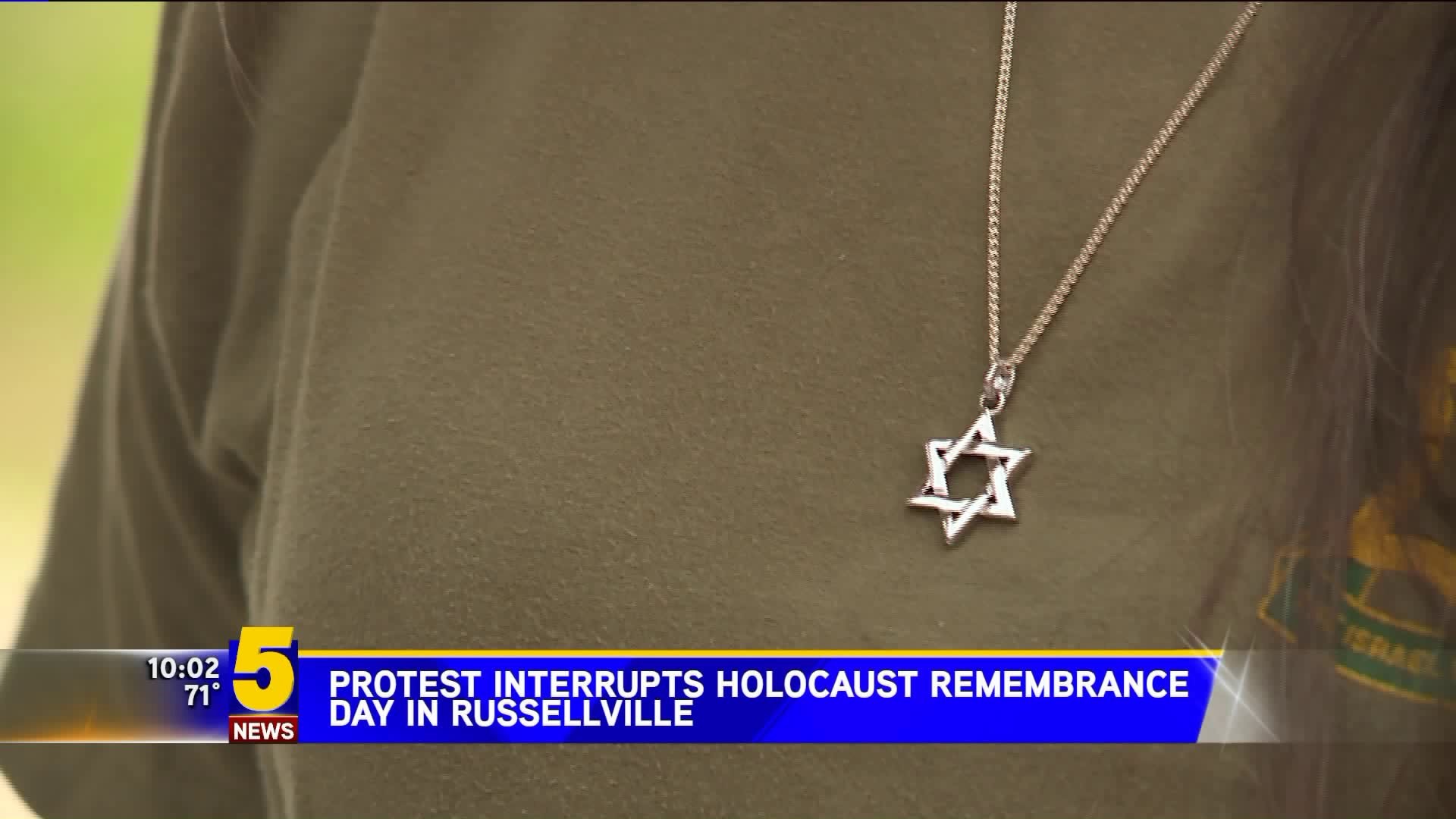 This year, they were interrupted by members of a white supremacist group.

Sir Beryl Wolfson, a 96-year-old World War II veteran, was invited to speak at the event.

Wolfson says he saw the liberation of the concentration camps with his own eyes. He says he's traveled all over the state sharing his story for a reason.

"Never forget, because it could happen again, and I'm trying to get this out to the people so it won't happen again in any place, " Wolfson said.

Last year, ATU announced a scholarship fund named for the late Dr. Michael Link. Link has been accused of being a Holocaust denier.

Billy Roper, network coordinator for Shieldwall, the group that interrupted the event, says their rally was in support of Dr. Link.

"The rally that we held was a protest against the ADL (Anti-Defamation League), and Dr. Sarah Stein's attempts to intimidate and blackmail Arkansas Tech University into removing Dr. Michael Link's name from the scholarship he endowed, " Roper said.

Meanwhile, Griffis says she supports free speech, but she has this message for the white supremacists.

"We will accept you if you accept us. We want you to have your life, but we want our life also, and we want the truth to be known about history."

Law enforcement in Russellville says no one was hurt or injured at the event.