FAYETTEVILLE (KFSM) — Dozens of fans lined up at Baum Stadium Thursday (June 14) to send the Arkansas Razorbacks baseball team off with well wishes and wi... 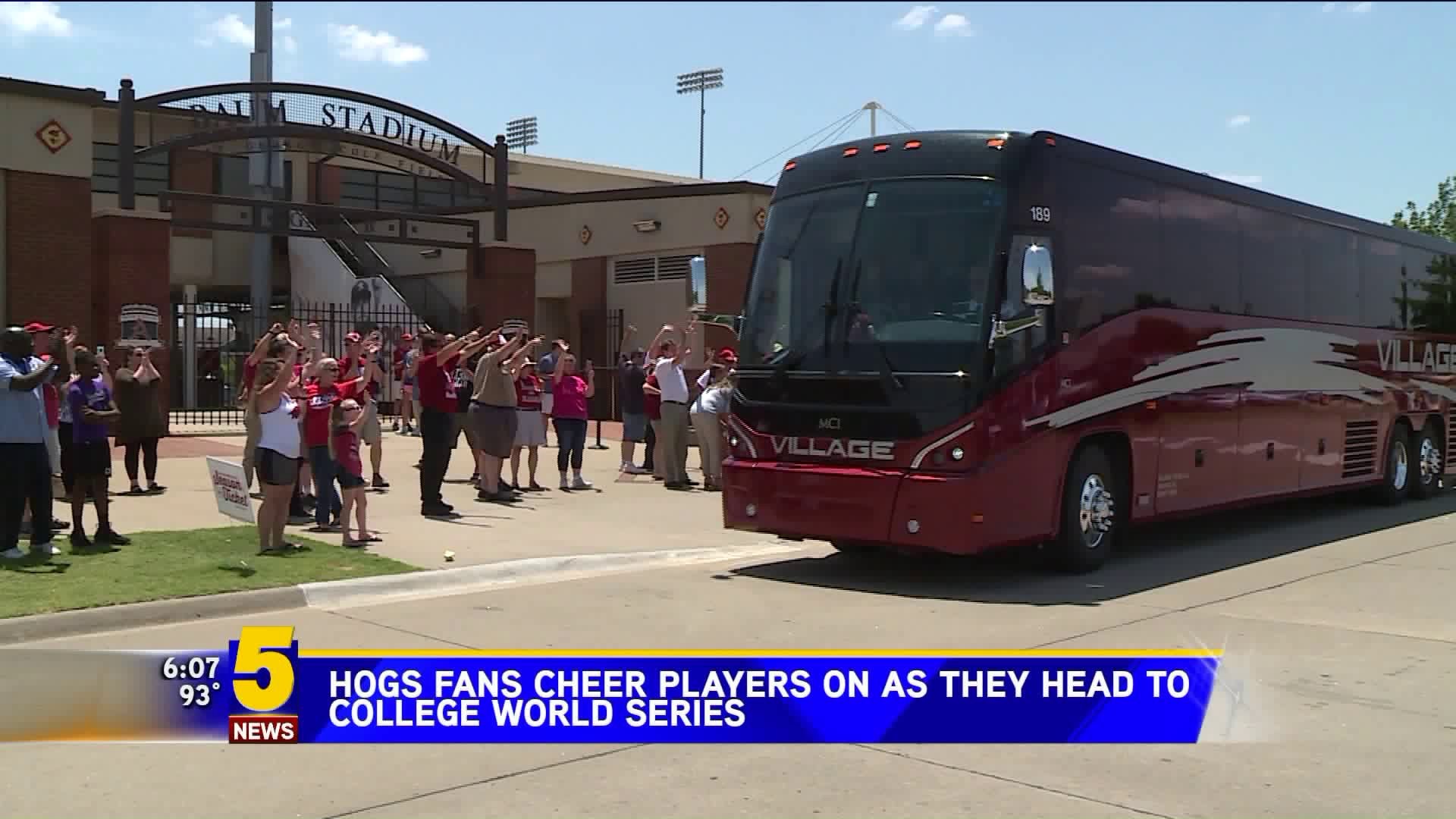 FAYETTEVILLE (KFSM) -- Dozens of fans lined up at Baum Stadium Thursday (June 14) to send the Arkansas Razorbacks baseball team off with well wishes and with one thing on their minds -- Omaha.

The Razorbacks are playing the Texas Longhorns in Omaha at 1 p. m. CT Sunday (June 17).

"It'll be tough, Texas is always tough, but I think we can beat them again," said Hogs fan Marty Cornell.

Many people were decked out in their best Razorback gear as they cheered for each player getting on the bus.

It's the kind of support one fan believes can change the way the series turns out.

"We've been here every game this year and we tailgate every weekend; there was no way we were gonna' miss this, those guys are like family to us and we follow them every where," said another fan.

While others are crossing their fingers and praying for the best, Cornell is debating whether or not to bring her good luck charm.

"I have a chefs hat that I've worn to some of the games; although, I haven't been wearing it lately so I don`t know if I should mess with the juju if I wear the cook hat," said Cornell.

Everyone at Baum Stadium did agree on one thing -- we're not only going to Omaha we're gonna' win it!