Hogeye Marathon Didn’t Have A Shortage Of Runners

SPRINGDALE (KFSM) — Hundreds of people hit the pavement for the 42nd Annual Hogeye Marathon. Even with the cold and wind early Saturday (April 14) morning... 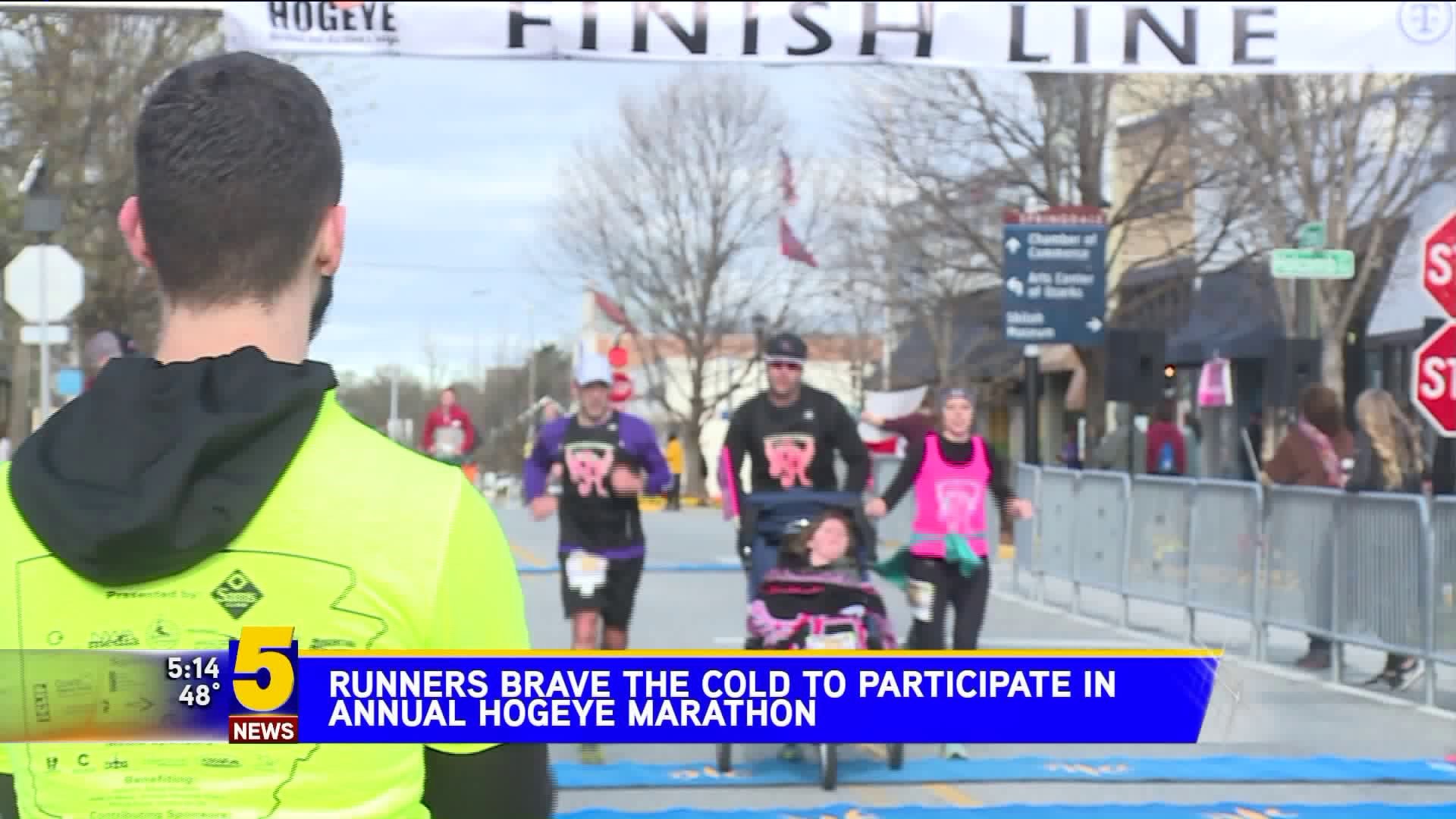 SPRINGDALE (KFSM) -- Hundreds of people hit the pavement for the 42nd Annual Hogeye Marathon.
Even with the cold and wind early Saturday (April 14) morning, runners were on Emma Avenue in Springdale ready for the marathon, or 5K.
The new course is primarily on Springdale streets, but some of the race crossed into Johnson and Fayetteville.
"To get out here at 6:15, in the dark, and the winds were coming from the north ... it's why do I do this," said Julie.
But, overall the warmth of the human spirit overshadowed the cold.
This is the second year the race has been held in Springdale after it had primarily been held in Fayetteville in the past years.
"People come from all over, it's a Boston Marathon qualifying race and it's also on the Arkansas Grand Prix circuit," Tabby Holmes explained.
For many people who crossed the finish line, it's more than a race.
"If you would have told me eight months ago that I would've been running a 5K, I would've laughed in your face," said Tony Johnson who recently lost more than 50 pounds. "But I feel great that I've done it and I'm looking forward to the next one."
The race director said they had about 1,800 runners this year.
That's around 300 more than the previous year.
The goal of this race is to promote fitness and to give back charitable causes in the area.
Next year's race will be on April 6!