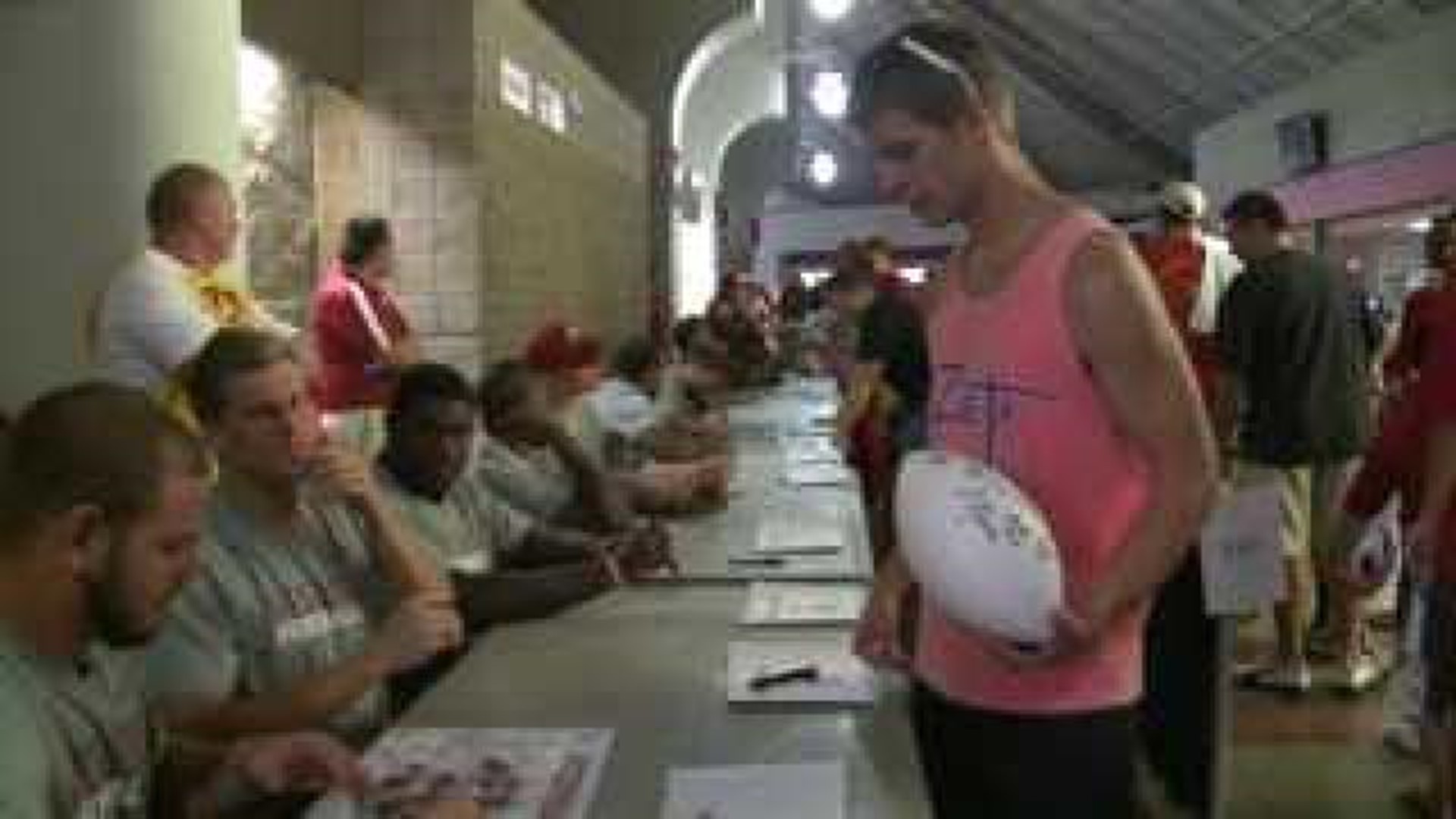 Fans lined the Bud Walton Arena waiting for a chance to get an autograph from one of the 2012 Razorback football players.

The fans had footballs, T-shirts, and posters in hand Saturday as they waited to get their memorabilia signed.

Meeting the team was not the only thing getting Hog fans excited, many said Fan Day is a time to spend with family.

"...It's wonderful that the Razorbacks do this for the children,” said Amanda Aughenbaugh.  “It's a once-in-a lifetime deal."

While some fans were eager to meet their favorite football player, others were looking forward to meeting the entire team.

“We are just ready to see the players and get the kids excited about the scrimmage," said Dale’s wife, Brandi.

Fans old and new came out to the Bud Walton Arena to show their support.

"I used to not watch it that much and then I turned 10, and I started liking it,” said Christian Woods.

Fans will also get a sneak peek of the new video board at Razorback Stadium Saturday night.

The high definition video display is said to be one of the largest in college football.

The team will scrimmage Saturday at 7 p.m. The scrimmage is open to the public.