Historically Registered Bridge In Natural Dam To Be Demolished

NATURAL DAM (KFSM) — A historic truss bridge along Highway 59 in Natural Dam will soon be demolished. The bridge was built in 1934 has been the centerpiec... 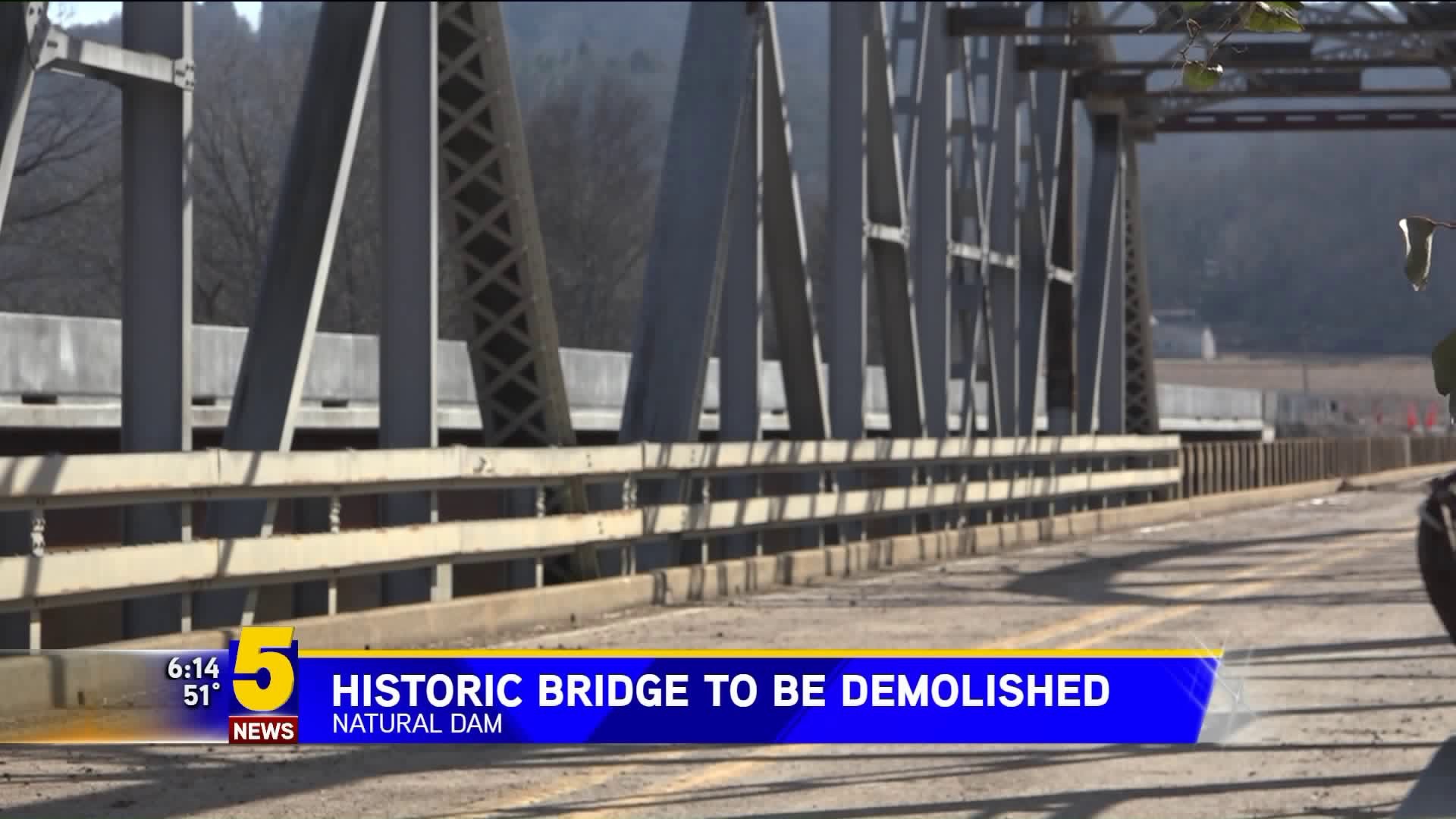 NATURAL DAM (KFSM) -- A historic truss bridge along Highway 59 in Natural Dam will soon be demolished. The bridge was built in 1934 has been the centerpiece for the small Crawford County community since it was constructed.

Ellison said he used to sit on the banks of Lee Creek and watch crews as they constructed the bridge by hand.

"On Saturdays, when they wasn't working we'd inspect all this," Ellison laughed.

The Arkansas Highway Department built a new bridge alongside the 1934 truss bridge. Directors said the new construction lead them to begin the search to find the old bridge a new home since it's on the National Historic Registry.

Originally, The Fort Chaffee Redevelopment Authority was going to take the bridge and use it as a walkway and centerpiece of new construction. ARDOT authorities said FCRA changed their mind. ARDOT directors continued their search to find the historic bridge a new home with other communities, but said they had no luck.

The bridge, according to ARDOT authorities will be demolished as early as the end of January 2018.