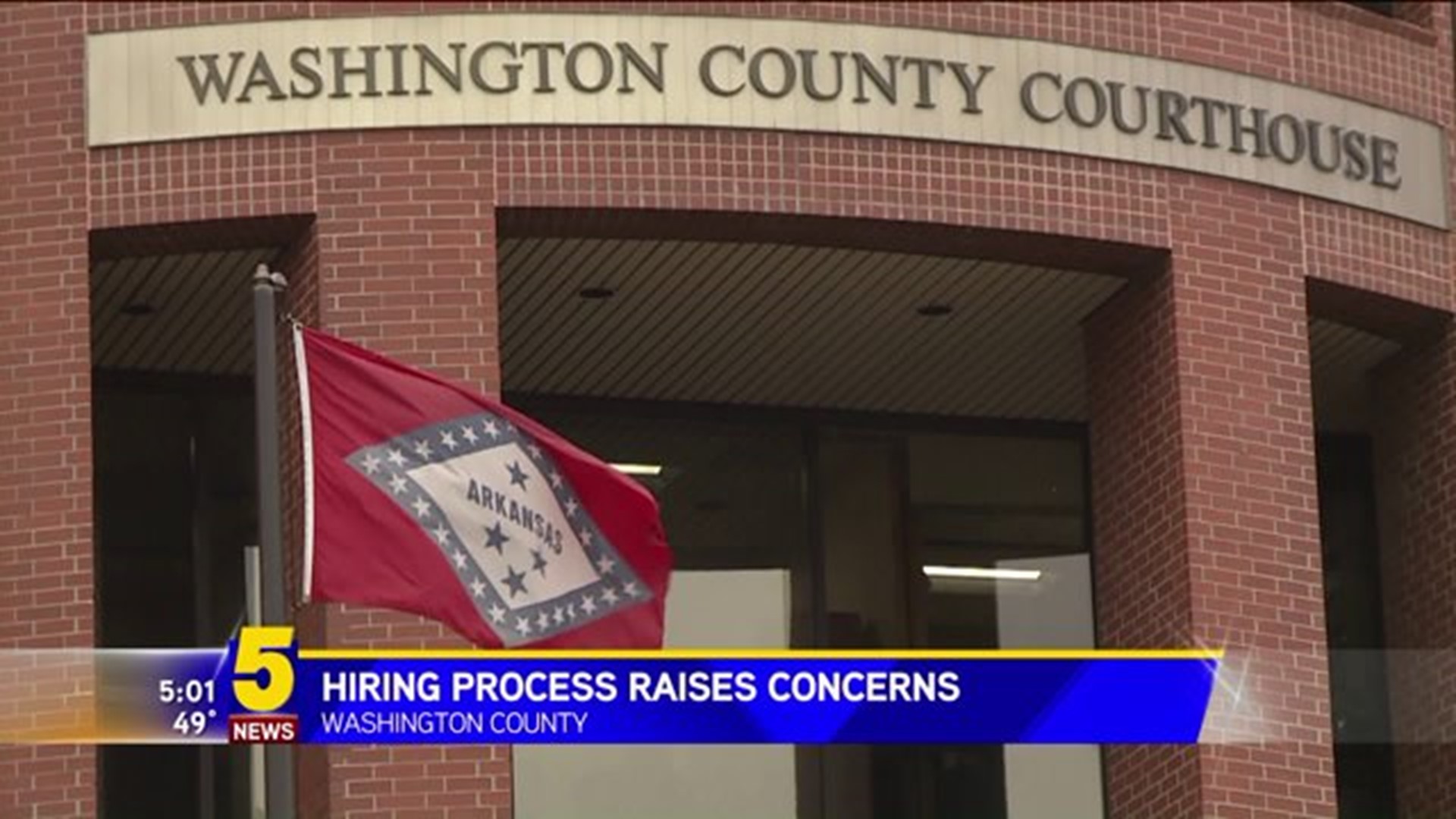 WASHINGTON COUNTY (KFSM) -- Several county employees were let go or resigned when the new Washington County judge took office at the beginning of January, and some people have expressed concerns about how those positions were filled.

Before new Washington County Judge Joseph Wood took office, he let four employees go and several others resigned -- all of which follows the protocol set out in the employee handbook. However, Justice of the Peace Rick Cochran said he's concerned about the county's new hires, which include planning director, grants administrator and public utilities director, chief of staff and county attorney.

“Some of the people are coming in with minimal experience or no experience to the positions they've been hired to," Cochran said. "When you have people who have multiple years of experience and training in that, it is really hard to understand what is going on."

The county employee handbook states all county positions have to remain open for five days and have to be posted online if an elected official plans to hire someone through a job opening. The county's human resources department said that didn't happen in this case.

“I don't know exactly why we are seeing this happen," Cochran said. "You can assume that it is politics, that's what I kind of think it is. I really don`t understand and am disappointed by what I am seeing."

New County Attorney Brian Lester said the jobs were never posted because they were never considered open. He said they were instant transfers who started when Wood began his term.

Cochran said he hopes the county gets the grants approved at the volume it has in the past.

“We have a grants administrator position that has been replaced,” he said. "That position has been able to provide us over $2 million in grants over each of the last four years."

Lester said Wood met with many people for the various positions before making the hires, but the exact numbers are not available. 5NEWS requested résumés, but we were told there weren't any available.

Additionally, 5NEWS reached out to the Arkansas Association of Counties to ask about hiring procedures, but we were told to call a Little Rock law firm.

George Butler, who was the chief of staff for former Washington County Judge Marilyn Edwards, said she advertised and interviewed for all open positions and promoted from within, which the policy allows. He said this was also the practice of the judges preceding Edwards.

The new county employees hired directly by Wood include: