FORT SMITH, Ark. (KFSM) — The Highway 64 eastbound bridges between Roland and Fort Smith are now back open to one lane. This comes after it has been closed for ... 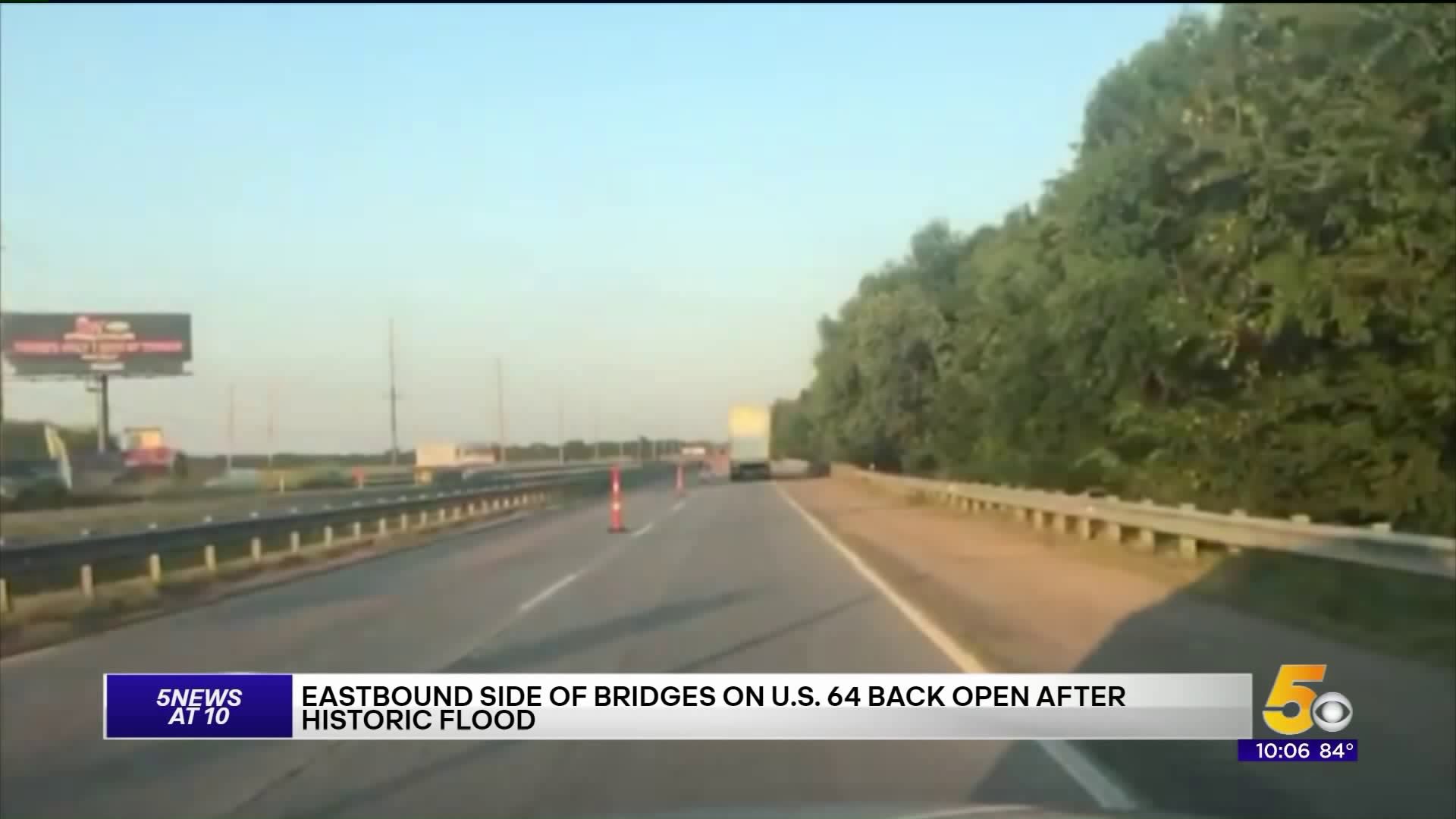 FORT SMITH, Ark. (KFSM) — The Highway 64 eastbound bridges between Roland and Fort Smith are now back open to one lane. This comes after it has been closed for a few months because of historic flooding.

Traffic is slow, but it is still moving.

Many drivers are looking forward to a shorter commute to work now that the bridges are back open.

The speed limit right now is 35 miles per hour.

Before the reopening of the eastbound lane, east and westbound traffic used the same side of the highway because the Arkansas River had washed out portions of the bridge, causing it to be severely damaged.

Zachary Fawver is an Oklahoma native who works in Fort Smith every day. He says the eastbound lane opening back up is a good start to his week.

"We use this road every day and before then we had to go the back way which is obviously a whole lot slower," Fawver said.

The Oklahoma Department of Transportation (ODOT) is urging drivers to use caution when traveling over the east and westbound lanes since it's expected to be highly traveled.

Kenna Mitchell with ODOT says east and westbound US-64 will remain narrowed to one lane in each direction until further notice.