SPRINGDALE (KFSM) — There’s good news for drivers in Northwest Arkansas because another portion of the Interstate 49 project is set to open soon. Th... 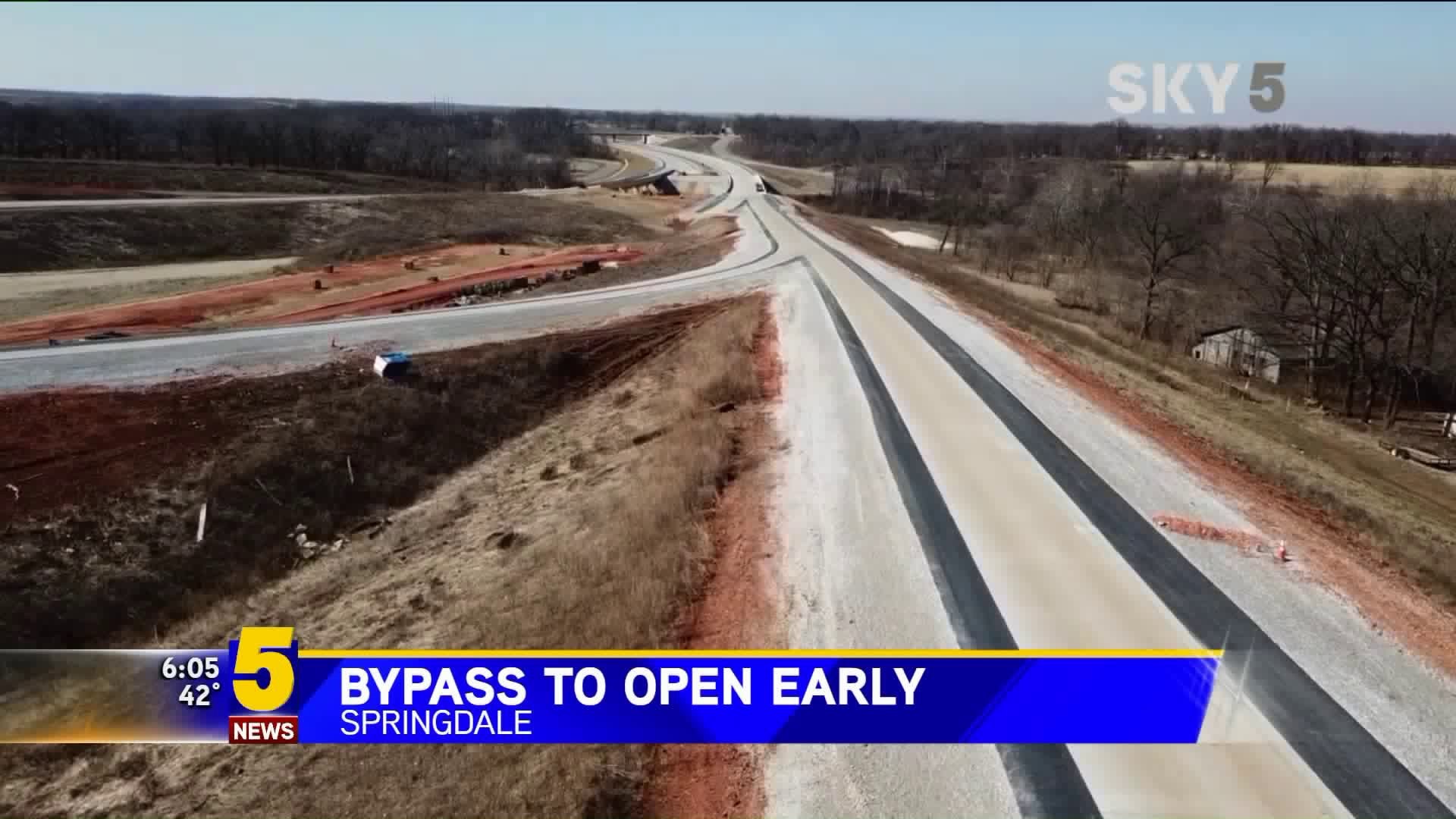 SPRINGDALE (KFSM) -- There's good news for drivers in Northwest Arkansas because another portion of the Interstate 49 project is set to open soon.

The first segment of what will become the U.S. Highway 412 northern bypass around Springdale is set to open this spring a year ahead of schedule.

At more than $100 million, Arkansas Department of Transportation spokesman Danny Strassle said this is the single largest project ArDOT has ever put into construction.

“That's a lot of money for what we are getting out this which is actually a four-lane divided interstate style facility bypass. The only connection you have is from Interstate 49 to State Highway 112,” he said.

Strassle said drivers should be glad to know that the inside lanes of I-49 that have been closed in Lowell will be open to drivers by March. The contractor had to use those lanes to build the flyover.

He said once more funding becomes available, they will be able to finish other phases of the project.

The planning for this project began more than two decades ago, but thanks to voters who approved the half cent sales tax in Nov. 2012, they are finally close to having it open to the public.

“We've identified a need for a bypass around Springdale for a long time, just because of the tremendous growth, the amount of traffic on 412, east, west, you know all the way over to Siloam,” he said.

The bypass will also be a quicker way to for drivers to get to the Northwest Arkansas Regional Airport once the airport meets ArDOT with the access road.

Executive Director of NWA Regional Airport said they have a $14 million federal grant for the airport access road.

He said they estimate the total cost of the road to be $60 million, and options for funding the remaining amount are still being explored.

He said they are still working on the Environmental Impact Statement and hope to conclude that process this year. He said they can’t move forward on construction until that process is completed.