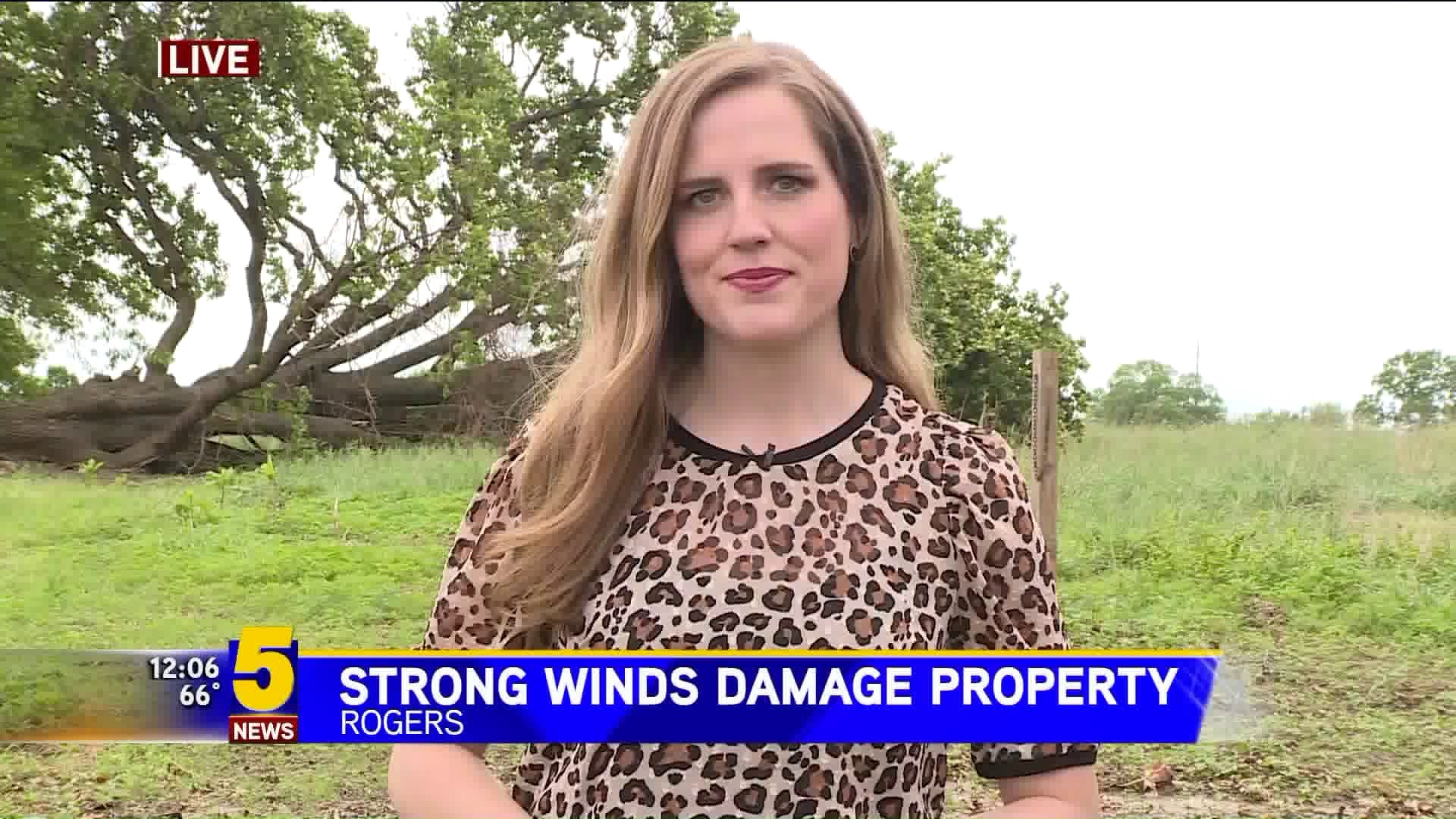 The wind gusts came through between 1-2 a.m. and brought down trees and tree limbs, some of which knocked out power.

Trees were uprooted on Sunbridge Lane in Rogers, damaging the home there. The homeowner said the trees damaged the garage, but no one was injured. About 10 trees fell on the 5-acre property, they said.

Both SWEPCO and Ozarks Electric were showing power outages throughout Northwest Arkansas along a southwest-to-northeast path.

Prairie Grove Police said a tree came down on some power lines at Neal and Parks streets near downtown, causing minor damage to a home and knocking out power for about 20 minutes until crews got everything back online.

Farmington Police also reported a home received damage from a fallen tree there. The Washington County Sheriff's Office said they had heard of the Farmington report as well as reports of trees and power lines down in Lincoln and along Highway 16 near Wedington Blacktop as well, all with minor damage.

Springdale reported minor damage near U.S. 412 and Habberton Road, but it was cleared up by 5 a.m., Springdale Police said.

The Lewis' in Siloam Springs said 25 trees that are over 60 feet tall fell around their home on Martin Pedro Road.

"There were huge trees falling. It made a horrific noise. We're just blessed most of them fell away from the house," Loyce lewis said.

Fayetteville Police reported trees and power lines down in the southern part of the city, with several intersections briefly without power, including Armstrong and 15th Street near the Fayetteville Animal Shelter, School Avenue and 15th Street and Huntsville Avenue and Morningside Drive.  The intersections were back up by 5 a.m., but crews were still working to restore power to a few residential areas.

High winds also hit Benton County. The sheriff's office reported trees down in Cave Springs and a few scattered power outages. In Rogers, trees were cleared up and power outages were reported in the area of 8th and Olive streets and 13th and Persimmon streets. Crews from SWEPCO were working to restore power to the area.