CENTERTON, Ark. (KFSM) — A helicopter made an emergency landing Tuesday (June 25) morning in the Sienna Estates neighborhood, but none of the four passengers on... 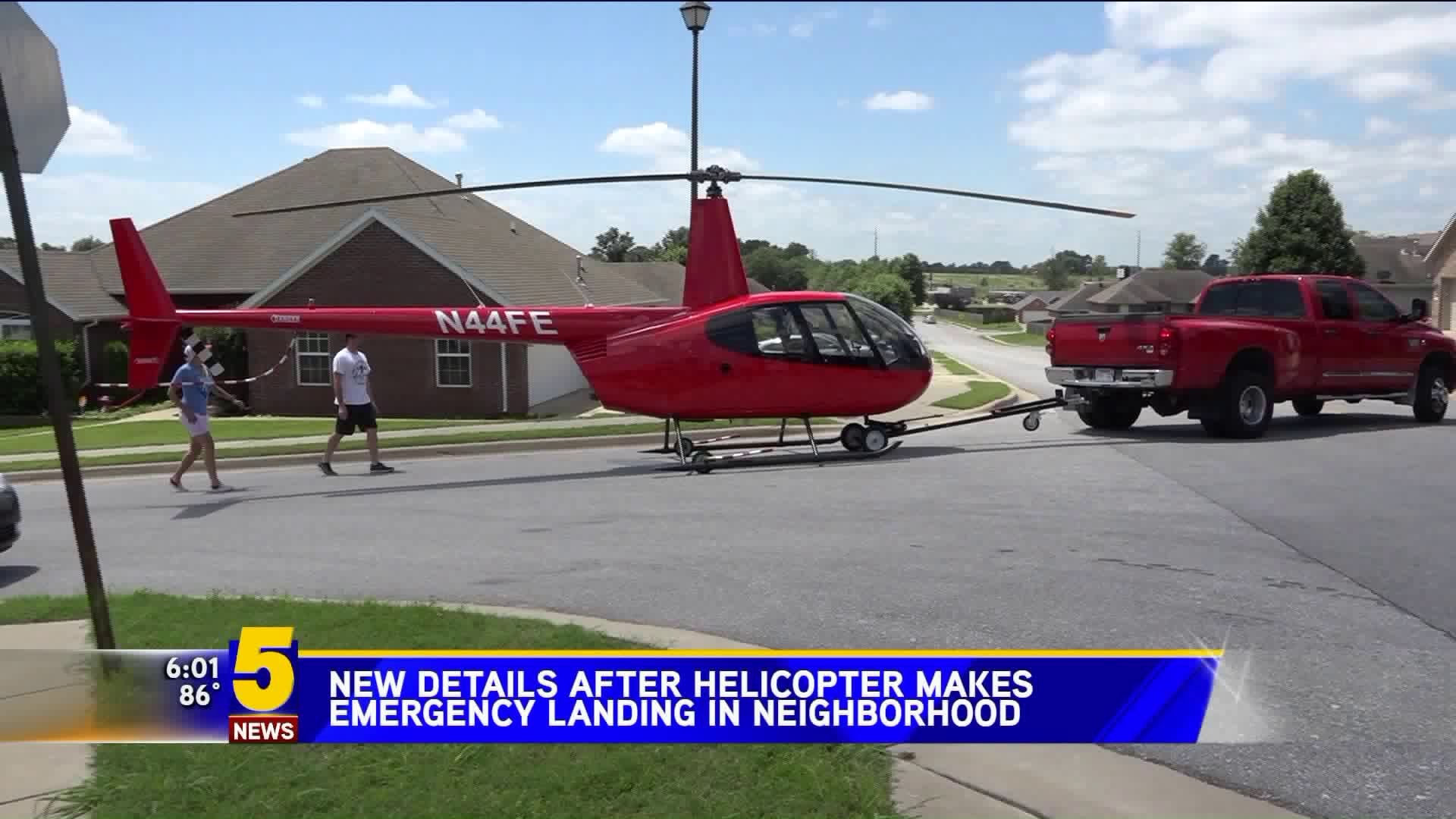 CENTERTON, Ark. (KFSM) — A helicopter made an emergency landing Tuesday (June 25) morning in the Sienna Estates neighborhood, but none of the four passengers on board were injured, according to officials.

The helicopter was a Robinson R44, which is a light helicopter that can seat four people and belonged to ARH Aviation.

The pilot,  Austin Riley along with three passengers were on a photography tour when the plane engine lost power over Centerton.

Riley spoke exclusively to 5NEWS and says he's eternally grateful for the air traffic controllers for their quick response.

Shannon Culler, a helicopter chief who has been flying for more than 20 year says R44's are not dangerous and it was a freak accident.

"If you look at the statistics it really is a fraction of the percent of the hundreds of thousands of flight hours than an incident will occur," Culler said.

A neighbor tells 5NEWS they saw the helicopter spinning in the air shortly before it landed.

The neighbor said the pilot "did an amazing job controlling it as it went down" as they watched the helicopter lose altitude before it landed in the middle of Curtis Street.

Police declined to comment but said they were forwarding the case to the Federal Aviation Administration (FAA).

A spokesperson for the FAA, Lynn Lunsford, said the helicopter lost engine power, declared mayday and autorotated, landing in the road. He added that there were no injuries and there wasn't any damage to nearby homes or the helicopter.

A tractor-trailer picked up the helicopter, according to Mayor Bill Edwards said.