NORTHWEST ARKANSAS — With a weekend full of outdoor events in our area, the chance of storms and heavy rain could put a damper on some plans. Communications Dir... 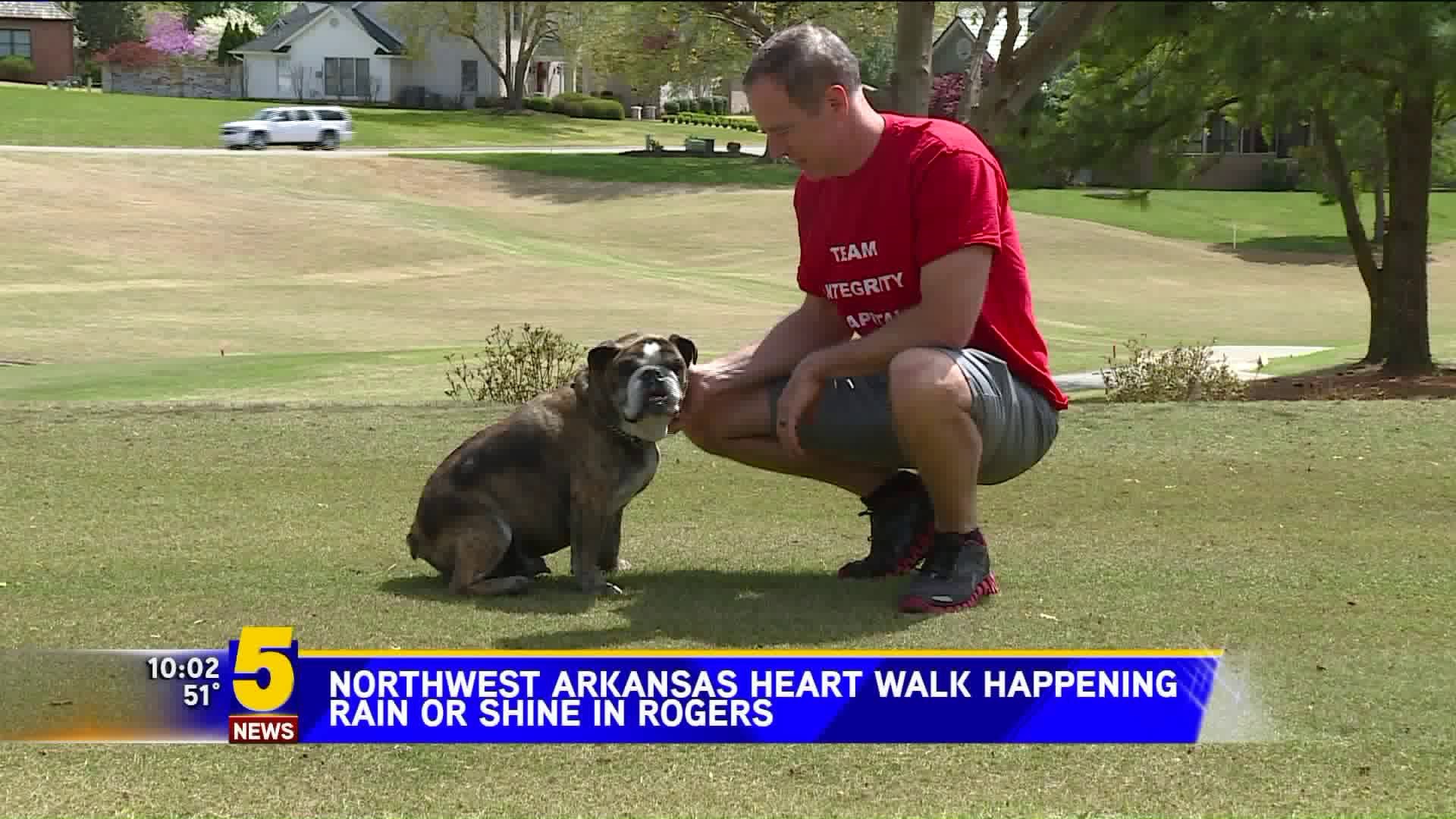 NORTHWEST ARKANSAS — With a weekend full of outdoor events in our area, the chance of storms and heavy rain could put a damper on some plans.

"The walk will go on rain or shine," King said. "We are not going to be stopped by the rain so tomorrow's apparel might be the poncho."

The AHA hosts its 25th anniversary for the Northwest Arkansas Heart Walk. The walk starts in Rogers near the Walmart AMP at 8 a.m.

"We are going to feature 25 survivor families not just survivors, but the people in their families who have been affected by their hear diseases or their stroke or whatever they have suffered from," King said.

King said during the first year of the event in 1993 the AHA raised $2 million and now over two decades later she said that number has skyrocketed. In 2019 they are raising $130 million nationwide.

Cletus the dog is a special four-legged participant who has a heart condition of his own. He comes to the race to help spread awareness about heart disease. Cletus' owner Brandon Simmons will be pushing him in a stroller for the walk.

"He has been all the fun that a puppy is with a few extra worries on top of that if you will," Simmons said.

Cletus' heart is three times the size of other dogs in his breed and his family said they have become more heart aware now that they have him.

"He can't run like the other dogs can so we just push him around and that obviously helps keep us in shape because when you are pushing a trailer it's a lot more energy than having a dog run beside you," Simmons said.

King invites other furry friends to come out to the Heart Walk as well.

"We not only invite people to bring their dogs, strollers, and their children," King said. "It's a family affair and we encourage them to do that."

5NEWS is proud to be a sponsor of the American Heart Association Heart walk and 5NEWS Sports Director Bobby Swofford will be at the even and serve as an MC.